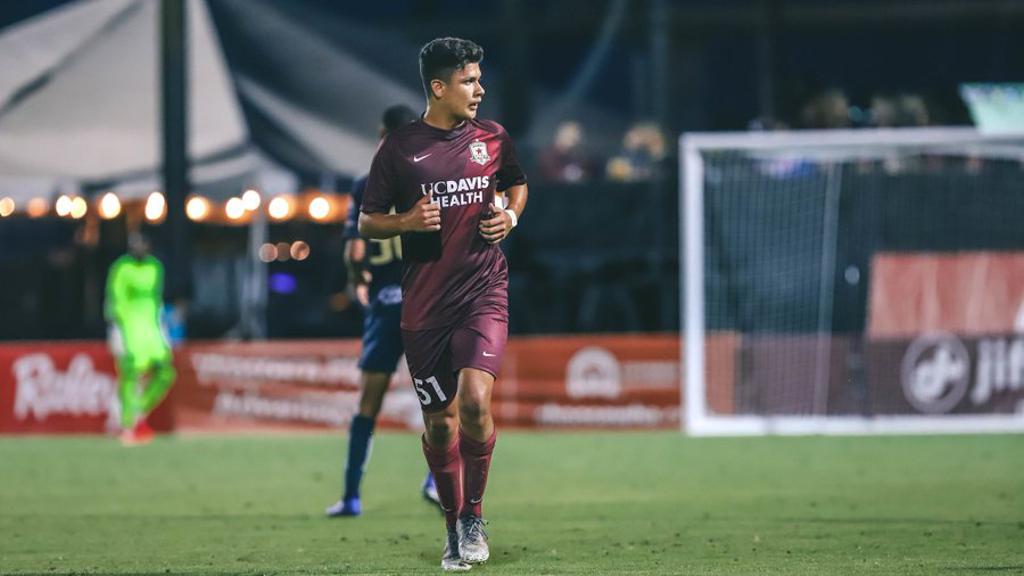 SACRAMENTO, Calif.  — Sacramento Republic FC announced on Tuesday it had signed 15-year old Rafael Jauregui to a USL Academy Contract, pending league and federation approval. The signing will see the U.S. Youth National Team player join the club as the Championship prepares to return to play on Saturday, July 11.

The Sacramento-native joined Republic FC’s Academy in 2017 from San Juan Soccer Club and made his first team debut against Club America’s U-20 in 2019. He will now be eligible to join the club for USL Championship competition while retaining his amateur status. He is the thirteenth USL Academy signing in Republic FC history.

“Rafa is fearless every time he steps onto the field, and it is that confidence that serves him well at any level, be it our academy, our first team, or youth national teams,” said Republic FC General Manager Todd Dunivant. “His future is bright in Sacramento, and this is another important step for his development.”

Jauregui has been selected for U.S. Youth National Team action three times and is one of eight Republic FC players who have been called up for Boys’ YNT competition. Most recently, he joined the U-15 Boys’ team for the 2019 Concacaf Championship where he started three games and netted two goals en route to the semifinals. Since 2017, Rafael has scored 32 goals in 82 U.S. Development Academy games. Earlier this season, he joined the team’s 2020 training camp and featured against MLS side Seattle Sounders FC.