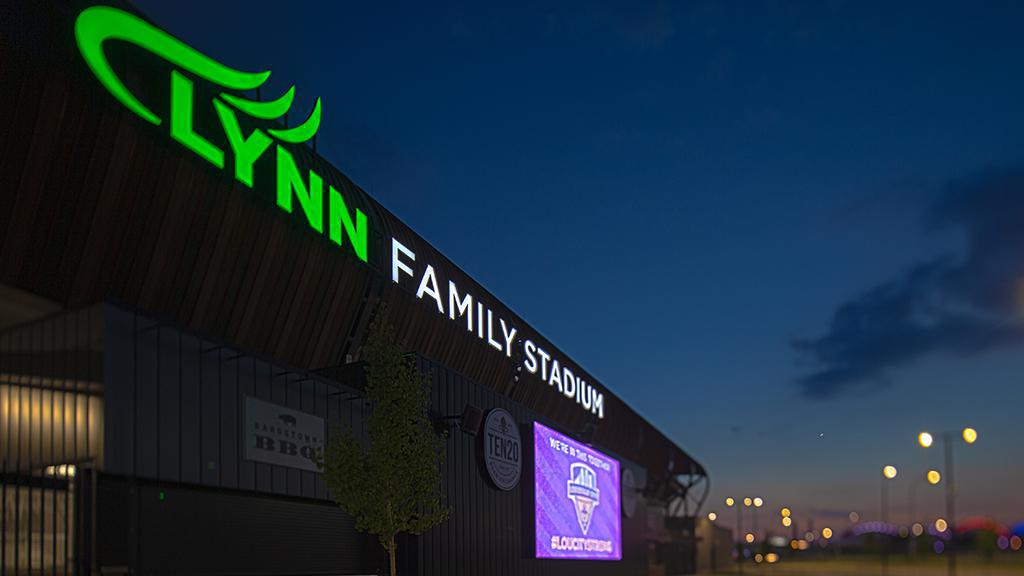 TAMPA, Fla. – Louisville City FC’s new 15,304-capacity Lynn Family Stadium will have a national audience for its official opening, with the club’s contest on Sunday, July 12 against Pittsburgh Riverhounds SC set to air nationally on ESPN2, ESPN Deportes, and the ESPN App.

Construction was completed on the $65 million facility prior to the start of the 2020 USL Championship season, but its home opener – scheduled for Saturday, April 11 against Birmingham Legion FC on ESPNEWS – was postponed due to the COVID-19 pandemic.

With the Championship set to resume on Saturday, July 11, the two-time title-winner will now have the opportunity to play at its new home in front of a national audience.

“The time has arrived, and we are ecstatic to finally open Lynn Family Stadium,” said LouCity president Brad Estes. “So much time, effort and support has gone into making this idea of professional soccer a reality in Louisville, and we look forward to celebrating our city on July 12. We wish we could pack the stands with 15,000, but those who can’t watch in person will be treated to a great broadcast.”

Louisville City FC’s new 15,304-capacity Lynn Family Stadium will have a national audience for its official opening, with the club’s contest on Sunday, July 12 against Pittsburgh Riverhounds SC.

LouCity announced last week it had been approved by Kentucky Governor Andy Beshear to host a crowd of 50 percent capacity, with the club detailing social distancing measures for all those in attendance. The contest with the Hounds is a rematch from the 2019 USL Championship Playoffs, when LouCity rallied to earn a 2-1 victory in extra time at Highmark Stadium on its way to lifting the Championship’s Eastern Conference Title for a third consecutive season.

Louisville opened its season with a 1-0 victory on the road against North Carolina FC, with 2018 Championship Golden Boot-winner Cameron Lancaster scoring the lone goal of the game. The contest will mark the season opener for the Hounds, who finished on top of the Eastern Conference a season ago.

“We are so excited to finally play in Lynn Family Stadium,” said LouCity Head Coach and Sporting Director John Hackworth. “It is not lost during these unprecedented times that as professional athletes; we have a small part to play. Yet for the Louisville community and our amazing fans, July 12 will be a wonderful day. Getting the chance to open Lynn Family Stadium on national TV versus one of our fiercest rivals, Pittsburgh, will be an incredible experience.”

A full USL Championship on ESPN schedule will be announced in the coming days, in addition to the league’s complete schedule for its return to play in two weeks.