Even With Games On Pause, Playing for Pride Continues

Virtual fundraiser has been different, but players have noticed change in way social messages have been received 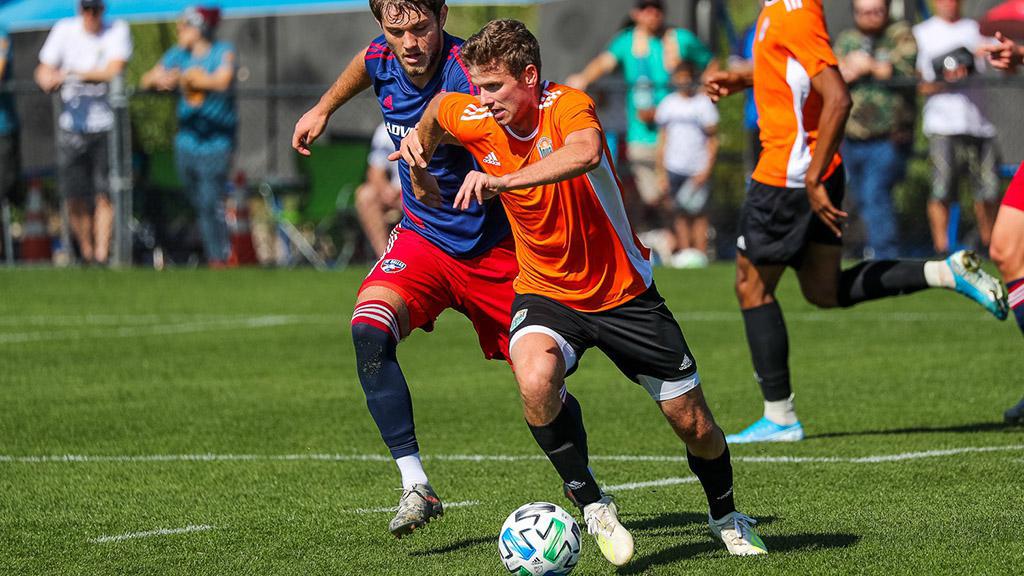 In a normal year, right about now San Diego Loyal SC’s Collin Martin’s Playing for Pride page and social media would be a hive of activity, getting fans excited about the club’s road game on Saturday night against Colorado Springs Switchbacks FC, with a string of donations already having been made off his prior performances in the month of June against FC Tulsa and OKC Energy FC.

Instead, it’s now just over three months since SD Loyal – and every club in the USL Championship – has seen the field due to the COVID-19 pandemic, with a return to play not scheduled to arrive in time for Pride Month’s normal celebrations.

“It definitely takes some of the fun away,” said Martin this week. “Part of what makes the month special, at least for me the last couple of seasons, has been trying to play and represent myself and Playing for Pride, but now we don’t have any games to actually do that. And I think there was definitely a little bit of added interest for guys to perform well, score goals, get assists, so they could donate more, so that definitely is not the same without the playing.”

But while there may not be games in the Championship this June, Playing for Pride’s mission has continued virtually.

The players that normally would be seen in action have instead used their digital channels to continue the movement online for a cause that since its launch by the now retired North Carolina FC player Austin Da Luz in 2017 has grown in both size and visibility each year. Instead of fundraising through games, jersey auctions have become a popular way to generate donations, while some players have innovated to find new metrics beyond the traditional goals, assists, shutouts and appearances to offer ways for fans to match their efforts in return to play training. 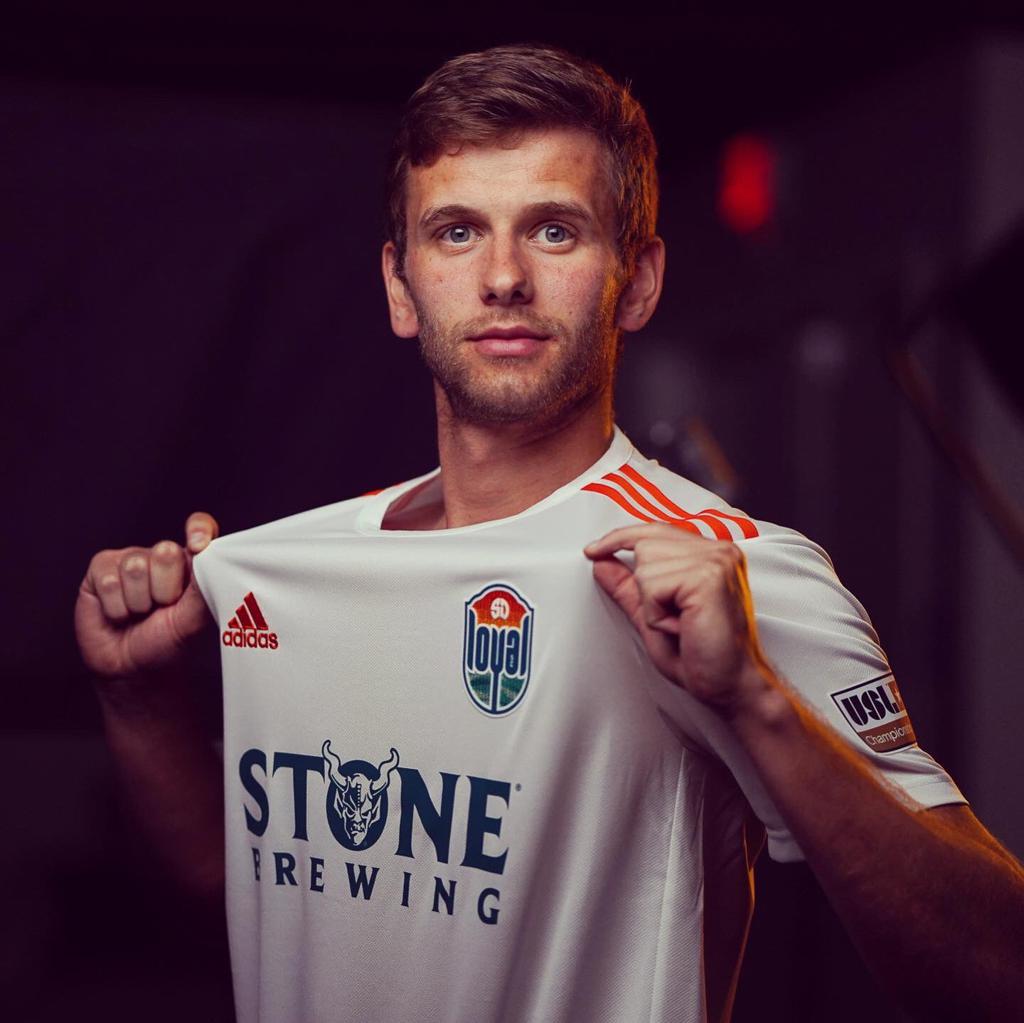 "Part of what makes the month special ... has been trying to play and represent myself and Playing for Pride, but now we don’t have any games to actually do that." - San Diego Loyal SC midfielder Collin Martin

Maybe the most innovative is former Ottawa Fury FC player Chris Mannella, now with York9 FC of the Canadian Premier League, who is tracking his total kilometers run in training over the course of June to serve as his fundraiser. “I thought that was pretty cool,” said Martin.

In addition to fundraising, though, the central mission of Playing for Pride has been raising the issue of homophobia within both sports and society and providing the impetus for societal change. In that way, it has been part of the larger growth of visible athlete activism dating back to the protests by players from the NFL, NBA and WNBA in 2016 following the killing of Eric Garner by New York police officers.

Then, the messages being sent by players on social media and in venues – including the kneeling by NFL players during the playing of the national anthem – were dismissed by some and twisted by others. More recently, however, the messages being delivered by protestors around the country against police brutality and systemic racism are being clearly heard.

The change in attitude between the treatment of players like former San Francisco 49ers quarterback Colin Kaepernick and those now raising their voice in support of societal change has been noticeable.

“I think [Kaepernick’s treatment] was a huge microcosm of how athletes and celebrities were treated if they tried to advance any sort of political change or anything of that matter,” said Tampa Bay Rowdies midfielder Zach Steinberger. “So, I think seeing athletes and celebrities now are being well received when they’re trying to effect change – and not just well received, encouraged – it’s a shift that is really going to help move the needle to where we want to be as humans and the way we treat each other, and as a society. It’s so encouraging to see that happening now.”

For his part, Martin has never been one to shy away from speaking up about issues that matter to him. Currently the lone openly gay men’s professional soccer player in North America, his national platform to speak on LGBTQ+ issues is one he has embraced since coming out two years ago. At the same time, he too has noticed a difference in the way that message has been received more recently.

“I have noticed a little bit that people are turning away from the ‘shut up and dribble’ idea,” said Martin.
“I think for the most-part, the one thing that’s consistent is that athletes are role models in the community. People care about what we say, and it’s important that we not only educate ourselves about what we say but that we do use our voice and stand for things that matter to us.”

The changing sentiments toward vocal support – both online and in communities – is offering an opportunity for more players to discuss matters and causes that are important to them. According to Sacramento Republic FC’s Sam Werner, that shift has meant a larger group of voices are now feeling the opportunity to be heard, where before they might have stayed on the sidelines.

“I think there’s another side to it where anyone who may have had any reservations from the athlete side about putting their opinions out or about speaking more freely on issues that are important to them, or impact their teammates, their families, their communities, anything like that, I think people are a lot more willing to speak on that now,” said Werner. 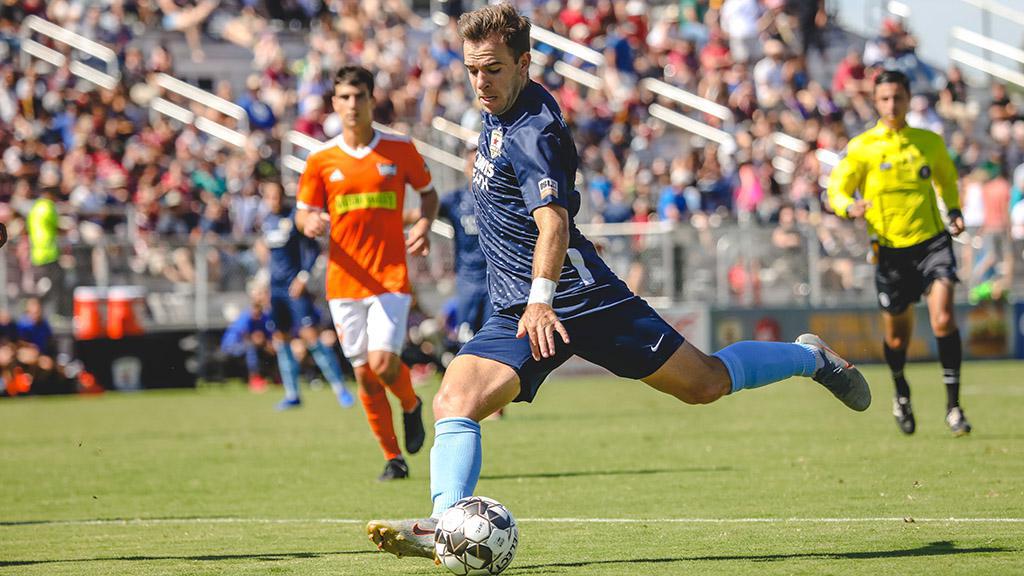 “The fact that it’s growing each year shows more people are becoming comfortable with speaking out,” added Rio Grande Valley FC’s Ben Willis. “Maybe some of those people weren’t of the same mindset that they are now, where they might not have thought this was a big issue, but the more it grows and the more it comes to light, the more people are joining, which shows it is spreading and more people are becoming aware of this issue, and being on the right side of history when it comes to these issues instead of staying silent, because staying silent doesn’t help anything.”

Now in his second season with the Toros, Willis has been active in Playing for Pride since prior to joining the professional ranks, with his performances in USL League Two – where he played for both Lane United FC and Sounders FC U23 before turning pro last year – having served as the opportunity to raise funds for a cause he is passionate about. For Willis and others like Werner and Steinberger that play for different clubs across the Championship, the work being done locally is as important to carry the message forward.

“People like me, we’re not household names, but in our markets, people know us, people support our teams,” said Willis. “So, when I’m speaking out, especially in South Texas, I have a lot of followers down here, and it helps spread the word. When you have people from all over the country, all over the world joining in, a lot of them aren’t household names, a lot of them not many people know [nationally], but within our markets we’re able to grow this even more than I think people realize.” 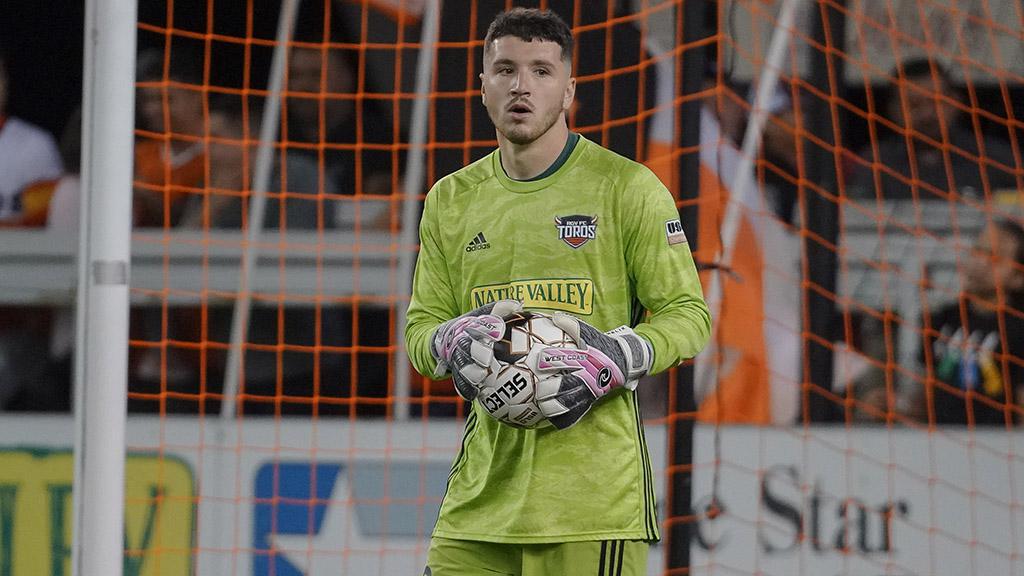 “It’s huge,” added Martin. “I think everyone can use good allies wherever they are, and whether it’s a friend that’s being an ally, whether it’s a teammate being an ally, or someone on your team going out into the community and being an ally to certain people, I think it’s crucial. … If you’re affecting change just with your families, that matters, because then your family members are going to go out into the world, and they deserve to be educated in the right way.”

This year, that growing level of education and awareness has led to Playing for Pride’s partnership with the Audre Lorde Project. Based in Brooklyn, New York, and named after lesbian feminist and poet Audre Lorde, ALP has been a key organization for Black members of the LGBT community both in New York City and beyond. This year’s Playing for Pride fundraiser will send 50 percent of its donations to ALP to help its work.

“It shows a sign of the times, but more importantly that people are starting to wake up and understand that there are still a lot of people in our country that aren’t treated the same, and it’s not enough for us to be content with the way our country is treating Black people,” said Martin. “I think Athlete Ally understood the importance of putting their money where their mouth is supporting a group that’s doing the groundwork in New York City in particular, but there’s a lot of other places around the country that need the help as well.”

As more voices are raised – and more money as well – the momentum behind Playing for Pride feels stronger than ever, giving it the potential to carry even greater weight when games return.

“I truly believe in ripple effects and how they can carry a lot of weight,” said Steinberger. “Someone like LeBron James, the amount of people he can reach is obviously incomparable, but I truly believe any voice, no matter how small, can create lasting ripple effects, and when those messages are positive, I think it can be that much more powerful.

“Every little bit of that helps move the needle a little bit closer to where we want to be as a society.” 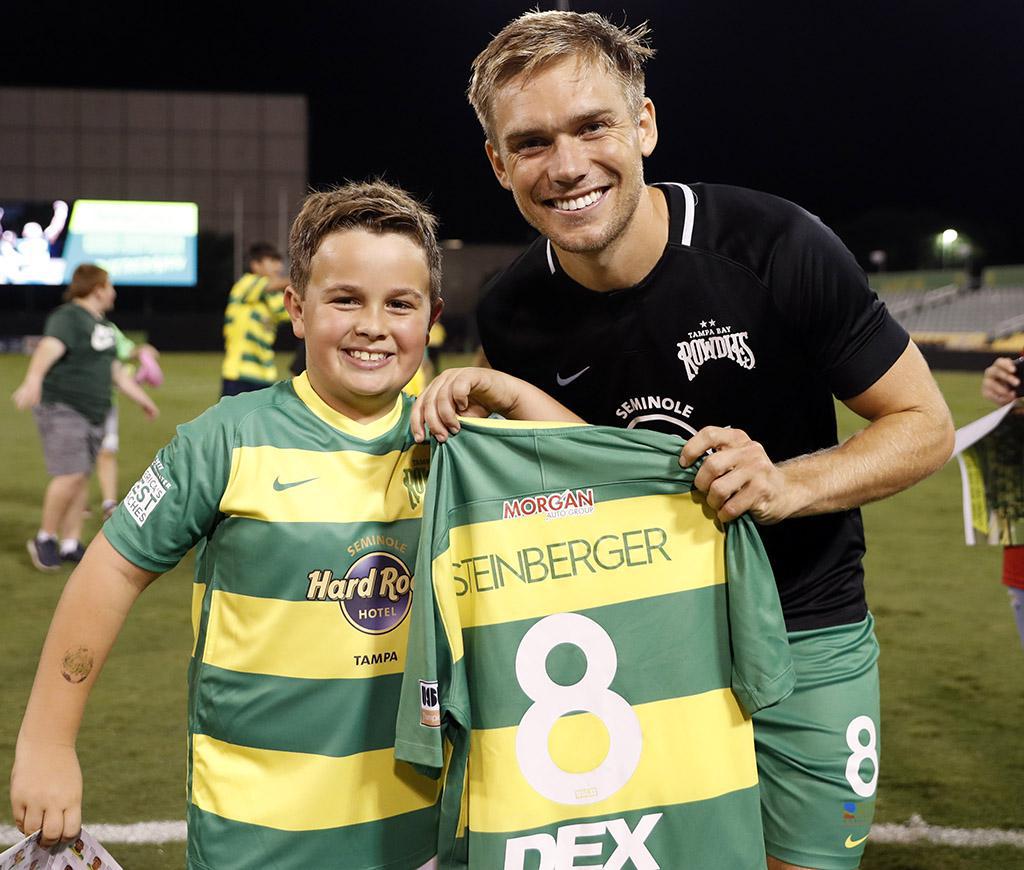 "I truly believe any voice, no matter how small, can create lasting ripple effects, and when those messages are positive, I think it can be that much more powerful." - Tampa Bay Rowdies' Zach Steinberger