From the Pitch - Juneteenth 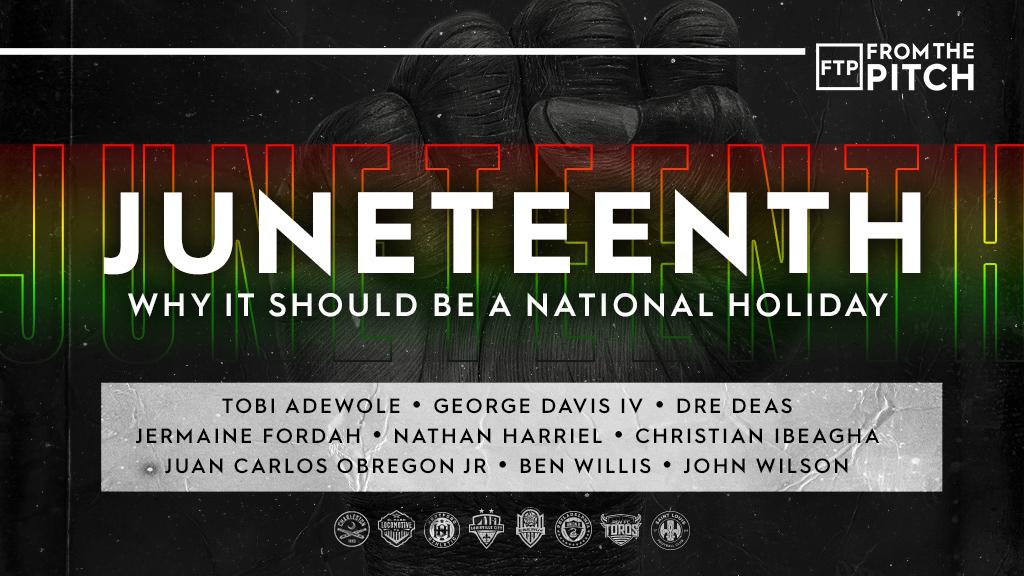 A commemoration of Union army general Gordon Granger's reading of federal orders in the city of Galveston, Texas in 1865 that proclaimed all slaves in the state were thereby free, Juneteenth has been an unofficial American holiday for more than 150 years. In a special edition of From the Pitch, players and coaches from around the USL Championship explain in their own words what the day – also known as Freedom Day – means to them.

What does Juneteenth mean to you?
Do you remember when Juneteenth was first introduced to you?
Have you previously celebrated Juneteenth?
Do you feel as if there will be heightened significance of Juneteenth against the current backdrop? And how do you think recognition of Juneteenth fits into the continued conversation?
What do you think is most important to creating lasting, positive change?