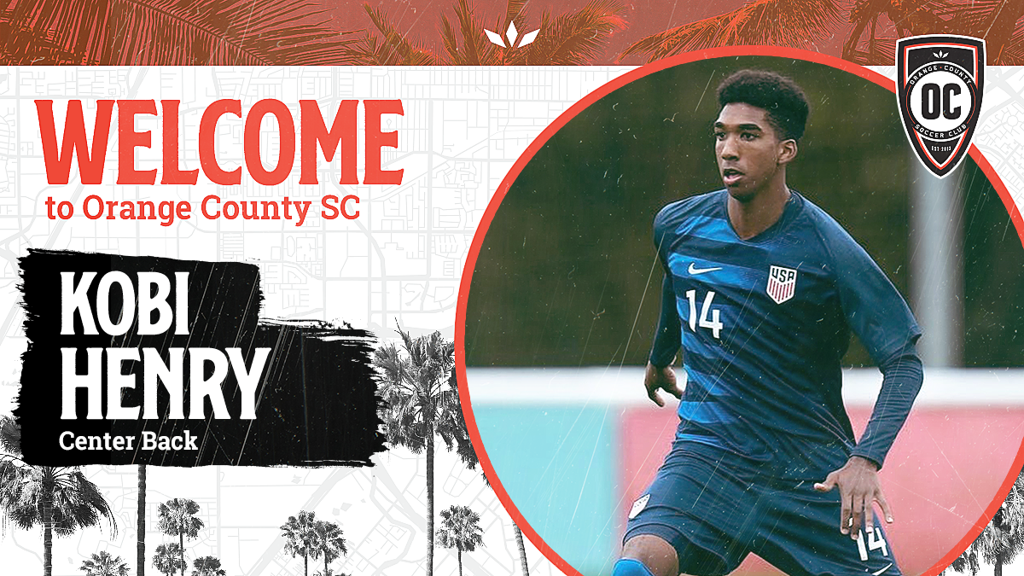 IRVINE, Calif. – Orange County SC announced on Thursday the signing of current United States U-17 international Kobi Henry to his first professional contract. A central defender, Henry joins the club from Inter Miami CF Academy. Per club policy, terms of the contract will not be released.

“Signing my first professional contract is a dream come true and I am excited to live what I’ve been working towards for so many years,” said Henry. “I am thrilled to meet my teammates and get to work on and off the field and continue to develop in a professional environment with the help of the amazing staff at Orange County.

“Orange County was extremely hospitable to me and my family. The entire staff ensured that we felt welcome ed to their club. I was impressed by the work ethic and passion that was displayed during my visit and I felt at home in Orange County.”

“We are thrilled to add Kobi, a very talented and one of the best young players in his position in the US to our roster,” said Oliver Wyss, OCSC President of Soccer Operations. “Kobi has shown great maturity on and off the field and we are convinced that he has a great professional career in front of him. Adding another U.S. youth international to our club shows that we continue to strive to be at the forefront of player development in the U.S.”

The Florida native made 16 appearances in the U.S. Soccer Development Academy this past season for Inter Miami CF Academy, where his performances saw earn selection for the UEFA Development Tournament for the U.S. U17’s held at St George’s Park, England in February of this year. Henry started in two of the three matches, against England and Denmark.

“Kobi is a very exciting and talented signing for our club,” said OCSC Head Coach Braeden Cloutier. “My staff and I are looking forward to leading him through his development at Orange County.”