A top marksman has been key to title success, which players stand out in 2020’s Championship? 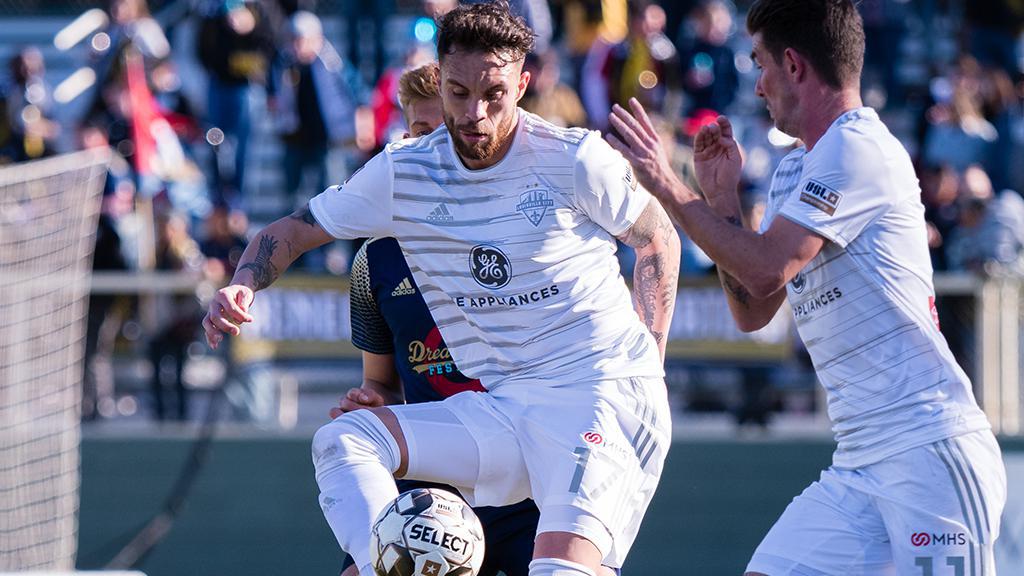 If history is any indicator, to win the USL Championship requires having a top-notch striker.

Want proof? In seven of the past nine seasons, the team that lifted the trophy has featured a player that sat in the top six in regular season scoring. Last year it was Douglas Martinez, whose 16 goals provided the consistent scoring threat for Real Monarchs SLC. Two years ago, Louisville City FC’s Cameron Lancaster had a season for the ages to set up his club’s run.

You can even go back to the early years of the Championship’s history, when Orlando City SC’s Maxwell Griffin and the Charleston Battery’s Nicki Paterson were Golden Boot contenders prior to their respective team’s victories in 2011 and 2012.

So, who are the players who fit the bill for that role in the Championship right now? With apologies to Phoenix Rising FC’s Rufat Dadashov – sorry, man, your debut was great, but I need to see more – here are the players I’d take to be a centerpiece for a title-winner.

Over the past four seasons in the Championship, two players have recorded 50 goals across the regular season and playoffs. One of them is Corey Hertzog, whose consistency has earned him not only fourth place all-time in the Championship’s scoring charts, but also three All-League selections over that span. The other? Well, as you might have guessed from the title to this section, it’s Brandon Allen.

And you know what else? Allen’s produced at a far higher rate than Hertzog has, which is why the 2016 Championship Rookie of the Year and Championship Final MVP is on this list, and Hertzog isn’t. The big issue for Allen has been his regular movement from club to club. After his success with the Red Bulls II there was a loan spell with Minnesota United FC in 2017, then stints with the Philadelphia Union II and Nashville SC in 2018, and then the Tampa Bay Rowdies and Memphis 901 FC last year.

But, wherever Allen has gone, goals have followed. Since the Championship partnered with Opta ahead of the 2017 season, no player with at least 25 goals has a higher shot conversion rate than Allen’s of 32.6 percent. On top of that, his overall strike rate of a goal every 144.4 minutes ranks fifth all-time in Championship history. Memphis has high hopes for what this season and beyond may hold, and Allen’s productivity is in the middle of those plans.

I wrote at the time that Miami FC signed Romario Williams that it was a statement, and his record in the Championship certainly bears that out. The Jamaican international has the fewest goals in the league of anyone on this list, but that’s mainly because he’s been on the fringes of Major League Soccer for the majority of the past four seasons, at Atlanta United FC and then more recently with Columbus Crew SC.

Because of that, Williams’ strike rate is among the best in the Championship over the past four years. Part of that is thanks to his efficiency, at a 65 percent shooting accuracy rate he ranks first in the Championship among those with at least 20 goals over the past three seasons. And if you’re hitting the target consistently, goals are going to arrive regularly. Williams’ 32 goals in the last four years might not jump off the page, but his strike rate of 141.9 certainly does, making him a serious threat every time he gets a sight on goal.

Neco Brett hit his prime when he arrived in Pittsburgh ahead of Riverhounds SC’s 2018 season, and it showed both in his performances and in the club’s ascent under Head Coach Bob Lilley. Brett recorded 32 goals over the past two campaigns for the Hounds, tied for fifth in the Championship over that span, and did it at a highly efficient rate, averaging a goal every 151.2 minutes.

Among players who’ve started at least 50 games and recorded at least 20 goals in the past two years, the only player with a better scoring rate is current Nashville SC forward Daniel Rios, putting Brett ahead of the likes of 2019 Most Valuable Player Solomon Asante and other notable names. Arriving as one of Birmingham Legion FC’s big offseason signings to pair in attack with the Championship’s third-leading scorer all-time in Chandler Hoffman, the 28-year-old should have plenty more goals to come this season and beyond.

You know how some things are just meant to be? Well, that’s Cameron Iwasa and Sacramento Republic FC. The hometown kid has become the best player in the club’s history since making his debut in the 2015 season and has also positioned himself as one of the best strikers in the Championship as he enters his prime years.

No current player has scored more goals for one club in the Championship than Iwasa’s 47 league goals for Republic FC, with only Charlotte legend Jorge Herrera having notched more goals in one city across the Eagles (30) and Independence (43) in the league’s history. More notably, the 26-year-old Iwasa may be reaching his peak years, having scored 34 goals over the past two seasons. It’s all coming at a perfect time for both his and Sacramento’s overall arc, with the club set to join Major League Soccer in 2022. At this point, who else could you hope to be the first official MLS signing in Republic FC history?

Who else could it be? The fact is that when Cameron Lancaster has been on the field in the Championship, he’s been a scoring machine, something that seems unlikely to change as he leads Louisville City FC’s charge for a third title in four seasons this year. For his career, he’s averaged a goal every 119.1 minutes in the Championship, narrowly second to current Nashville SC forward Daniel Rios. But on top of that, he can do everything you want a modern striker to do.

He can make the perfect run to finish inside the penalty area, sure, but he can also fire from long distance as well. Lancaster’s 12 goals from outside the penalty area – some of which have produced incredible moments of instincts and thought – are the most of any player in the Championship over the past three seasons. He’s also come through in the clutch for his current side, too, scoring the dramatic winner in the 2017 USL Championship Final. The 27-year-old is in his prime, and will be looking to add to his legacy for LouCity when action returns.