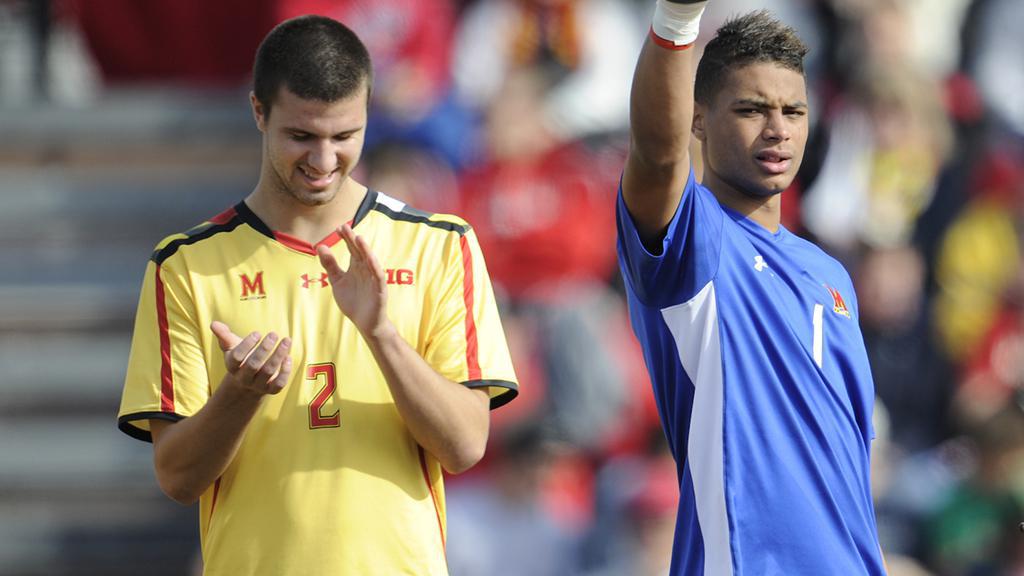 BIRMINGHAM, Ala. – Since they arrived together seven years ago as freshmen at the University of Maryland, the friendship between current U.S. Men’s National Team goalkeeper Zack Steffen and Birmingham Legion FC center back Alex Crognale has been a close one.

“We were both one of six or seven in our freshman class,” said Crognale recently, “and with our positions so close to each other, we had similar interests, similar personalities, so we just kind of meshed from the beginning and our relationship has just grown since Maryland.”

In what may be the most important endeavor of their friendship to date, the pair launched last Tuesday a new platform called Voyce where people and athletes can talk about their experiences with systemic racism both domestic and abroad. The pair hope that the platform will not only move the conversation forward but also facilitate the lasting change that both Steffen and Crognale believe has been needed for some time.

“It’s a movement that Zack and I decided to embark upon because, myself, I’ve grown up as a white American with the privilege that I don’t have fear when I leave my house,” said Crognale of the idea behind the new initiative. “To think my best friend who I’ve known for seven years now – we went to school together, we played professional together, we’ve always been in touch – to think that he could leave his house doing the exact same things that I’m doing but he might not make it home, that fact scares me. 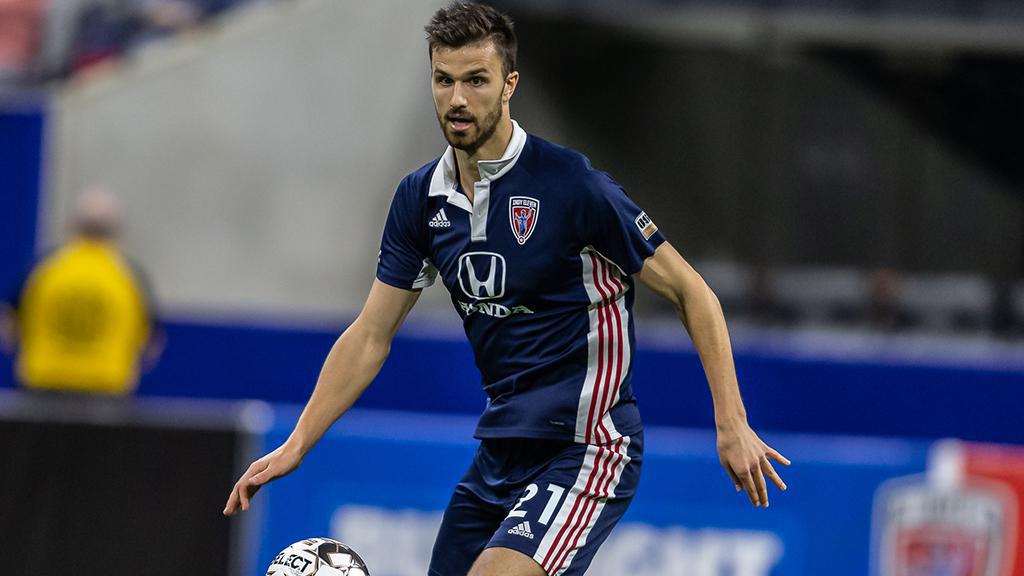 Alex Crognale, who competed on loan with Indy Eleven during the 2019 USL Championship season, has remained close with former Maryland teammate Zack Steffen and others since moving into the professional ranks. | Photo courtesy Trevor Ruszkowski / Indy Elev

Voyce has launched on both Twitter and Instagram and has quickly picked up support from players across the professional landscape. Players like Christian Pulisic and Aaron Long, as well as numerous USL Championship players like Tampa Bay’s Forrest Lasso, Rio Grande Valley FC’s Roberto Castellanos, North Carolina FC’s Steven Miller, Pittsburgh Riverhounds SC’s Tomas Gomez and Phoenix Rising FC’s Joey Farrell, have all lended their voice, all of which has been a heartening development for Crognale.

Given Steffen’s leadership qualities and character, however, Crognale isn’t at all surprised.

“He’s just down-to-earth, the most humble guy in the locker room,” Crognale said. “Super-easy to get along. He’s got no enemies out there, he’s just an awesome all-around guy.”

Among all of the connections that have brought these voices together, though, one the biggest threads is the tie back to the University of Maryland’s Men’s Soccer program. In addition to Steffen and Crognale, other former Terrapins were among the first to jump on board, with current Toronto FC center back Omar Gonzalez and Minnesota United FC goalkeeper Dayne St. Clair being joined by current Championship players Sebastian Elney of the New York Red Bulls II and Andrew Samuels of RGVFC.

For Elney, the atmosphere he found at Maryland – where Steffen was the host for his official recruiting visit – was the reason he decided to become a Terrapin for his college career.

“The best way to sum it up is it’s a brotherhood that just goes on from generation to generation,” said Elney. “When I went to Maryland and stepped inside the locker room, I’d say it’s what made me want to commit and become a Terp. Just seeing the love and the culture the guys had for each other and the individuals and the characters were just spoke a lot to me.”

Crognale believes that feeling of brotherhood is indicative of the culture that Maryland Head Coach Sasho Cirovski has built throughout the program, not only with its players but in all those who have worked to make the Terrapins one of the foremost college programs in the country.

“The program does an excellent job of keeping everyone in touch, whether it be alumni events, social media, they do an awesome job of linking the players who are playing professionally, and those who just played at Maryland and are now in their own professional life,” said Crognale. “It’s just a brotherhood that’s bigger than I thought it could be. When I first went to Maryland I knew it was a great school, a great program, lots of great players who went there, but I didn’t understand the magnitude of the relationships that I would make at that time.” 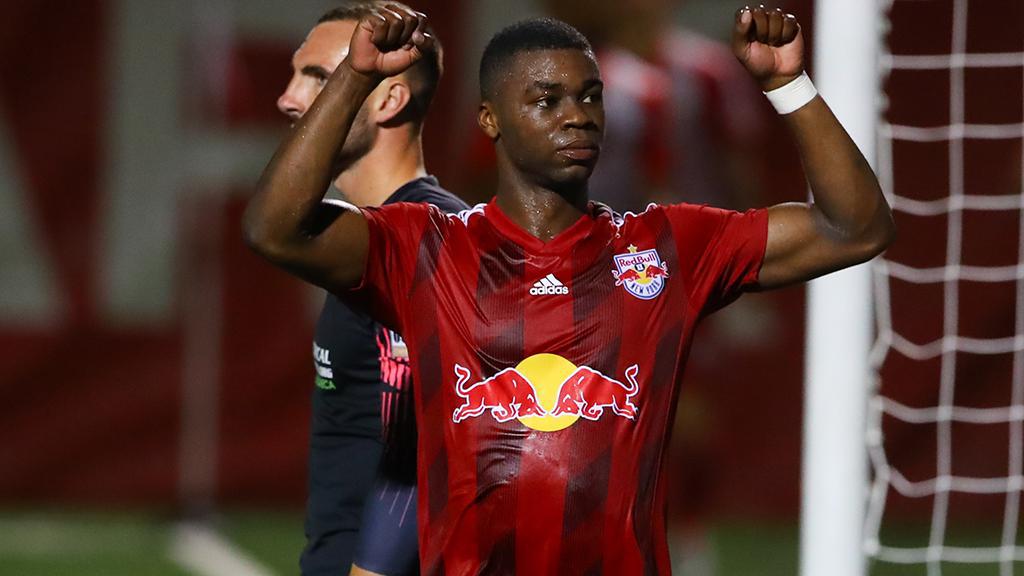 The current climate of civil protest is also seeing current teammates of both Crognale and Elney throw their support behind the initiative. For Elney in particular, seeing Red Bulls II teammates Preston Kilwien and Wallis Lapsley add their support as allies was notable.

“I’d say it’s bigger than soccer, in a way, and it goes for who those guys are, it goes to their character, their personalities and who they are,” said Elney. “You’re only on the field for so long, so who you are off the field means a lot.”

For Voyce to succeed, however, ongoing support is going to be essential. The more support it receives, the more chance of achieving its ultimate goal of helping guide a better path to the future. Its initial move last week was to establish a GoFundMe fundraiser to aid small business that were affected by recent civil protests around the country, which has currently raised more than $40,000. A website is also being planned, where people can tell their stories beyond the group’s social media platform.

For Crognale and Elney, though, while the conversation around the issues of systemic racism and police brutality has felt very different to the previous instances at which the topics were raised in America, there is still a very long way to go for everyone.

“I think this is still an uphill battle and it’s one that I hope people can see a change needs to occur,” said Crognale. “So, the more support we get, the more participation, the better. I’m going to continue to speak on it and continue to voice my opinions on the matter because I think it’s really important it’s not just African-Americans speaking about what they’ve experienced. I don’t have the same experiences from my background, but I want to be a part of the change. I want to be on their side of this going forward.”