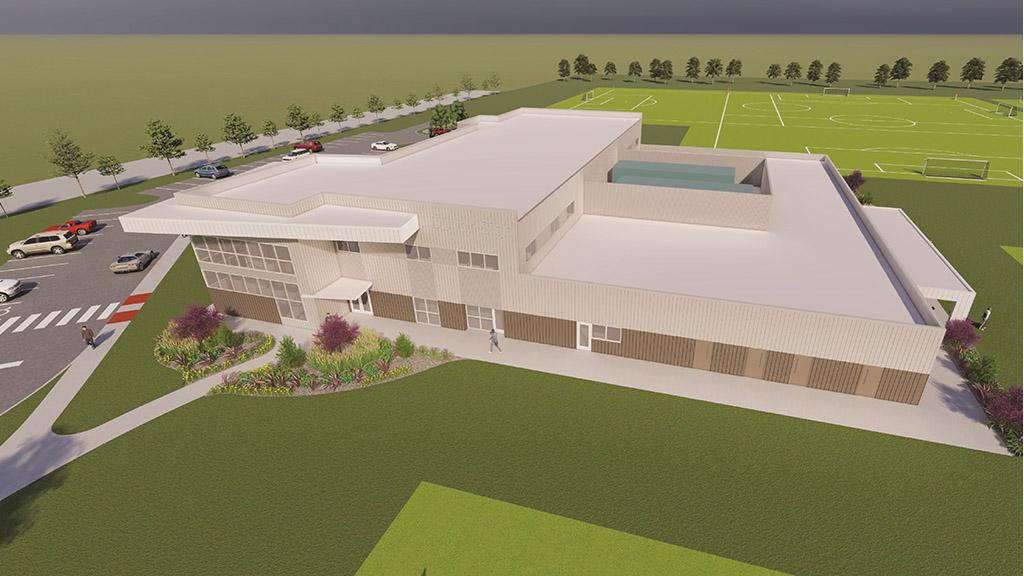 New renderings for the training facility that will become home to the Championship's Louisville City FC, the organization's NWSL club, and its Academy program were released on Wednesday.

AML Construction has been selected as the contractor for the Champions Park site that will feature more than 30,000 sq. ft of indoor facility, four turf fields for the youth academy and local community and three natural grass practice fields, allowing the organization’s NWSL and USL Championship squads to each have their own natural grass fields to train on throughout the year.

“I want to thank the city and especially our ownership group for their commitment to creating another world class facility. We now have the ability to house all of our teams in one place,” Soccer Holdings Executive Vice President of Development, James O’Connor. “This allows us to strengthen our culture of excellence whilst improving and inspiring all of our players, male or female, young or old to become the very best version of themselves.”

The two-story training facility building will consist of locker rooms for the NWSL, USL Championship and academy teams, as well as gymnasium and workout areas, a kitchen and dining hall, and media room. The facility will also house offices for front office staff and a concession area for academy families.

“This new training facility is yet another example of the commitment of our Club to invest in our professional teams, youth academy and the Louisville community as a whole,” said Head Coach and Sporting Director, John Hackworth. “Housing all these programs in a state-of-the-art facility will continue to strengthen our belief in becoming one of the preeminent clubs in the United States.”

The facility is another key asset for the Louisville City Academy in helping grow the game of soccer in the Louisville community. The four turf fields will have stadium lighting that will allow the facility the ability to host large soccer tournaments or accommodate other local community events.

“Our new facility is a game-changer for youth soccer in the greater Louisville area. The new facility will allow kids to train and develop all year long in a world-class environment,” said Youth Academy Director, Mario Sanchez. “Most importantly, our facility will inspire kids to dream as they train alongside our LouCity men and our NWSL women. We will also now have the opportunity to bring ECNL and USL Academy events to the city of Louisville. I am extremely proud of our city and ownership group for working together to bring this facility to fruition.”

The training facility will be privately financed and is expected to cost around $15 million.

“This facility will provide access to the game of soccer for youth players in our region regardless of their means,” said Soccer Holdings, LLC President, Brad Estes. “We will be able to expand our offerings of free clinics, and we will be able to provide practice fields for other organizations that have struggled to find it. This game is for everyone and LouCity is striving to make it available to all.”