Which goalkeeper and positional back four would be a match for any attack? 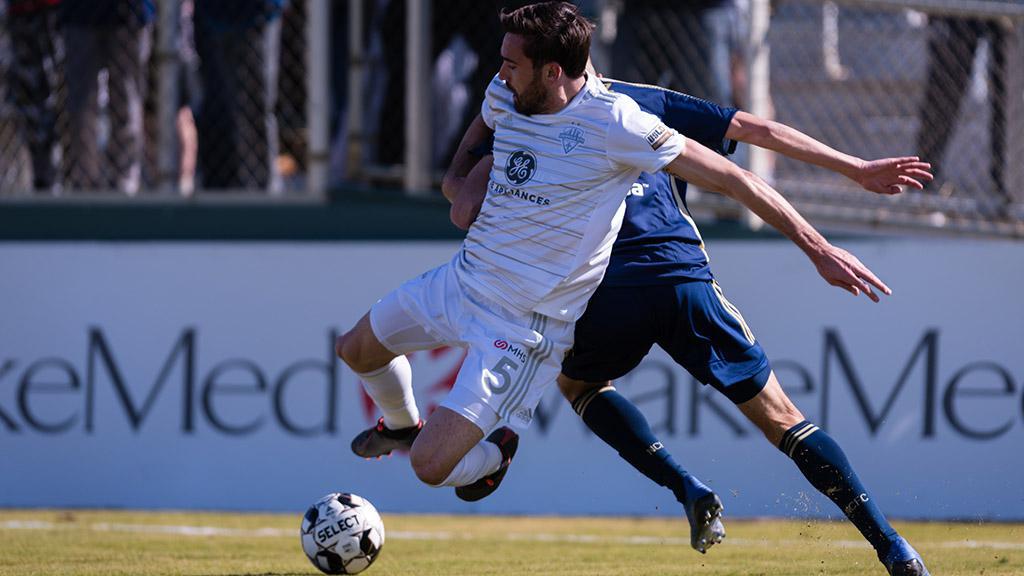 Current Louisville City FC center back Jimmy Ockford has been one of the best in the Championship over recent seasons. | Photo courtesy Lewis Gettier / North Carolina FC

The idea that defense wins championship might not hold quite as true as it did in the past – current USL Championship title-holder Real Monarchs SLC, for example, conceded more than 50 goals last season, and then didn’t post a shutout in the USL Championship Playoffs – but to me they’re still the perfect foundation for a team that’s going to contend.

With that in mind, I thought about who would make for an ideal defensive unit using players that are currently in the USL Championship.

Now, before we go any further, I know three-man back lines have become en vogue of late, and there’s certainly a lot to be said for the system and wingbacks. However, I’m still going to stick to a traditional goalkeeper and back four for this.

So, without further ado, here’s who I’d line up against any collection of attackers in the Championship right now. 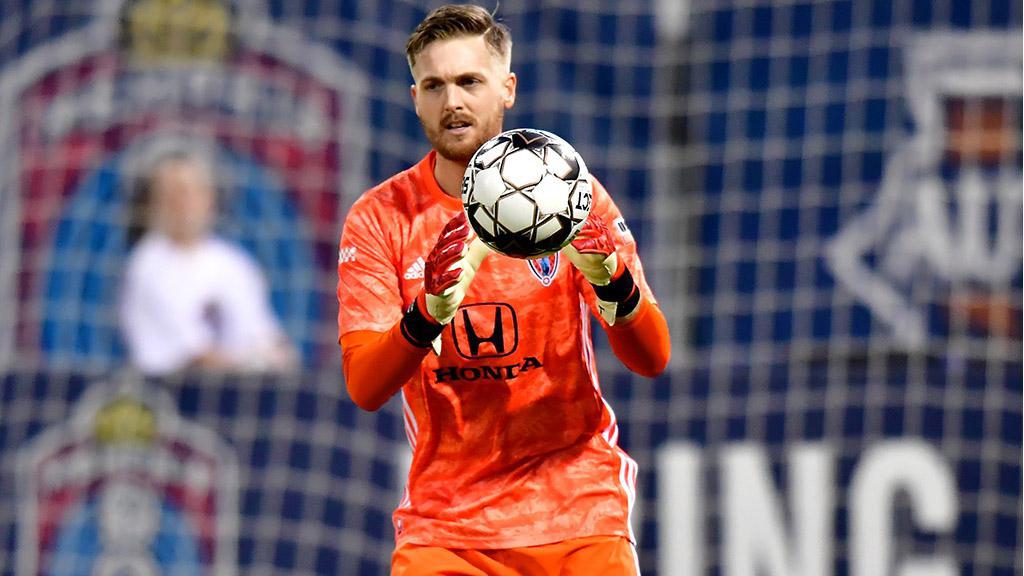 Evan Newton leads the Championship all-time in saves and shutouts, and his consistency between the sticks has been invaluable everywhere he's played. | Photo courtesy Eric Glemser / Memphis 901 FC

Yeah, I know. Taking the Championship’s all-time leader in saves and shutouts to be my goalkeeper, what a surprise. But Evan Newton has accomplished those things for a reason, and his consistency wherever he’s gone has meant he’s been a man in demand for top clubs across the Championship since he first played for Phoenix Rising FC in 2014.

And here’s the biggest reason I’d want Newton between the sticks: His consistency. When you look back at the past three seasons that the Championship has had Opta data available, Newton’s ability has shone through not only in his highlight reel but in his numbers as well. 74 appearances, 6,664 minutes played, no errors that have led to opposition goals. That’s top shelf, however you look at it. 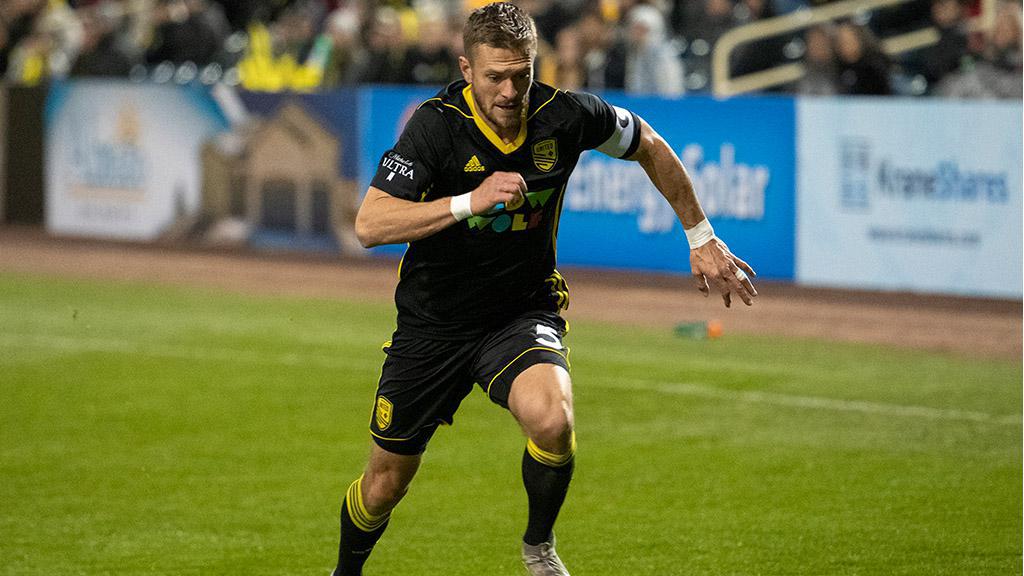 There are some players who immediately find their niche in the professional game. Then, there are players like Josh Suggs, whose breakthrough took a lot longer but who is now one of the best left backs in the Championship. It’s slightly remarkable to think that Suggs is one of the few players that played in the Championship’s inaugural season in 2011 for what is now Orange County SC, but it was his third stint at that club that began in 2014 – after spells on loan with the Tampa Bay Rowdies from the San Jose Earthquakes and at the Atlanta Silverbacks – which really saw Suggs emerge as a force in the league.

Suggs’ first season with Colorado Springs Switchbacks FC saw him take another step forward in prominence, earning All-League Honors in 2016, and now back in his native New Mexico it feels like he’s become appreciated properly for the player he is. He is not only solid at the back, where he was only beaten off the dribble by opponents 23 times in 2019, but a weapon going forward and joining the attack with 30 key passes, 26 of which came from open play. Add in Suggs’ leadership and experience and he makes the type of player that you need to succeed. 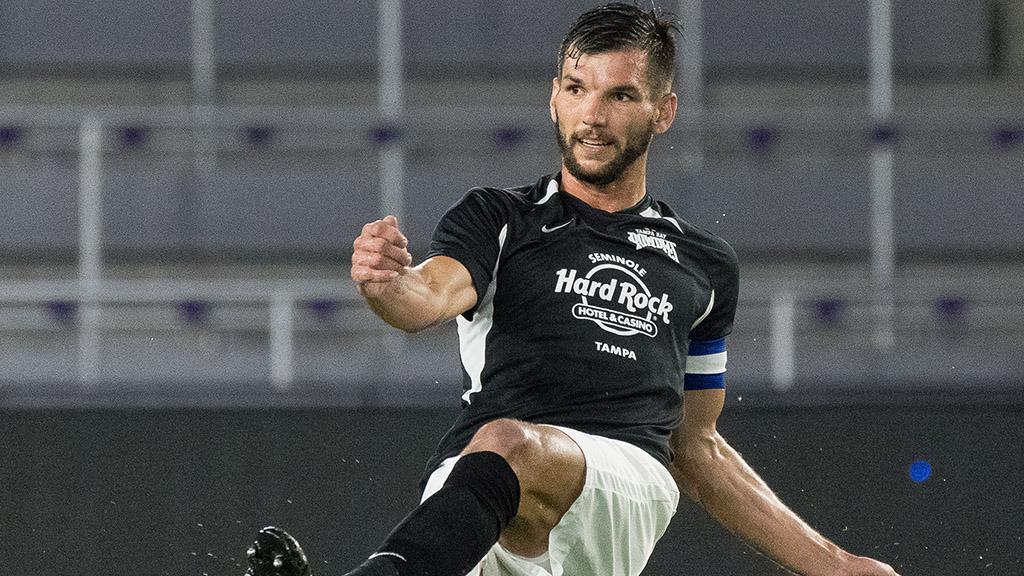 An All-League First Team selection each of the past three seasons, Forrest Lasso was the biggest of the Tampa Bay Rowdies' offseason signings to bolster the heart of the club's defense. | Photo courtesy Nigel Worrell / Tampa Bay Rowdies

OK, once again, this might look like an easy choice. But let me tell you it was harder than it looks. See, I’m looking for a balanced back line that can take on all kinds of attacking propositions, so while it might make sense in some ways to have Forrest Lasso sitting here and Joe Greenspan sitting at the center back slot that follows, I’m not necessarily sure that’s the way forward. So, no offense Joe, but you’ve narrowly been bumped to the hypothetical substitutes bench.

So, why Lasso over other worthy contenders? There’s obviously a lot you can make of his size and his ability in the air, where he’s recorded 440 clearances, of which 232 have been headed, since the start of the 2017 season. Then there’s how dangerous he can be from set pieces, where he’s recorded 10 goals across the past three seasons. But I’d like to look a bit at Lasso’s positioning, which can be overlooked given his other attributes. The reality is when he’s committed to a tackle over the past three years, he’s won the ball 72.1 percent of the time. He rarely gets beaten off the dribble (21 times in 68 games), and he doesn’t make game-changing mistakes (none leading to goals since the start of 2017).

Add to that, the teams he’s played for in the past three seasons haven’t finished lower than second in the Eastern Conference. There’s a level of certainty and confidence that comes from having him in the middle of your back line. 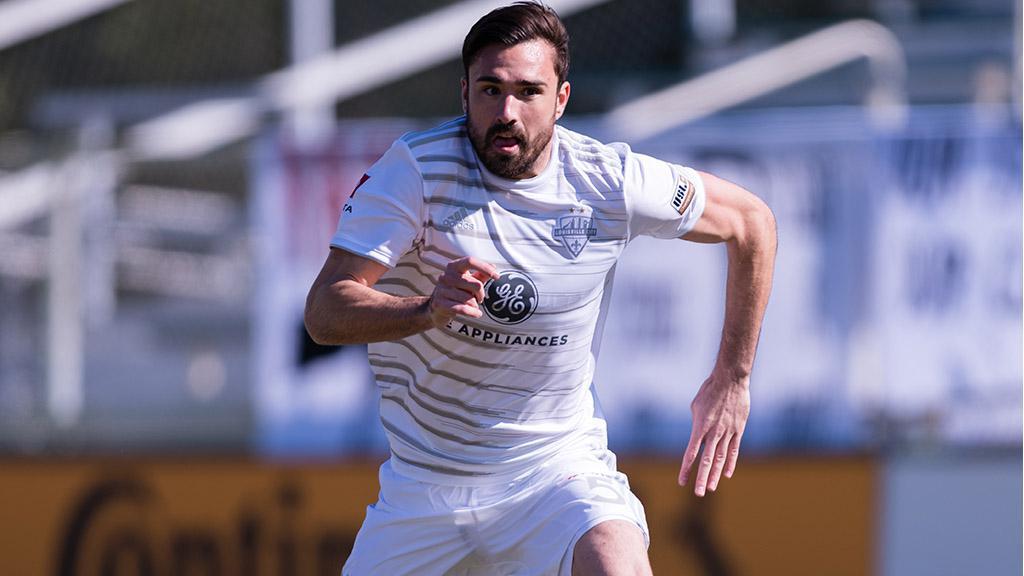 Jimmy Ockford was one of the major arrivals at Louisville City FC this offseason after prior success at Reno 1868 FC and Nashville SC in the Championship. | Photo courtesy Lewis Gettier / North Carolina FC

So, if it’s not Joe Greenspan here, then who?

Well, it’s the ideal foil to Lasso on the back line in Jimmy Ockford, whose value on the ground not only winning possession but then distributing has been central to successful teams in the past. Over 48 appearances in the Championship since joining Reno 1868 FC for its successful inaugural season – which earned Ockford a deal with Major League Soccer’s San Jose Earthquakes – the center back has posted a pass completion rate of 84.3 percent on more than 2,100 passes, an average of 44.7 passes per game.

It’s not just that Ockford does at a high level. He also wins possession, recording 102 interceptions and 220 recoveries over that same span of games. And, once again, he’s a player that doesn’t make mistakes often. In 31 games for Reno, he had only one error that led to a goal and three errors that led to shots. In the 17 games since then? According to Opta, his record is spotless in both categories. There’s a reason why LouCity was so keen to snap him up as the pending replacement for regular All-League selection Paco Craig, now departed back to his native England with Wycombe Wanderers, and it’s that Ockford measures up as one of the best at this level. 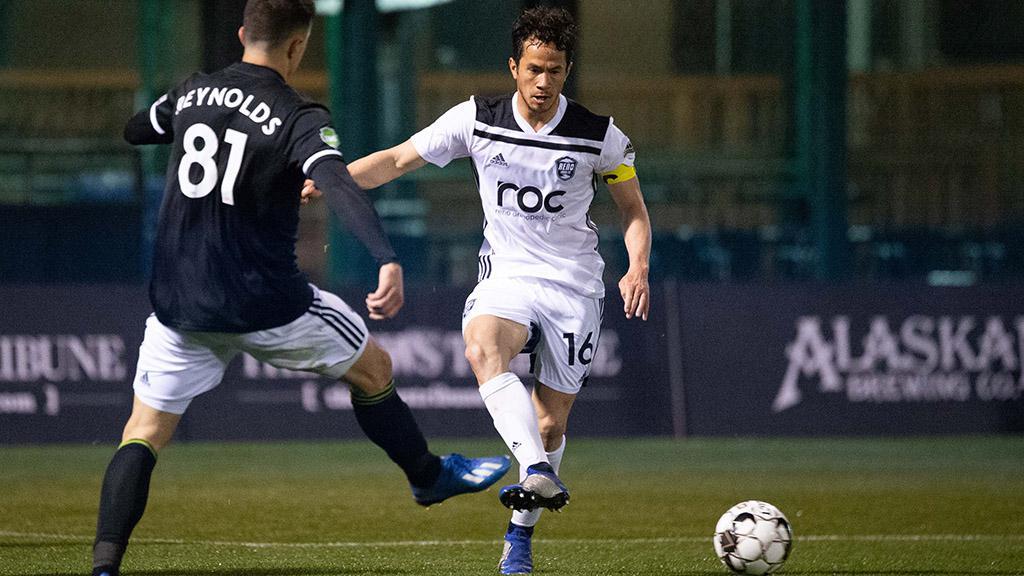 The leading appearance-maker in Reno 1868 FC's history, Brent Richards' transformation to a standout right back has been a fascinating one over the past decade. | Photo courtesy Charis Wilson / Tacoma Defiance

It’s slightly amazing to think of the transformation that’s happened to Brent Richards over the past decade. In 2010 he was the Most Valuable Player of USL League Two for the Portland Timbers U-23s, a high-flying forward that helped lead a loaded to side to the only perfect season in the league’s history at  20-0-0. Now he’s the all-time leader in appearances for Reno 1868 FC, and he’s done so by becoming one of the best right backs in the Championship.

It’s a transformation that’s not untypical. When players reach the professional ranks, sometimes they’re not suited to the position they played in college anymore. Just look at Aaron Long, who was going to be a central midfielder until the New York Red Bulls II got hold of him. For Richards, his new position has allowed him to maintain his attacking sense to the tune of 13 assists and 91 chances created in 92 Championship games for Reno. But he’s also built a solidity at the back that has helped him stand up to tough matchups. Last year he set career highs in duels won (210) and success (66.9 percent) while completing more than 1,000 passes overall for the first time in Reno’s colors and holding opponents to only 21 successful dribbles in 32 games. That’s the duality of his game which makes him part of my lineup, and completes a back line that would be the backbone of a title contender.