With provisional start date now identified, players, presidents’ and staff are gearing up for homecoming 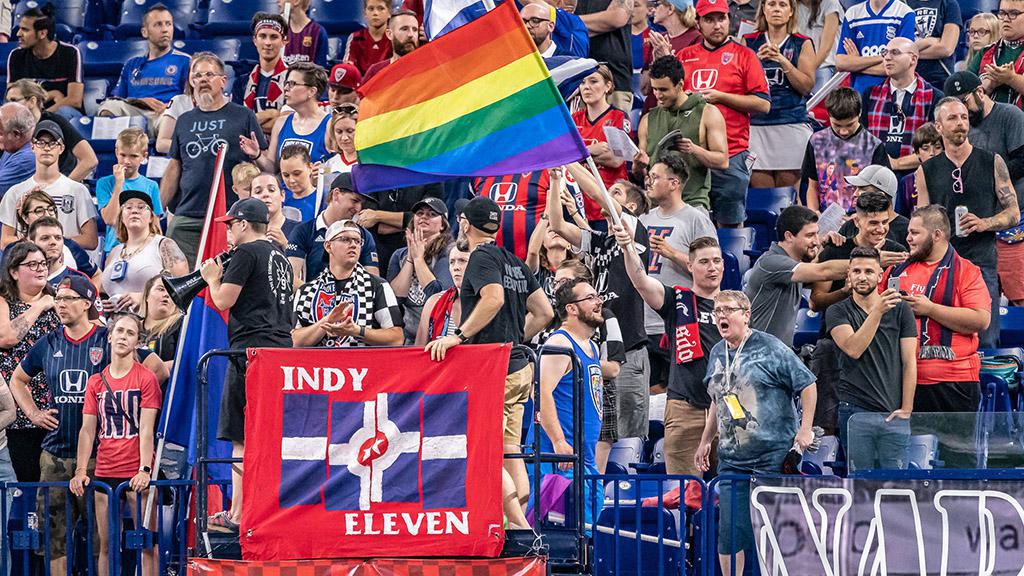 Throughout the league office and its clubs over the past weeks, there were numerous ideas of what format a return to action would look like when the USL Championship returned to play in the 2020 season.

But there was one thing that was certain. When that time came, the clubs and the league wanted to make sure they were competing in their own communities.

“One of the things that was consistent throughout – other than complete confidence in the fact that we would in fact return – was a sense among the group that when we came back as a collective, our clubs wanted to do so in their own communities, in their own venues,” said Ryan Madden, USL VP of Communications & Public Relations, on the Soccer Saturday Radio Show hosted by Greg Rakestraw. “This idea of a hub model – which is something you see with some of the other professional sports leagues in the United States – wasn’t really an option for us, and one of the reasons we are able to go about it is we have 35 clubs, we have this huge national footprint, which allows us a bit of flexibility. Once we knew that we wanted to come back in our communities, in our venues, that simplified the process for us a little bit.”

The Championship announced on Thursday a provisional date of July 11 for a return to play, and while there is still work to be done in the five weeks before that date, the announcement itself provided some clarity for the league and its clubs, players and fans on when they could hope to see action again.

For those at the club level like Indy Eleven President Greg Stremlaw, who also spoke with Rakestraw in Saturday’s show, there is now a target point the front office and technical staff can take aim at as it works with its local partners.

“I find it energizing,” said Stremlaw. “We’re starting to see some light at the end of the tunnel, if you will. I call it to our staff the proverbial pin in the map. You need that pin to at least work back from, we now have a bit of a target date on or around July 11 that we can start putting these other pieces of the puzzle together.”

A member of the Championship’s Competition Committee, Stremlaw also acknowledged that there is a lot of work still to be done. In addition to helping finalize the competition format alongside other clubs in the Championship, at a local level the Eleven are now teaming with local and state health authorities to ensure a safe and secure environment for players, coaches and potentially fans at Lucas Oil Stadium.

“Clearly, travel and risk mitigation are top of mind, as is health and safety protocols. They are absolute musts unlike ever before,” said Stremlaw. “Testing rules, the frequency, the cadence of when we do that for coaches and players, it’s very, very important to protect and keep those players and coaches safe and similarly we must ensure our games provide a best-in-class safety measures in coordination with, of course, our venue at Lucas Oil and our great local and state health authorities so that fans can have the best and most paramount experience when it comes to feeling safe and protected when they come to cheer on our club.”

ICYMI: Soccer Saturday talked about having a target date to restart the @IndyEleven season as of July 11th. Thanks Greg Stremlaw & Ryan Madden for the insights on the process. And thanks @woj_woj for catching up with us, more of that interview next week! https://t.co/yaW2QUKzxa

With that said, there’s a sense of optimism within the league’s coaching staffs that there is a light at the end of the tunnel that they and their players can start to build toward.

“I’m incredibly excited to see players back on the training pitch at Circuit of The Americas,” said Austin Bold FC Head Coach Marcelo Serrano upon the return of individual training. “Players voluntarily participating in individual training with team personnel is a positive first step towards returning to matches. I want to thank the medical and administration staff at Ascension Seton for being a vital teammate by ensuring this next stage is executed in the safest way possible for every member of our organization.”

“I think everyone is super excited,” added Charleston Battery midfielder Nico Rittmeyer, talking to the Charleston Post & Courier’s Andrew Miller. “I know the guys are itching to get back and start playing games. There are still some administrative stuff that has to go through the league, but obviously the guys have been hopeful from the beginning that there would be a resolution and we’d get back on the field.”

For Madden, after two-and-a-half months that has posed challenges that could not have been envisioned when the Championship’s 10th season kicked off in early March, the sense of excitement that the announcement has brought has been a very welcome sight.

“Societally, we could all use a bit of good news right now,” Madden told the Austin American-Statesman’s Chris Bils. “So, it's very exciting for us to put a stake in the ground and show a collective commitment to bring USL Championship soccer back to our communities across the country. A big step in the right direction.”