Orange County was sitting on top of the West, but was under pressure to win as it visited Las Vegas 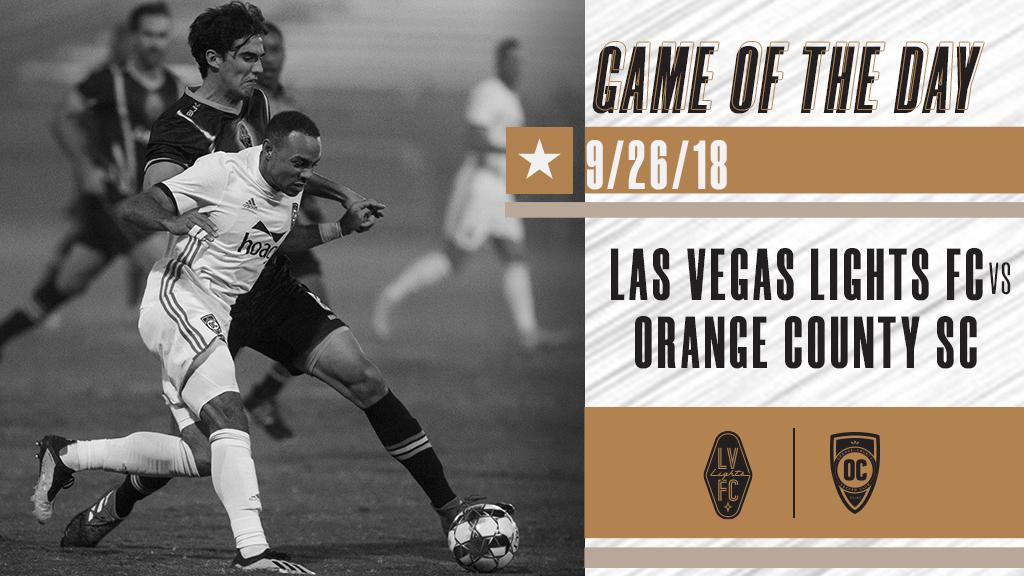 Welcome to the Classic Championship Game of the Day, where today we revisit a contest late in the 2018 regular season that saw Orange County SC make the trip to face Las Vegas Lights FC at Cashman Field during the stretch run for first place in the Western Conference.

Orange County entered the midweek clash with three games remaining before the playoffs, and while the side had clinched a postseason spot it was only one point ahead of Phoenix Rising FC – which had a game in hand – for the No. 1 seed in the conference. OCSC had kept its grip on top spot thanks to a three-game winning streak, and a run of only one defeat in its prior 12 outings, with the attacking trio of Thomas Enevoldsen, Aodhan Quinn and Michael Seaton proving a handful for opponents all season. Quinn and Enevoldsen had both been on target in the club’s most recent outing, a 5-2 win against Real Monarchs SLC, with Quinn’s brace moving him within a goal of recording double-digit goals and assists for the season.

Las Vegas’ chances of reaching the playoffs in its inaugural season had already come to an end as the final month of the season approached, with the side unable to find the consistency it was hoping to build after a bright start to the campaign. Lights FC did, however, had its own solid collection of attacking talent with veteran Sammy Ochoa having been joined by Omar Salgado – on loan from 2019 Championship arrival El Paso Locomotive FC – and Raul Mendiola over the course of the season. Add in the attacking ethos encouraged by the club overall and it created a side that could still be dangerous to the league’s front-runners.