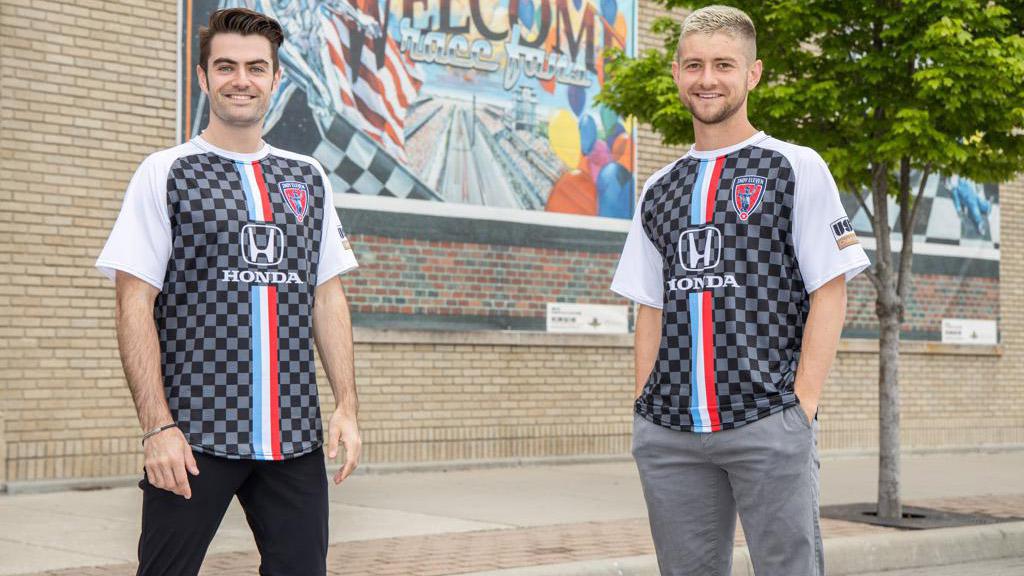 INDIANAPOLIS – The calendar of events in Indianapolis this Memorial Day Weekend may have been changed in 2020, but Indy Eleven remains on track for what is becoming an annual tradition for the club – celebrating the auto racing culture of the Circle City with the release of a “Racing Indy” themed jersey.

The 2020 edition of the Racing Indy jersey dropped on Sunday morning, and pre-orders are now available in adult and youth sizes for $65 at shop.IndyEleven.com. The pre-order period will close before the end of July, allowing orders to be received in August.

“With the overwhelming response we received last year, we realized a new Racing Indy jersey needed to become a tradition for the club every May,” said Joshua Mason, Indy Eleven Vice President of Marketing & Strategy. “Rather than wait to release them on a game night at Lucas Oil Stadium like originally planned, we’re thrilled to debut them now so supporters of the club, the racing community and our city can wear them proudly at the Indy 500 in August.”

After debuting the Racing Indy jersey last year to much fanfare, Indy Eleven’s staff went to work over the offseason to create a follow up that would move the theme forward. Indy Eleven Digital Marketing Manager Max Johnson created the final design, incorporating throwback racing stripe and circled number patterns as standout elements over a classic checkered look.

The jersey is completed with Indy Eleven’s iconic crest over the heart, the USL Championship logo on the left sleeve, a checkered flag stamp on the neck collar, and the logos of original corporate partners Honda and Community Health Network on the front and back, respectively.