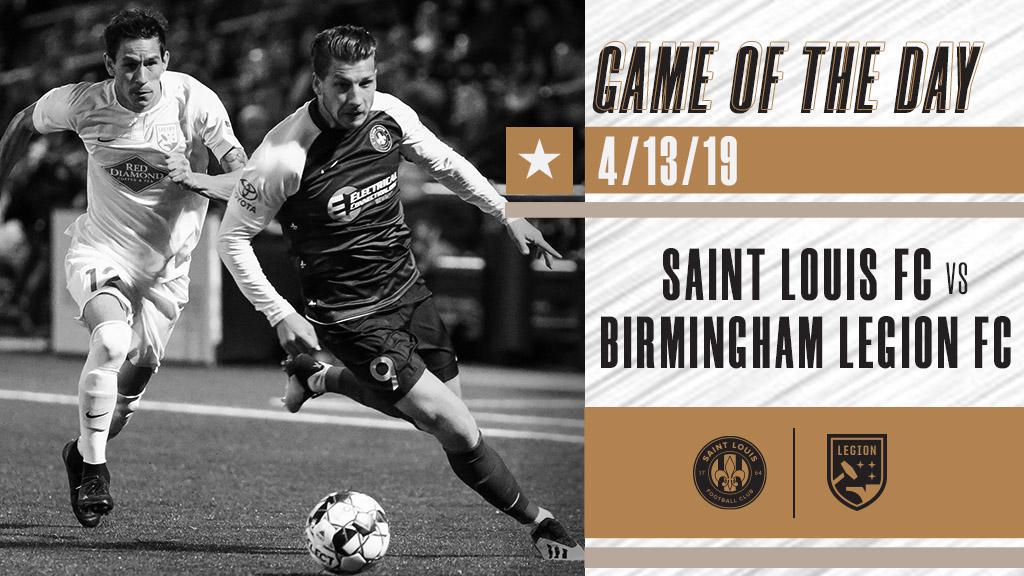 Welcome to the Classic Championship Game of the Day, where today we revisit an Eastern Conference game from early in the 2019 season that saw Saint Louis FC take on Birmingham Legion FC at West Community Stadium.

Saint Louis had gotten out to a flying start to the season, winning four of their first five games including a home victory against Indy Eleven to start the season and an away victory against Nashville SC as well. Key to the start had been STLFC’s defense, which had conceded only twice in its five outings, while Russell Cicerone and Sam Fink had each found the net twice, with both scoring in a 2-0 victory against Atlanta United 2 in the club’s most recent outing.

In its inaugural season, things understandably hadn’t gone quite as smoothly for Legion FC. The side had suffered back-to-back defeats to kick off the campaign, although the crowds in Birmingham at both games had packed BBVA Field as the city welcomed professional soccer impressively. Legion FC had produced a big result in its last outing, however, going on the road to face defending USL Championship Final winner Louisville City FC and earning a 3-2 victory thanks to Brian Wright’s late game-winner. The visitors were hoping to build off that momentum at another difficult venue for visitors.