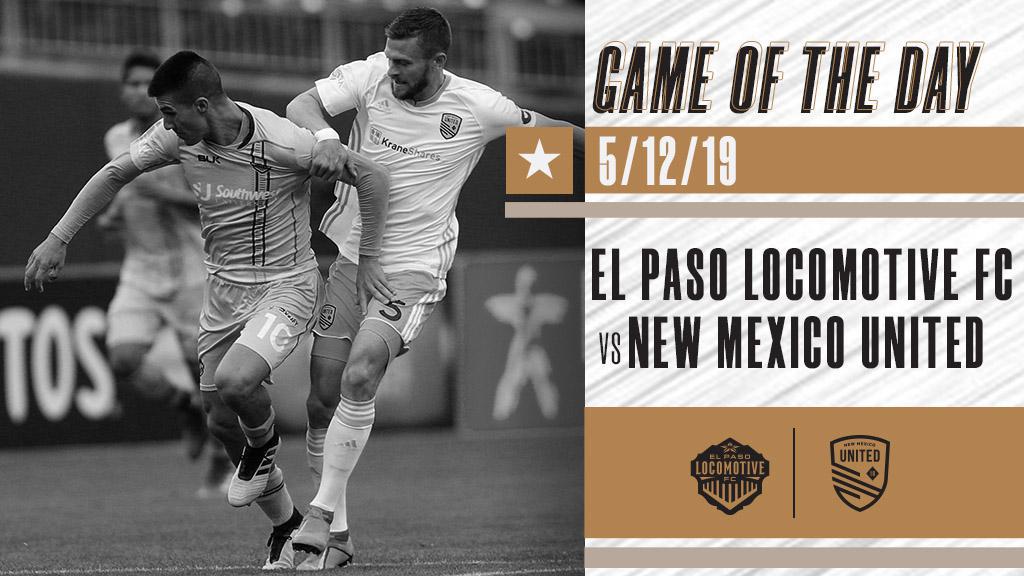 Welcome to the Classic Championship Game of the Day, where today we look back at the first meeting between Southwestern rivals El Paso Locomotive FC and New Mexico United from the 2019 regular season in a contest that provided excitement and some on-field tension at Southwest University Park.

Both teams were early in their inaugural seasons when NMU made the 270-mile trip south to the Borderplex, and Locomotive FC had made a solid start to the campaign. Led by Head Coach Mark Lowry, El Paso had instituted a patient style of passing soccer that had been bolstered by the early-season addition of former U.S. Men’s National Team forward Jerome Kiesewetter. The striker had shown his prowess in the game prior to the clash with New Mexico as he notched both goals in Locomotive FC’s 2-0 win on the road against Colorado Springs Switchbacks FC.

New Mexico, meanwhile, had seemed to figure things out very quickly under Head Coach Troy Lesesne, having suffered only one defeat in their first 10 games of the regular season to sit on top of the Western Conference. United’s attack had been in fine form to lead the way, scoring 22 goals across those 10 games, and the side was coming off a 3-0 victory against San Antonio FC in its last outing that saw Chris Wehan strike twice after an early goal by Devon Sandoval.