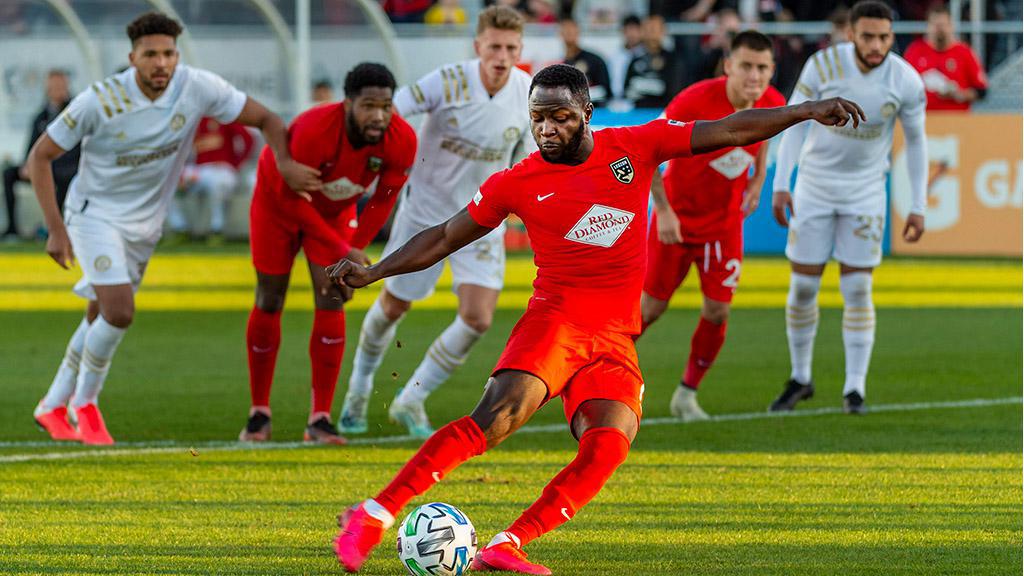 Birmingham Legion FC's Neco Brett finds the net from the penalty spot in the club's preseason contest with Atlanta United FC in February.

BIRMINGHAM, Ala. – When it comes to college recruitment, it always seems to help if there’s a friendly voice involved.

So, as Robert Morris University in Pittsburgh set about earning the commitment of current Birmingham Legion FC forward Neco Brett to join its program for the fall of 2012, a recent freshman standout for the Colonials did his part to help push things along.

“I was playing for the Jamaica U-20 team, and the coach for Robert Morris watched a game, because we already had two Jamaicans on the team at Robert Morris,” Brett told bhmlegion.com’s Clayton Humphries recently. “One of them was Speedy Williams, who plays for Louisville [City FC] now. They were looking for a striker, a forward, and Speedy called me and was like ‘Yo, our school needs a forward, I’d love if you could join us bro.’ And I was like, ‘Okay, perfect, I’m coming.’ And that was it.”

It didn’t take long for both players to turn heads. In 2014 they were each named to the United Soccer Coaches All-Northeast Region Team, while Brett claimed Northeast Conference Player of the Year honors in three consecutive seasons while putting up 42 goals in 54 games over his final three campaigns at the school. 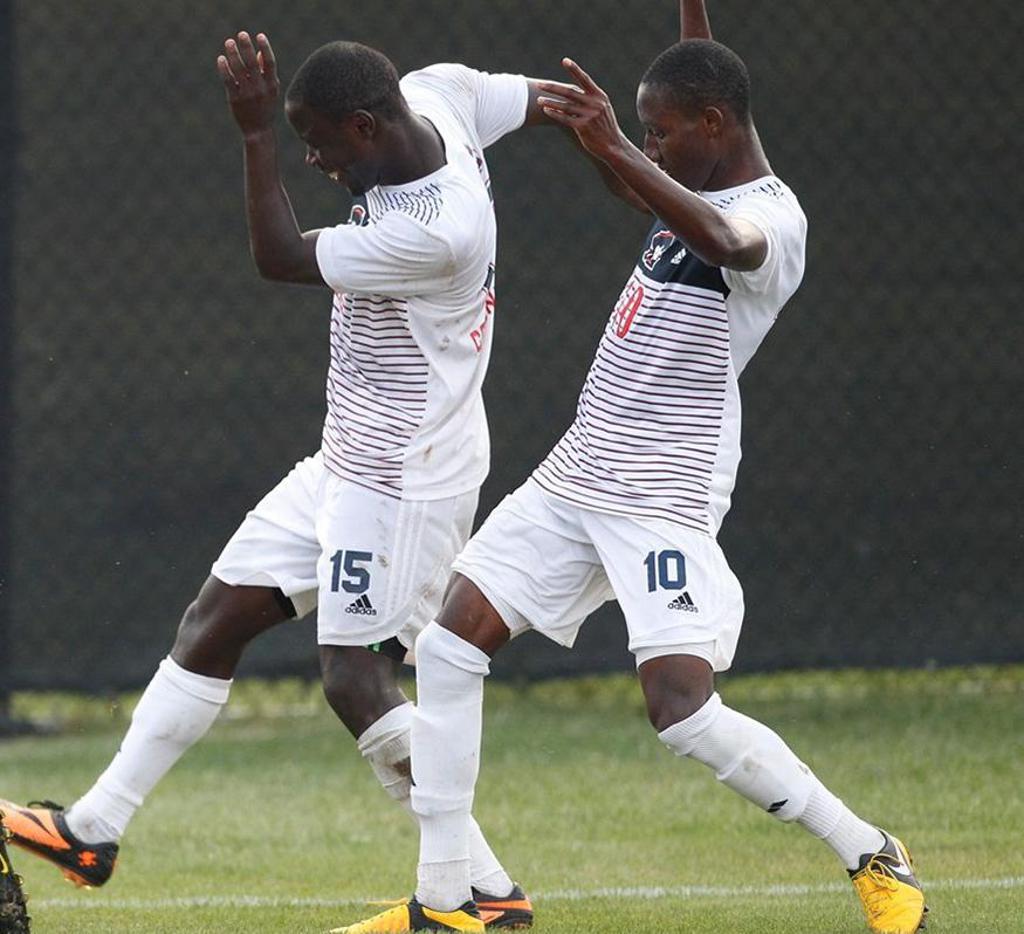 Brett has shown a similar level of proficiency in front of goal over the past two seasons back in Pittsburgh, this time at the professional level. He was among those who came to the fore as Riverhounds SC claimed top spot in the Eastern Conference in 2019. The 25-year-old’s 32 goals in 67 games came at a rate of a goal every 151.2 minutes, putting him in the top six in both overall goals and strike rate among players with at least 20 tallies over the two seasons.

Having experienced Highmark Stadium before as a player and as a fan during his college days, the connection Brett made with Hounds Head Coach Bob Lilley was something that allowed him to flourish on the banks of the Monongahela.

“I think it’s just the chemistry with the coach [Bob Lilley] and everyone, you know?” Brett told Humphries. “The type of soccer that the coach is playing suits me, and I tried to stay sharp by always doing a lot of finishing drills. Make sure If I ever got one chance, I try to score that one chance. I think that the coach’s style of play definitely worked out in my favor. I learned a lot from the coach there.”

Due to the suspension of the 2020 Championship season before Legion FC’s opening game, Brett has yet to make his first official bow in Birmingham’s colors since his offseason move to the club. The Magic City Brigade and the rest of the club’s fans did, however, get to see a glimpse of what the forward can bring when he found the net in the club’s high-profile preseason clash with Atlanta United FC at BBVA Field in February.

As teams begin to return to small-squad practices in hopes of a resumption of the season, Brett is looking forward to bringing the hammer down when he gets the opportunity.