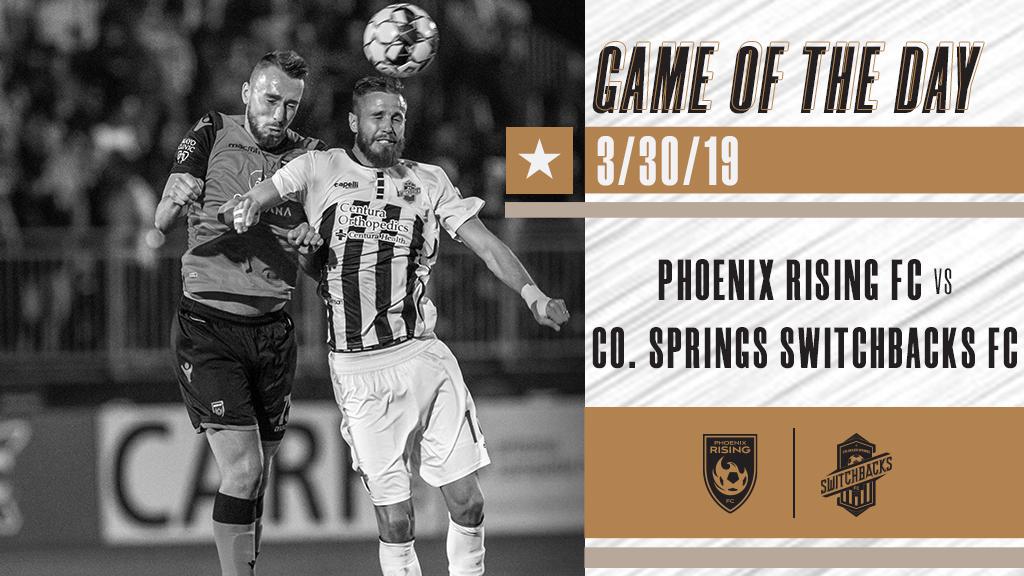 Welcome to the Classic Championship Game of the Day, where today we revisit an early-season contest from the Western Conference in 2019 as Phoenix Rising FC played host to Colorado Springs Switchbacks FC at Casino Arizona Field.

The defending Western Conference champion Rising FC had got off to an interesting start to the new season, claiming a pair of draws despite not having led for a minute of either of their opening two contests against San Antonio FC and New Mexico United. Jamaican forward Jason Johnson had come to the fore in both games, scoring the game-tying goal in stoppage time against SAFC and then with 19 minutes to go against New Mexico, but while the Phoenix attack was looking in fine form, defensively there remained questions to be answered.

The Switchbacks, meanwhile, had picked up six points from their first three games of the regular season, taking victories against the LA Galaxy II on the opening weekend before a dramatic 1-0 win against San Antonio FC in their last outing. After missing the postseason for consecutive seasons, Colorado Springs was hoping to make a statement against a side it had suffered defeat against in both of their meetings during the 2018 campaign.