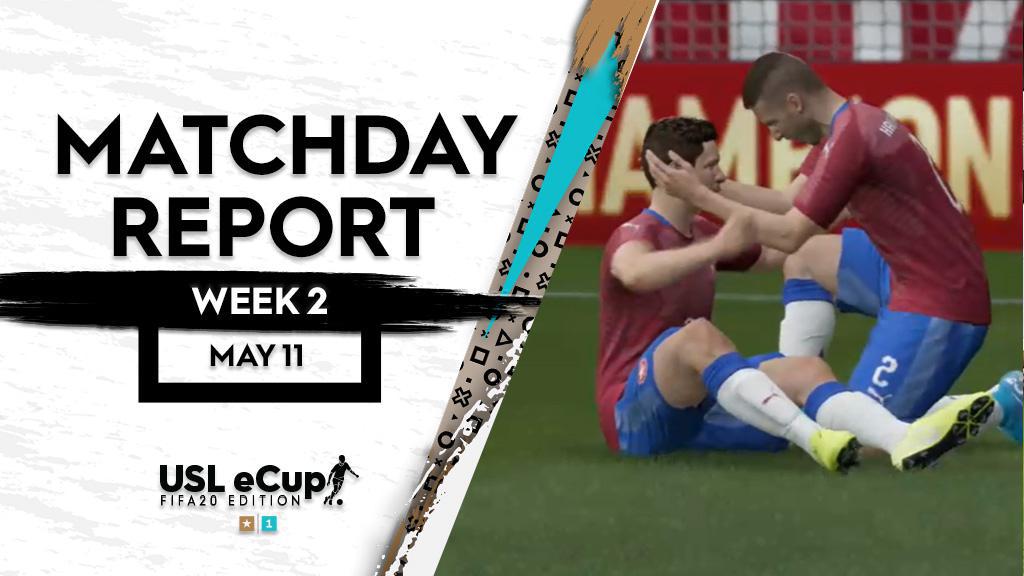 Four teams earned promotion from Division C on Monday night as the first week of divisional play kicked off with one game that went to extra time, and a serious marker from Indy Eleven as fans entered play for the first time.

1. Now we’re into Week 2, you should have an indicator of how quickly this is going to move week-to-week. Congratulations to you, FC Tucson, Indy Eleven, Birmingham Legion FC, and LA Galaxy II. You’re in Division B next week. Commiserations, Loudoun United FC, FC Tulsa, Louisville City FC, and Tacoma Defiance. We’ll see you again next Monday night.

2. The other big thing this week? We’ve got a whole set of new players to check out. And leading the way was Connor Swatts for Indy Eleven, who scored three minutes in and ended up knocking in six in a row on the way to a 6-1 victory with Cote D’Ivoire against FC Tulsa’s Jason Cobb and the United States. Indy’s got promotion, and it might be favorite to come away with maximum points from the bracket this week.

3. The power of Kasper Schmeichel kept Loudoun United FC in it through 90 minutes with nine saves, but there wasn’t much question that FC Tucson’s Jacob Lopez earned his place in Division C’s Semifinals thanks to a golden goal by the Czech Republic five minutes into extra time. Tucson had a tough time of it in the opening bracket, but now Lopez has gotten a first win for the side it will be interesting to see how he fares against Indy on Wednesday.

- We found out which teams got promoted to Division B in tonight’s action. Tomorrow night it’s time to find out who’ll be taking the drop with opening round games in both Divisions A and B set to start at 6 p.m. ET. Tuesday’s slate again drives home the point that every game here matters for one reason or another.

- If you saw the USL eCup Power Rankings earlier, you’d know I was feeling good about Birmingham Legion FC and Ireland even after they gave up a five-spot to Austin Bold FC last week. Well, I guess that faith was rewarded as Micah Smith picked up a 2-1 win against Louisville City FC’s Patrick Blanton and Wales in solid fashion, taking a two-goal lead before what ended up being a late consolation.

- The LA Galaxy II picked up their first win of the tournament at the expense of Tacoma Defiance, but the game was maybe a bit tighter than the final 3-0 scoreline earned by Bruce Martin with Sweden against Chino Perez and Slovenia. A narrow offside call early in the second half denied the Defiance the opening goal, which certainly could have made things a lot more interesting, but then Martin got rolling and ensured Los Dos will be in Division B next week.

- Last week we got to see players represent their clubs throughout the bracket, but it was kind of cool to see Lopez – who plays in FC Tucson’s Academy – represent the club on Monday night. USL Academy contracts apparently aren’t only for the Championship and League One.