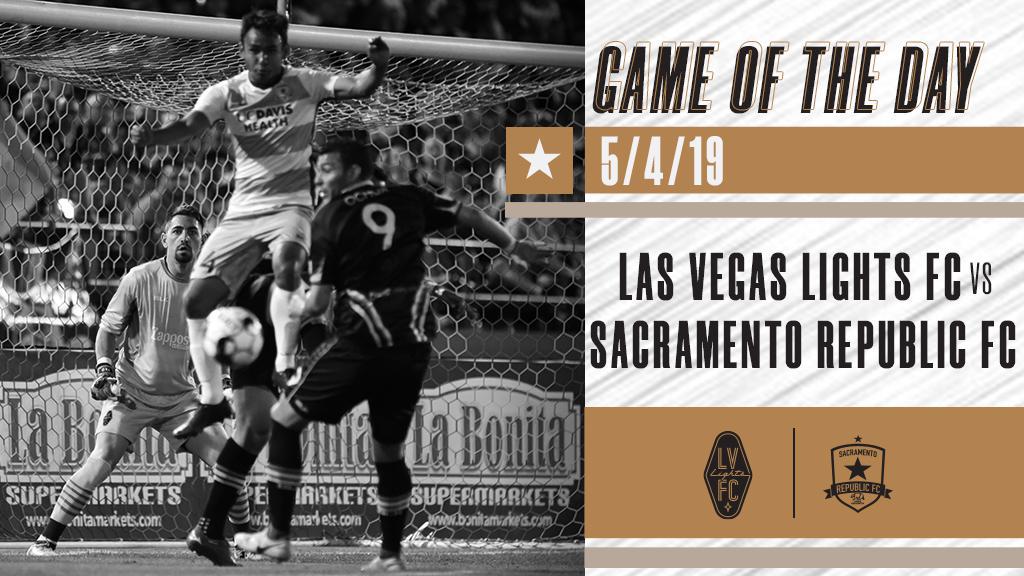 Welcome to the Classic Championship Game of the Day, where today we revisit an early-season Western Conference clash from the 2019 season that saw Las Vegas Lights FC look to defend its home turf against Sacramento Republic FC at Cashman Field.

Under new Head Coach Eric Wynalda, Lights FC had seen ups and downs to kick off the campaign that saw the side perform strongly at home but struggle on the road. In three home contests, Las Vegas had yet to concede a goal, but away from home the side had only recorded one point in five outings while conceding 12 times. Lights FC had earned its first road point of the season in its last outing, earning a 0-0 draw against the LA Galaxy II, but was looking forward to returning to Cashman Field where it had most recently notched a 5-0 win against Tacoma Defiance.

Republic FC, meanwhile, was also coming off a scoreless draw in its last outing, earning a point at home against Phoenix Rising FC. Sacramento had also had an inconsistent start to the season, alternating wins and losses in the four games prior to its clash with Phoenix, but still sat within reach of the top of the Western Conference as it looked to claim its second away win of the season.