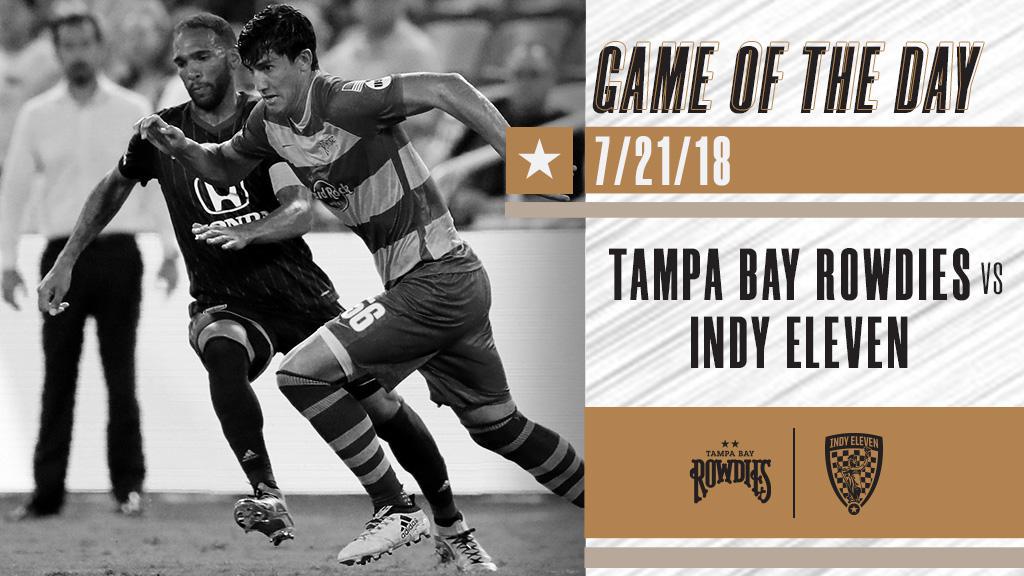 Welcome to the Classic Championship Game of the Day, where today we return to midway through the 2018 season and a notable Eastern Conference contest between the Tampa Bay Rowdies and Indy Eleven at Al Lang Stadium that saw the two rivals looking for three points for very different reasons.

After finishing third in the Eastern Conference season a season prior, the Rowdies’ 2018 campaign had not gone to plan at all. Early-season setbacks had led to a change that took Neill Collins from the club’s back line to the sideline as its new Head Coach as Tampa Bay looked to try and push up the standings and into the playoff positions. It hadn’t been plain sailing for the Rowdies since the change, with the club sitting in 12th place in the standings after back-to-back defeats to Louisville City FC and FC Cincinnati, and with a five-point gap to the eighth-place Charlotte Independence, the Rowdies needed a win in front of their home fans.

For the Eleven, the season to this point had gone reasonably well. Joining the Championship early in 2018, Head Coach Martin Rennie had pulled together a squad in short time early in the year and during preseason, but the side had managed to produce its fair share of results to sit in sixth place in the standings. The visit to St. Petersburg, Fla. was also somewhat of a homecoming for Eleven forward Eugene Starikov, who had featured prominently as a youth player in the area, and with the side sitting three points back of the top four positions in the conference, Indy was looking to push upward in the second half of the regular season.