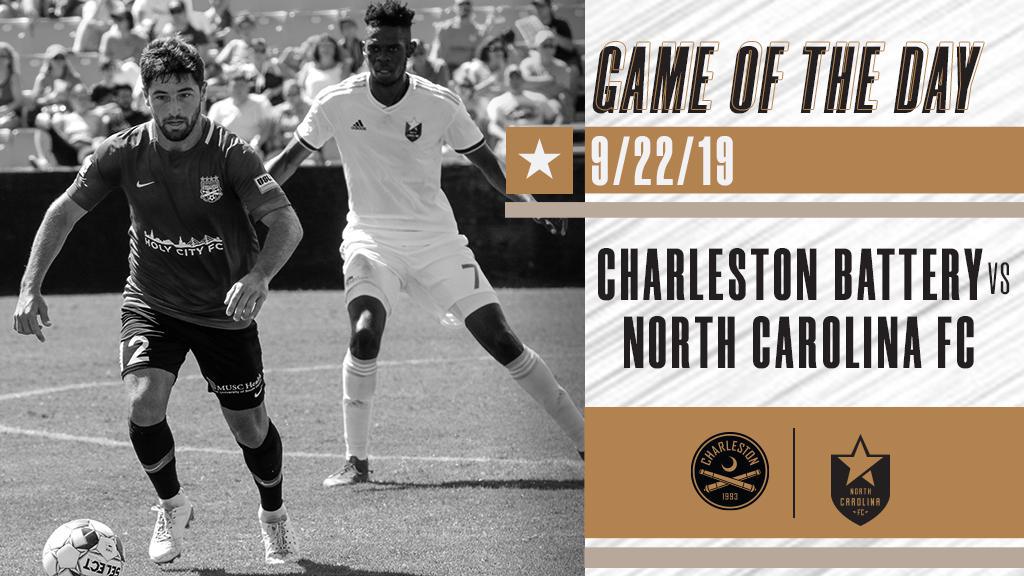 Welcome to the Classic Championship Game of the Day, where today we return to late in the 2019 regular season and a meeting between the Charleston Battery and North Carolina FC that not only served as a key game in the race for the USL Championship Playoffs, but also the decisive contest in that year’s edition of the Southern Derby.

The Battery entered the contest in 10th place in the Eastern Conference standings after a tumultuous summer that had seen numerous games postponed due to heavy rain and lightning, and were facing a challenge to maintain their streak of reaching the postseason every season of the Championship’s history. Charleston had taken victory just once in its past seven games after a 3-1 loss to Atlanta United 2 in its last outing, but had the chance to regain the Southern Derby title from North Carolina with victory at home having gone undefeated over its prior meetings with NCFC and the Charlotte Independence during the season.

North Carolina, meanwhile, was sitting in a much more comfortable position when it came to the postseason, sitting double-digits ahead of the Battery and cruising toward the playoffs. After surging up the standings behind big victories against Pittsburgh Riverhounds SC and the Tampa Bay Rowdies in August, however, Head Coach Dave Sarachan’s side had hit its own bump in the road going four games without a win. That meant victory against the rival Battery would not only claim the Southern Derby for a second consecutive year, but also reignite a potential push for a top-four finish at the end of the season.