Juan Guerra, a Fork in the Road, and the Journey Down a Different Path 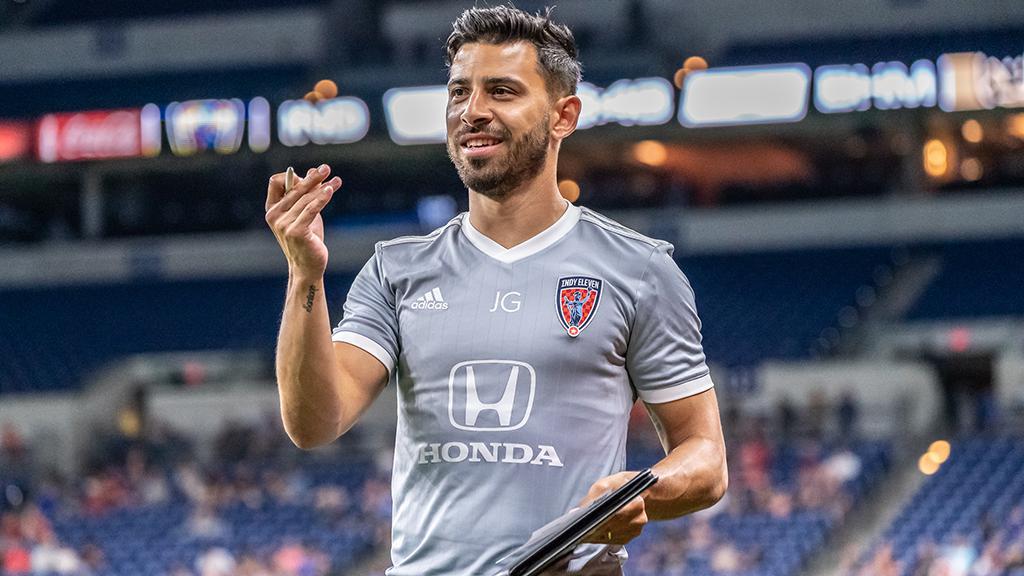 After 10 years as a player that saw him compete for the Venezuela National Team, Juan Guerra decided after the 2018 season to move to the sidelines with Indy Eleven, where Head Coach Martin Rennie has proven an excellent mentor for the new coach. | Photo

INDIANAPOLIS – Sometimes the fork in the road and the decision that must be made is one that can be seen and considered well ahead of time.

Other times? It can appear out of thin air.

When Juan Guerra was asked by Indy Eleven Head Coach Martin Rennie not long after his first season on the field for the club in 2018 to join his coaching staff as an assistant for the following year, it was certainly the latter.

“He brings me into his office and he says, ‘listen, Juan. I know you still have one more year on your playing contract, and I know you can still play, and if you want to stay, you can play your last year with Indy as a player,” Guerra recalled recently. “But, I have this opportunity for you right now, I’m offering this now, and if you take the playing contract then I don’t know if I’m going to be able to offer this to you next year. I know this is something you want, and obviously I would like to have you in my staff.’

Guerra had spoken with Rennie during the 2018 season about his coaching aspirations. Part of a squad that was pulled together quickly that preseason after the Eleven’s arrival in the USL Championship, Guerra’s veteran presence was a key to the club securing a postseason berth that year.

But the former Venezuelan international did also have an eye on the future. As he approached his 32nd birthday in February, 2019, he was anticipating moving into the coaching ranks when his playing days were over and had started drawing on Rennie’s experience on the sidelines to learn more about what it takes to be a success.

So, when Rennie’s staff saw assistants Phil Dos Santos depart for a position at Vancouver Whitecaps FC and David Dixon return home to Charlotte after the 2018 season, the Scottish manager believed he might have an ideal replacement already within his own building.

His intuition proved correct, with Guerra electing to hang up his boots after a 10-year career on the field.

“I took a few days, I spoke with my wife and decided it was a great opportunity, but I told Martin, ‘if I’m going to do this, I want to do it the right way,” said Guerra. “I don’t want to be a player-coach, because at the end of the day I don’t think it’ll be fair for the guys in the locker room and it won’t be fair for you guys. I don’t want to create uncomfortable scenarios for you or for the players, so let’s just do it the right way. If I’m going to play, I’ll just play, and if I’m going to coach, I’ll just be a coach.’ And he said, ‘yes, I respect your decision, that’s fine,’ and that’s how everything started.”

Guerra has always been considered a player that has gone about things the right way. A respected professional at his prior stops – including premier Venezuelan club Caracas and the Tampa Bay Rowdies – his insights offer plenty of value for the players he’s now looking to help achieve their goals and bring the Eleven success.

That respect helped greatly as he made the transition to becoming Rennie’s assistant, where he was now working to guide players whom he had recently called teammates. 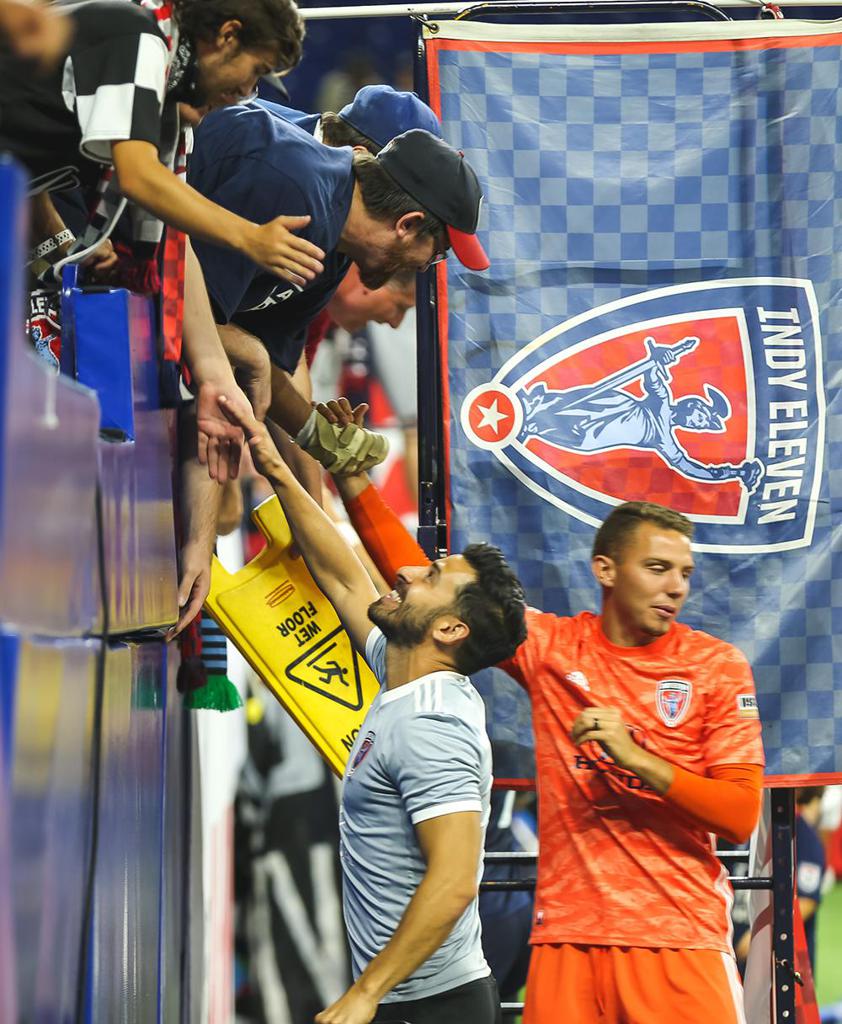 “I always tried to be very respectful of the players around me, so they knew as soon as I came into the staff that it was going to be me,” Guerra said. “At the end of the day, you’re the same person, the only thing you’ve changes is roles, so if they respect you as a player, then most likely they’ll respect you as a coach as well.”

Guerra was also appreciative to have someone with the experience Rennie brings to the position as a mentor. Having seen his own playing career hampered injury, Rennie jumped into the coaching ranks in USL League Two with the Cascade Surge before the age of 30. His travels have seen him lead sides in the professional USL ranks at what is now North Carolina FC, in Major League Soccer with Vancouver Whitecaps FC, and in South Korea at Seoul E-Land, giving him a depth of knowledge that has proven invaluable for Guerra.

“I’m very fortunate, and I’m grateful for it,” said Guerra. “I couldn’t ask for a better mentor, just the way he’s been taking me in, teaching me since Day 1. Even the day he offered me the job, he sat us down in his office and said, ‘listen, I obviously don’t know if you’re going to take this job or not, but this is what I want to do for next year, this is the vision I have for this club, these are the players we want to keep, these are the players we want to bring in, this is the way we want to play,’ so he has a vision. He sees things other coaches don’t and he’s always trying to get better. He never settles when things are going well, he won’t sit back, he wants to improve and keep getting better and better.

That has provided Guerra the chance to add to the foundation he brought from his playing days, back when he was taking aim at the professional ranks at Florida International University more than a decade ago. His approach now is the same as it was then – “you have to go from less to more and every single year you have to continue your education, continue your studying of the game” – as he makes sure each piece of his development as a coach is properly taken care of.

This year, that has included taking the U.S. Soccer Federation ‘A’ License course, during which he’s seen plenty of crossover between what is being taught to those looking to rise up the ranks in the coaching profession and what he’s seeing on a day-to-day level at Rennie’s side – “how to manage a whole club, how to make sure the club has the right identity and has an identity that we always follow year after year.”

And while fans still occasionally get to see the old magic from Guerra’s playing days on social media, he’s now focused on being the best he can at his new profession, and maximizing the opportunities the players in his and Rennie’s charge have to rise to the top of their games.

“I try to jump in sessions here and there and we always play with Martin and the other staff, but my position is well taken care of on the team and I couldn’t be more happy about the players we have,” he said. “At the end of the day, I want them to try to play for as long as possible, and I want for them what I wanted for myself, to go to the highest level possible and to try and achieve important things for them, for their family and for the clubs they play for.”