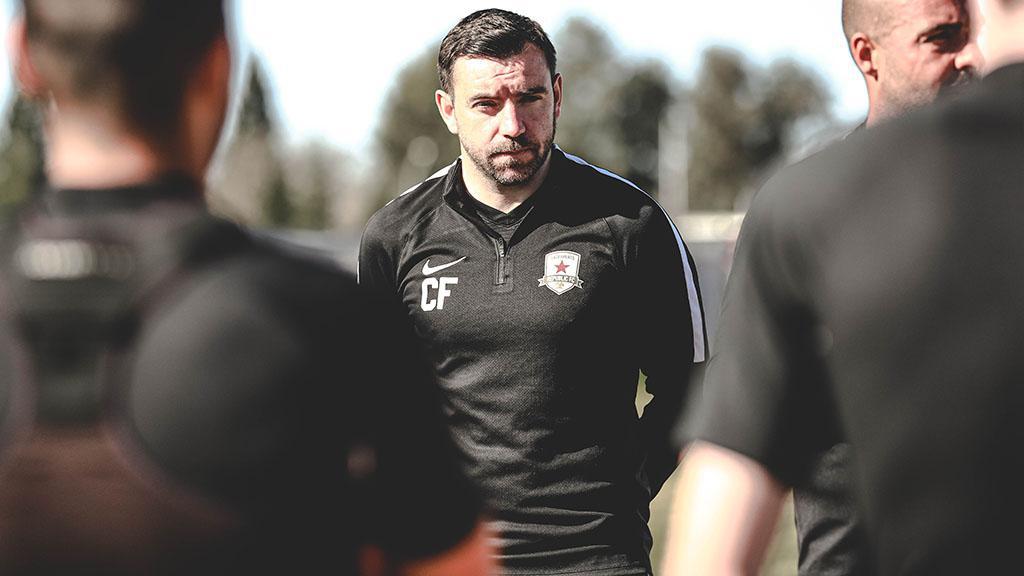 Colin Falvey's sense of adventure took him around the world during his playing career. Now he's looking to pass on his experience and knowledge as a first-year assistant coach alongside Head Coach Mark Briggs at Sacramento Republic FC. | Photo courtesy Sa

Having played for 10 clubs across five countries in four continents, there was always a sense of adventure to the playing career of Colin Falvey.

“I think it started with taking a chance in New Zealand, which led to me coming to America,” the 2013 USL Championship Defender of the Year said recently. “Once I’d done one or two moves, I kind of looked at it as that it wasn’t a gamble anymore, it was an adventure, why not, let’s do it, let’s take a chance, because I’d done it before in a different country so it made it easier as it went along.

“I wasn’t scared to make that jump to a new league, a new country, a new culture, anything like that. As the moves started working out and started progressing as my career went on, that became something I definitely didn’t fear, and I started looking at it like an adventure.”

As that adventure began to wind down, though, Falvey began to look to what the future would hold. Now, he’s in his first year as an assistant coach for Sacramento Republic FC in the Championship and getting to know the ropes in what he hopes will be a long and fruitful second chapter of his career.

For those that saw Falvey play, of course, there is plenty the native of Cork, Ireland can pass on. A key figure on two title-winning sides for the Charleston Battery – the lone club he made more than 100 appearances for – Falvey could mix it up with the best opposing forwards had to offer, but also had the technique to play the right pass at the right time out of the back.

It led to a career that saw Falvey experience plenty of memorable moments wherever his path led.

“If I think of the Charleston era, I think of the two championships, the match-winning goal in the Open Cup to knock San Jose out, they’re the big ones in Charleston,” he said. “Then I went to India, played against some huge players over there, [Alessandro] Del Piero, [Nicolas] Anelka, [David] Trezeguet in the first year of the India Super League, playing our first home game in India in front of a 70,000 sellout, that’s a moment I won’t forget.” 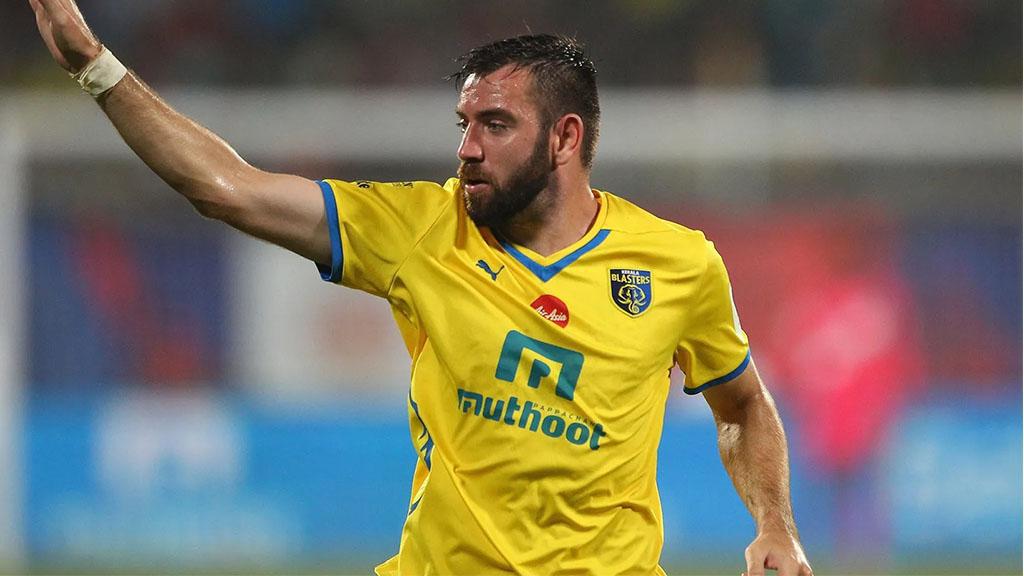 Colin Falvey competed for Kerala Blasters in the inaugural season of the India Super League in 2013-14, competing against the likes of Nicolas Anelka and Alessandro Del Piero in the new league. | Photo courtesy India Super League

But like others who’ve followed a similar path in recent years, Falvey knows there’s much more to becoming an effective coach than simply passing on the experiences from your time in the game. It’s for that reason he’s excited to link up with Briggs, whom he played with at Wilmington Hammerheads FC when he first arrived in the United States, and against in subsequent seasons in Charleston.

“We’ve stayed very close over the years,” said Falvey. “We lived together in Wilmington when we played together, but we see the game very, very similar. We’ve always bounced ideas off each other, especially in the last two or three years, he’s a little bit ahead of me obviously, he finished up a little bit before me and started his coaching career and has done really, really well.

“I’m well aware I’ve got a long way to go before I even start to think about being a Head Coach, but I think this is the perfect opportunity to work under Mark, who’s someone who’s progressed his career coming from the playing side to where he’s at now.” 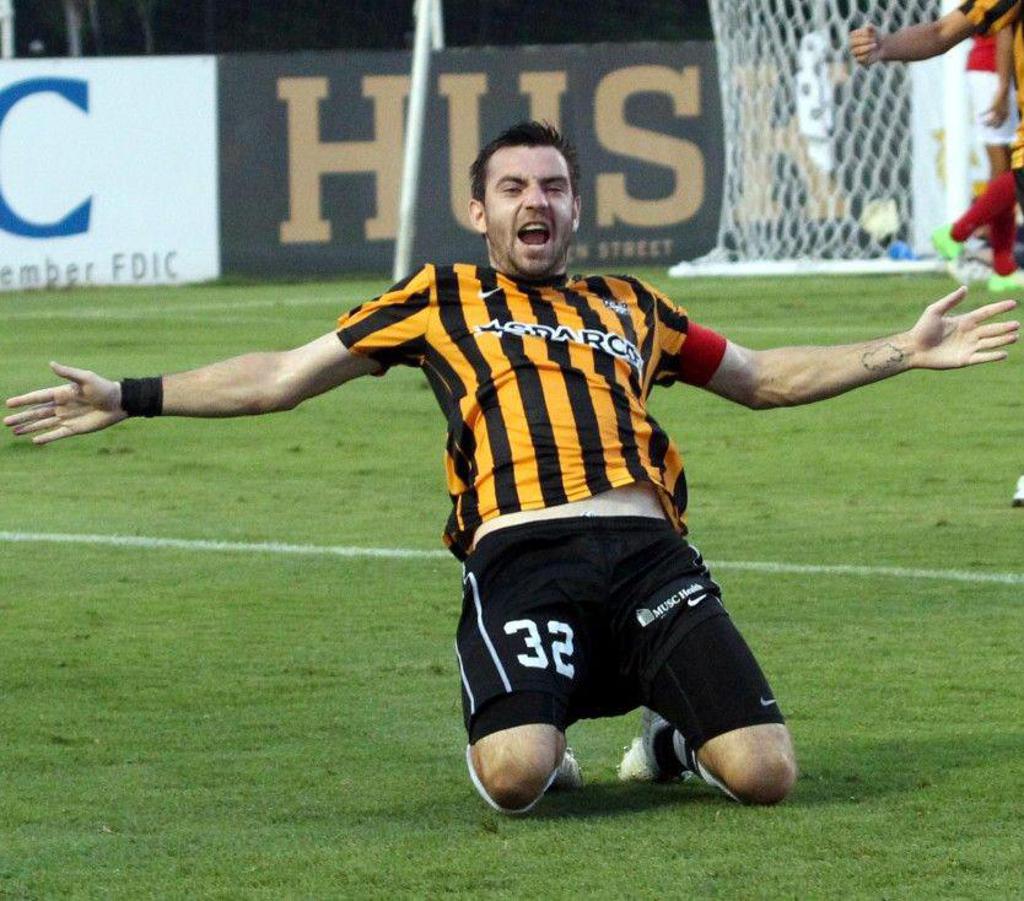 The Championship's Defender of the Year in 2013, one of Colin Falvey's best memories with the Charleston Battery was his game-winning goal against the San Jose Earthquakes in the Lamar Hunt U.S. Open Cup that year. | Photo courtesy Charleston Battery

While his connection with Briggs is longstanding, Falvey’s ties to the Battery add another member from what could be looked at as a third member of Mike Anhaeuser’s coaching tree, joining New Mexico United Head Coach Troy Lesesne – who both played for and coached with Anhaeuser in Charleston – and NMU assistant Zach Prince.

Falvey has leant on Prince for advice as he follows the path his former teammate did three years ago, with the two also having remained close since Prince’s move to the west coast.

“I was at Zach’s wedding not too long ago in Charleston,” said Falvey. “We talk all the time about what the difference is, and how you’re finding it, how you’re dealing with not playing, and all the usual topics that you’ll have, but I think you’re seeing now that were at a point that USL, you’re seeing a lot of the guys coming out of the league because it’s been that long now that the timeframe of where we’re at, the guys that were in the league when it was starting out and starting to grow, they’re all starting to finish up now and go in that direction. I’m sure the guys feel the same way as me that we’re going to try to be successful and produce, coach players for the next crop coming through. If we can help them, that’s definitely my plan.”

Falvey’s travels, though, have provided him a wealth of experiences – and coaching perspectives – to dig into. From his time with current Vancouver Whitecaps FC Head Coach Marc Dos Santos at Ottawa Fury FC, to former England goalkeeper David James at the India Super League’s Kerala Blasters, and working with Tim Hankinson at both Indy Eleven and last season at Chattanooga Red Wolves SC in USL League One, Falvey’s adventures have also brought him into contact with some astute soccer minds.

“I’ve been lucky that some things I can pick up from him and say, ‘you know what, I really like that,’ or I get a feeling that the group is like, ‘you know what, everyone liked that training, that’s a very good exercise or a very good point,’ whatever it may be,” said Falvey. “I just tried to take as much of that from each and every one of them. Some of the stuff, you’re not going to agree with, or you might want to do something differently, but their advice, every one of them, has always been to listen, keep your eyes and ears open, and every day you can learn.” 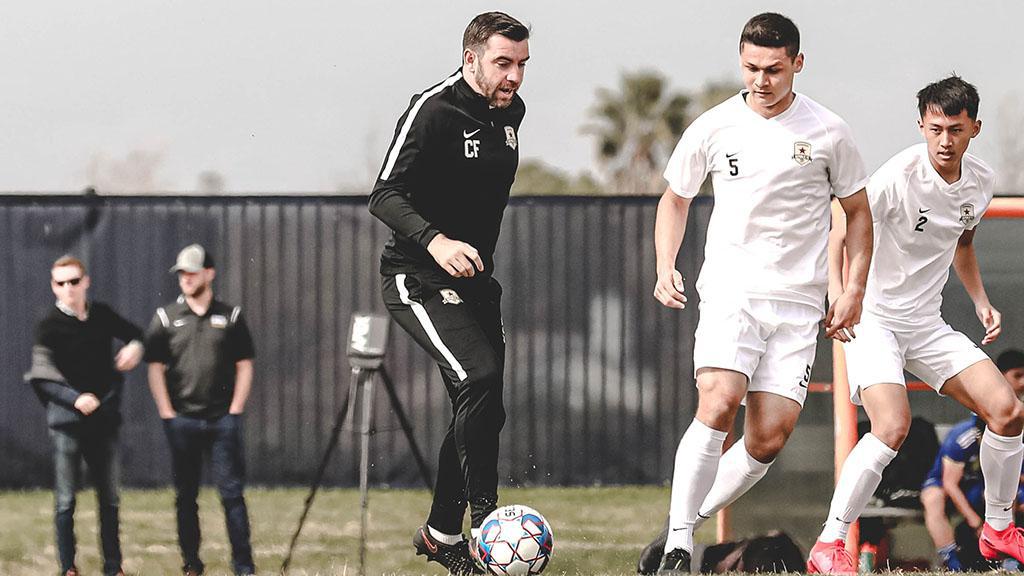 With his playing days behind him, Colin Falvey is now working on helping bring success to Republic FC as he takes his first official steps into the coaching ranks. | Photo courtesy Sacramento Republic FC

As Falvey’s new adventure begins, as always, he’s undaunted by the prospect of what lies ahead.

“[My experiences are] something that’s given me huge confidence why I think can do this, and why I’ll be good at this,” he said. “We talk about my adventure in my career and how crazy it can look because it’s been in different continents and unusual leagues, but when I look at the different characters, the different managers I’ve played for, the different leagues, cultures, in my opinion, everything is there for me to give me a foot-up and hit the ground running into this new phase.”