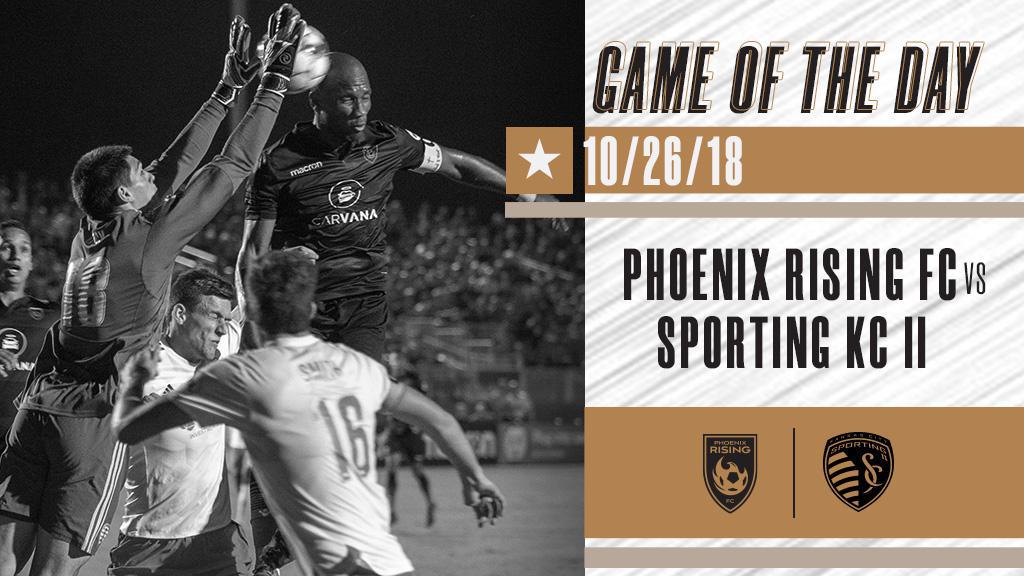 Welcome to the Classic Championship Game of the Day, where today we revisit a contest from the 2018 USL Championship Playoffs, when Phoenix Rising FC hosted Sporting Kansas City II at Casino Arizona Field in the Western Conference Finals. The meeting was a rematch from the previous year’s postseason, when SKC II had eliminated Phoenix in a penalty shootout before advancing to the 2017 USL Championship Final.

Phoenix had earned home-field advantage this time around thanks to its best regular season in club history, which placed it third in the Western Conference. Led by legendary forward Didier Drogba, Rising FC had claimed its first postseason victory in the Western Conference Quarterfinals with a 3-0 victory against the Portland Timbers 2, with Jason Johnson and Solomon Asante also finding the net.

Sporting, however, had found success against Rising FC previously that season. After earning a 2-2 draw in its visit to Casino Arizona Field behind two goals from Kharlton Belmar, while an early goal by Hadji Barry had earned a 1-0 victory in the return fixture at Children’s Mercy Park. SKC II was also coming off an upset victory of No. 2 seed Sacramento Republic FC in the Western Conference Quarterfinals and was looking to claim the conference title for a third successive season as it arrived in Arizona.