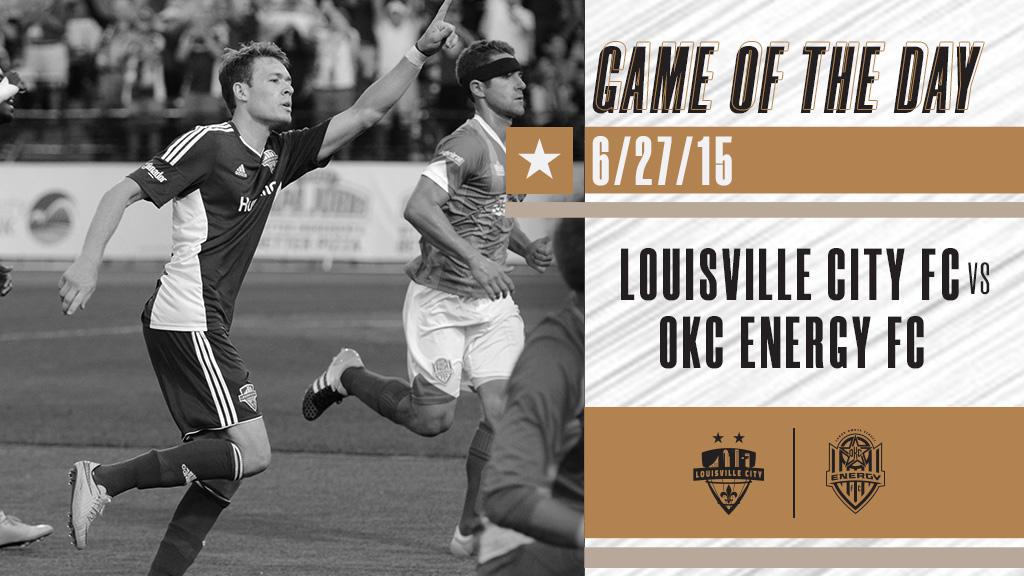 Welcome to the Classic Championship Game of the Day, where today for the second time this week we revisit a notable interconference matchup, this time from the 2015 regular season as Louisville City FC played host to OKC Energy FC at Slugger Field.

In its inaugural season, Louisville had set a solid pace on its way to playoff contention. The side had lost only once in its opening 11 games of the season, in fact, but had now hit a bump in the road after back-to-back defeats against the Rochester Rhinos and New York Red Bulls II, the latter serving as its first home defeat of the season. As a result, Head Coach James O’Connor’s squad was looking to rebound strongly in front of its home fans.

Energy FC was looking to rebound from defeat in its most recent outing as well, having suffered a 2-1 setback on the road against Sacramento Republic FC in its most recent contest. Prior to that, however, OKC had reeled off five consecutive victories – and four consecutive shutouts – that saw offseason arrivals including forward Danni Konig and goalkeeper Evan Newton that had bolstered the club for its second season in the Championship come to the fore.