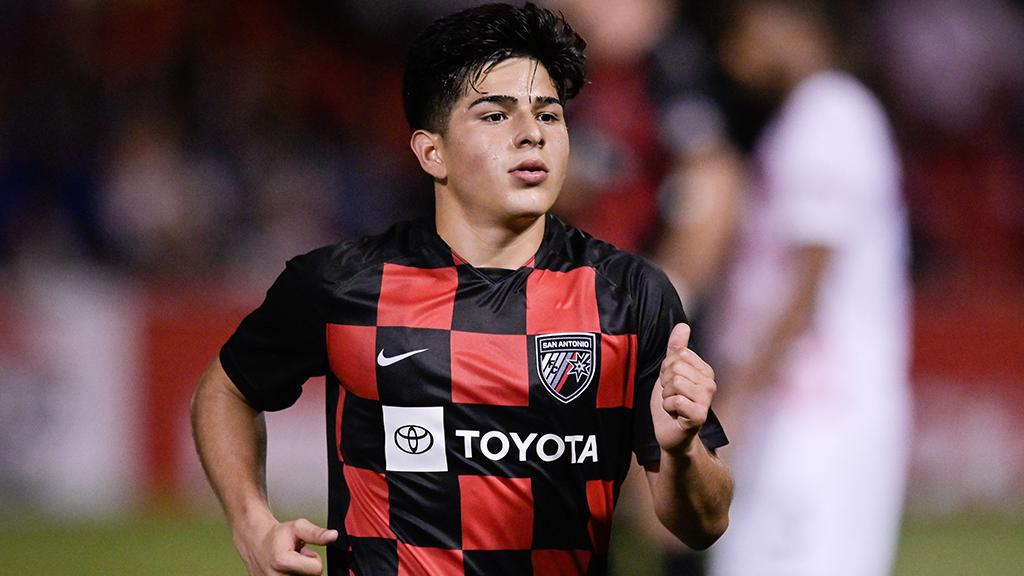 SAN ANTONIO – There were glimpses of the type of player Jose Gallegos might be in 2019, when he suited up for San Antonio FC as a USL Academy signing.

In his 14 appearances – which included six starts – he not only notched his first professional goal and assist, but also registered 11 chances created in 600 minutes of action. It was eye-catching, to say the least.

As San Antonio kicked off its preseason this spring, though, it was clear in the club’s preseason contests against MLS opposition that Gallegos had found another level and might be a key piece to the club’s success in 2020.

I know it's only preseason, but San Antonio's Jose Gallegos could be a serious option for the US-U20s.

The 18 year old has 3 goals in 3 games, and was fantastic against a first choice FC Dallas defense last night. Someone to watch out for this year.

So, when it was announced on February 27 that the club had signed the 18-year-old – who had committed to compete for North Carolina State collegiately this fall – to a professional contract, it came as no surprise.

“I've known the coaches for a really long time,” Gallegos told American Soccer Now’s Brian Sciaretta. “They're people I really trust. I wouldn't say it was an easy decision as well, because, you're passing up on an opportunity. I was committed N.C. State, and to pass up on that opportunity, it was something my parents always saw me. We came to the conclusion that this was the best for the situation I was in and for my future.”

San Antonio’s eagerness to get its prodigious young talent under contract has become part of the club’s overriding ethos. In signing professional terms with the club, Gallegos joined 15-year-old Leo Torres among the club’s squad. The SAFC Pro Academy led by Director Nick Evans – an honoree last year in the U.S. Soccer Development Academy’s Awards – has been high productive in sending players into SAFC’s First Team as Academy signings, with six players currently signed for the 2020 season under that provision.

For SAFC Head Coach Alen Marcina, though, the mentality Gallegos brings to his work on the field is what set him on the fast-track to becoming an essential piece in SAFC’s squad.

“You have to start off with the essential traits – which he demonstrates daily,” Marcina told Sciaretta. “For me, this is what separates him apart from many others. He's always applying maximum effort in all the tasks of him. He embraces challenges no matter how great. He's consistently seeking opportunities to learn and grow – which is rare at such a young age.

“He's also very humble – family oriented and has a team-first mentality. The piece we are excited about is that he exudes confidence through his actions on the field, not through words. He's also very committed to executing tasks on both sides of the ball. For an attacking player, to see that level of commitment in defensive moments is something we see as a great trait.”

Maybe the embodiment of Gallegos’ commitment to a team-first mentality can be found in what was happening alongside his head-turning performances in preseason for SAFC. At the same time – and sometimes on back-to-back nights – he continued to lead Central Catholic’s boys soccer team as it pursued a fourth consecutive TAPPS Division I State Championship. The side succeeded as Gallegos – in storybook fashion – scored the game-winning goal in a 2-1 win against El Paso Cathedral High.

Five days later, it was his time to join the professional ranks. 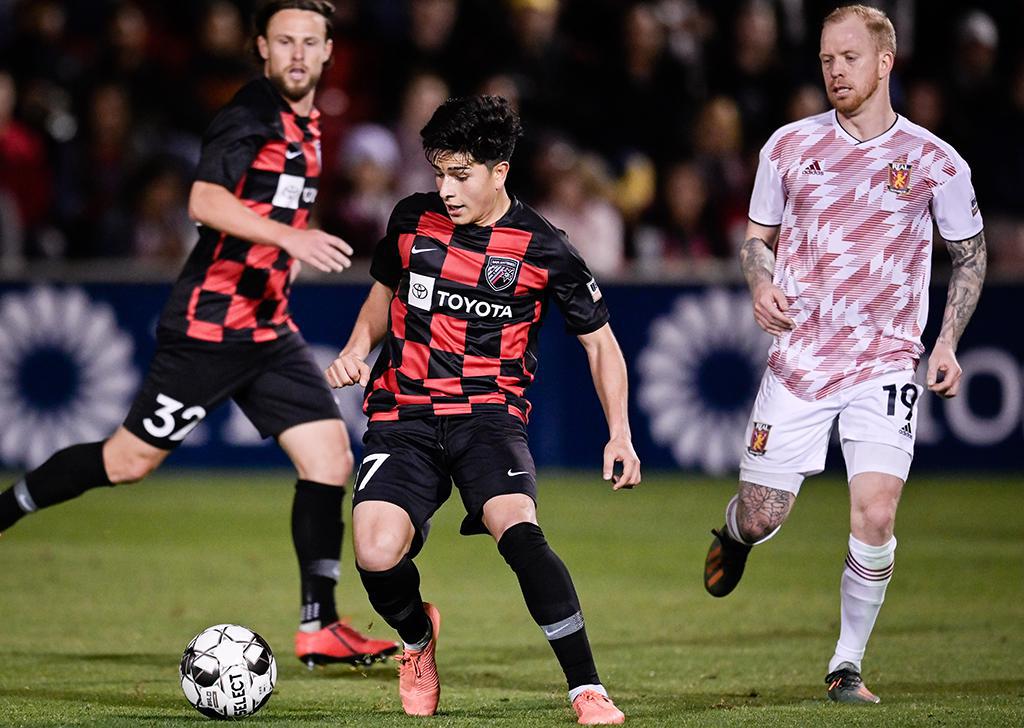 “It’s a dream come true for me as well as for him,” Central Catholic Head Coach Edward Cartee told KSAT.com’s Daniel Villanueva at the time. “As a coach you always hope to mentor another great player. He’s truly special and it’s not just because of his talent but because of his character. … He had a lot of great options that he was considering, and I think this is the right timing for him to take the next step.”

The next step for Gallegos, though, might take him beyond his hometown for good. Sciaretta confirmed he would have been on the roster for the U.S. U-20 camp in March that was cancelled due to the COVID-19 pandemic, where the team would have faced Portugal and France. The potential for Gallegos to be a central play in the U.S. U-20s next cycle – which will hopefully conclude at the FIFA 2021 U-20 World Cup to be held in Indonesia – could provide the platform for Gallegos to achieve his ultimate goal.

“The overall goal is to go to Europe,” Gallegos told Sciaretta. “But I felt that I would stay local for a bit, work hard here, and see was what the future holds. I'm blessed to be in the position I am in now – seeing players like Christian Pulisic, [Weston] McKennie – great players like that who eventually made that transfer to Europe and to Germany. To do as well as they're doing is an inspiration to all young players like us – aspiring to one day be there. I'm just doing my best to work hard here and follow in their footsteps.”

It’s a goal that, from Marcina’s perspective, could soon be within Gallegos’ reach.

“Jose, for me personally, demonstrates the attitude, the traits, behaviors needed to contribute, perform, at the USL level and also has undeniable potential of playing at the highest level of the game,” Marcina told Sciaretta. “For us as a club we are hopeful people, nationally and internationally, are going to be paying close tabs on Jose... We are excited to be a part of that process for Jose.”