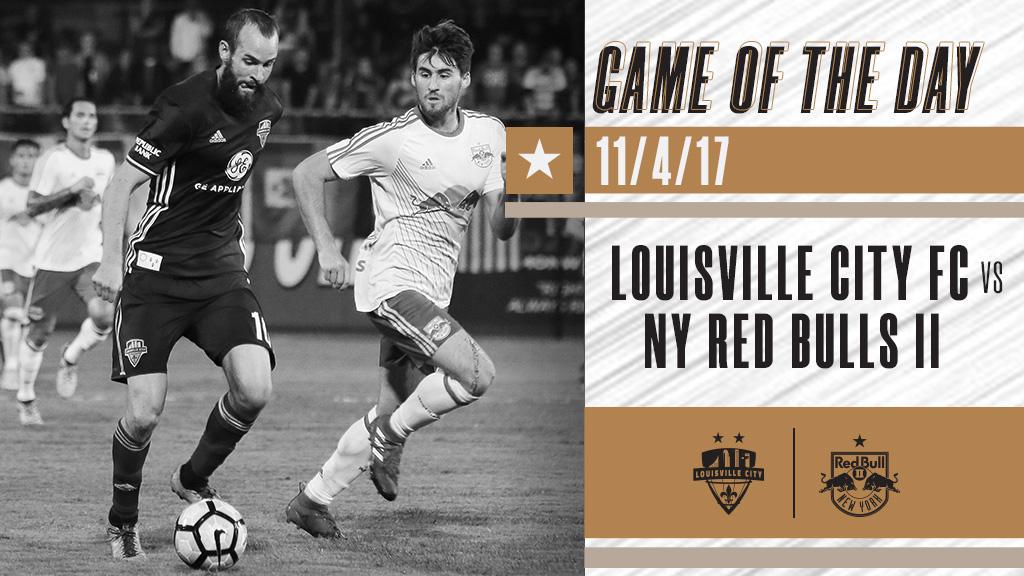 Welcome to the Classic Championship Game of the Day, where today we return to the 2017 USL Championship Playoffs and the Eastern Conference Final between hosts Louisville City FC and the New York Red Bulls II at Slugger Field.

The game was a rematch of the 2016 Eastern Conference Final, which had been claimed by the Red Bulls II after an enthralling contest that went to a penalty shootout where New York goalkeeper Ryan Meara proved the hero, sending the side onto a USL Championship Final where it would claim the title. With changes to the squad the following offseason, though, the Red Bulls II had needed a good run in the final third of the season to finish seventh in the Eastern Conference. That hadn’t mattered so far in the postseason, however, with forward Stefano Bonomo having scored three goals in two victories on the road against the Charleston Battery.

LouCity, meanwhile, had maintained its position as one of the top teams in the East as for the first time in its history it had finished on top of the regular season standings with an eight-point gap to the second-placed Battery. The postseason has also seen Brian Ownby come to life in attack with goals in each of the prior two postseason contests, including the game-winner in a hard-fought 1-0 victory against the Rochester Rhinos in the Eastern Conference Semifinals. Now ready to play before a crowd of more than 10,000 fans, the chance to reach the USL Championship Final for the first time at the third attempt was at hand.