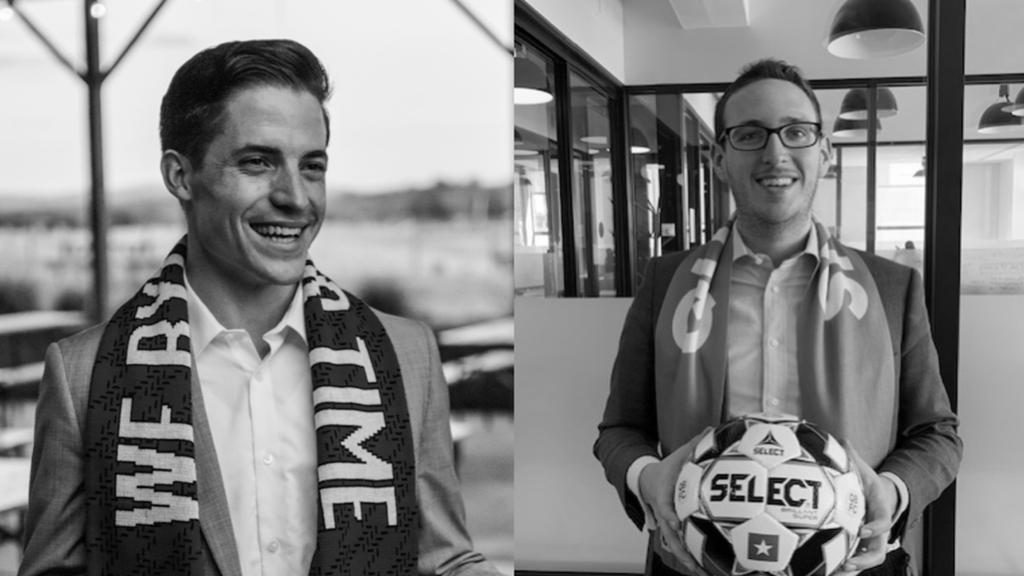 Queensboro FC announced it had hired Adam Behnke (left) as its Chief Business Officer and P.J. Davidson as Vice President, Sales as it moves toward its inaugural season in the USL Championship in 2021.

QUEENS, N.Y. – Queensboro FC announced on Wednesday its first front office hires ahead of the club’s arrival in the USL Championship for the 2021 season, hiring Adam Behnke as Chief Business Officer and P.J. Davidson as Vice President, Sales.

“Building a professional sports organization from the ground level requires excellent talent,” said Jonathan Krane, Queensboro FC founding partner and CEO of KraneShares, a New York-based asset manager. “We are thrilled to have Adam and P.J. join Queensboro FC. Their experience and enthusiasm will position the organization for great long-term success. Together, we will continue to build a winning culture within the Queensboro FC organization and community.”

Behnke previously served as Chief Operating Officer for USL Championship club Loudoun United FC.  At Loudoun United FC, Behnke successfully launched the club and oversaw the design and construction of a stadium for the team’s 2019 inaugural season. He built the organization up across key verticals including marketing, sales, partnerships, and operations. Prior to leading Loudoun United FC, Behnke spent his early career working as a sales executive for the New York Yankees. Behnke received his undergraduate degree from Columbia University and a Masters’ degree from Indiana University.

Davidson joins Queensboro FC after seven years with the New York Yankees. During his tenure in the Bronx, Davidson held multiple sales and management roles. He consistently led the group sales team to success, ranking at the top of Major League Baseball on an annual basis. With Queensboro FC, Davidson will be responsible for leading sales, service and ticket operations. Davidson received his B.S. in Sports Management from Syracuse University and was elected to the Emerging Leaders Council, which strives to provide mentorship and guidance to students and alumni.

“I am truly excited to join Queensboro FC on this journey as we develop and showcase an exciting soccer experience for our fan base,” said Davidson. “As a lifelong fan of the game, I look forward to working together with the community to ensure Queensboro FC is a club everyone is proud to call their own.”