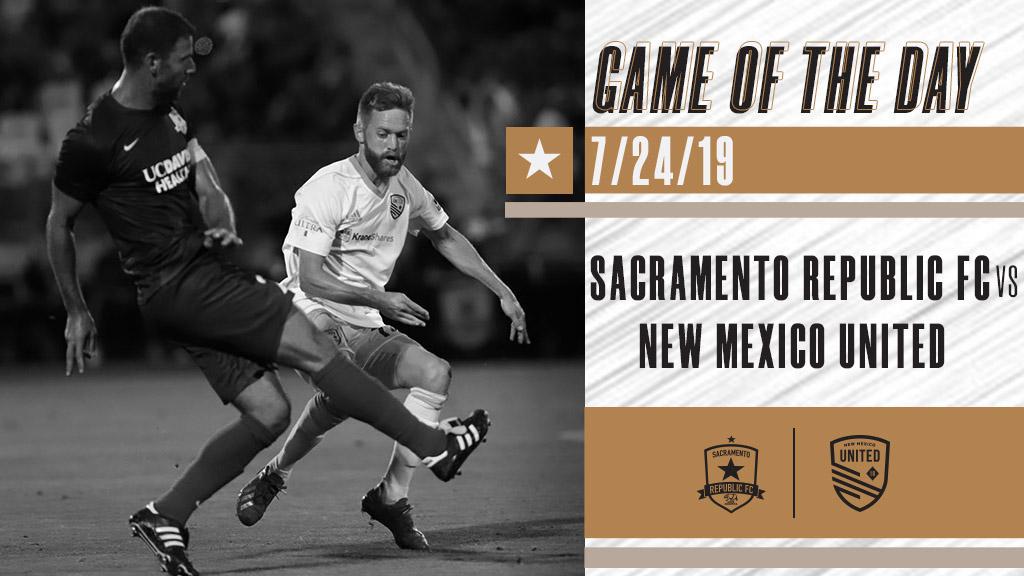 Welcome to the Classic Championship Game of the Day, where today we go back to midway through the 2019 regular season and a meeting between hosts Sacramento Republic FC and New Mexico United that produced three outstanding goals, one of them a late game-winner, at Papa Murphy’s Park.

Both sides entered with the same number of points, but each had also hit a bit of a bump in the road on their paths to the playoffs. Republic FC had eight wins in its first 18 games, but had lost three out of four after falling to Rio Grande Valley FC on the road in its last outing and was looking to get things back on track in front of its home fans.

New Mexico, meanwhile, had hit a slump in form in the Championship at the exact time it’s form in the Lamar Hunt U.S. Open Cup had soared. Road victories against the Colorado Rapids and FC Dallas had sent the first-year side to the Quarterfinals of the tournament, where it had fallen to Minnesota United FC. Away from that success, though, NMU had gone six games without a win in the league to slide down from the first-place position it had held earlier in the season.