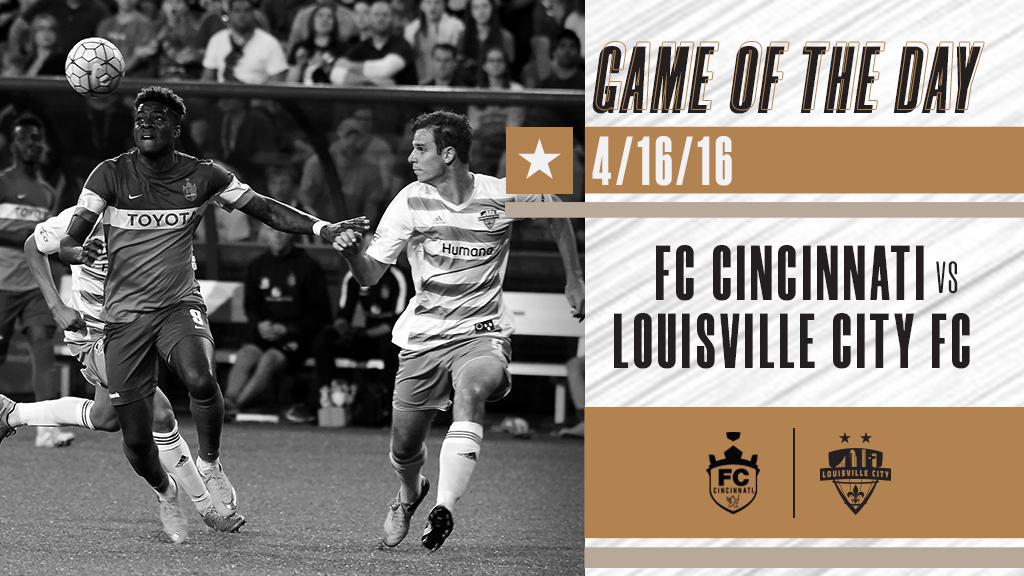 Welcome to the Classic Championship Game of the Day, where today we revisit the first meeting between FC Cincinnati and Louisville City FC at Nippert Stadium on April 16, 2016. The arrival of FCC in the Championship to join LouCity, now in its second season, set the stage for a rivalry that has produced many memorable contests in the years since.

Cincinnati had opened its inaugural season in positive fashion. After a setback in Charleston to open the year, the side had won back-to-back games including its home opener against the Charlotte Independence, a contest punctuated by Sean Okoli’s memorable scissor-kick finish. Featuring numerous notable names – including Okoli, defender Harrison Delbridge and goalkeeper Mitch Hildebrandt – the hosts were looking to make a statement in front of their home fans.

Louisville by that time had established itself as one of the leading contenders in the Eastern Conference. After an inaugural season that saw it reach the Eastern Conference Final, Head Coach James O’Connor’s side had also picked up two victories against one defeat to start its new season, with new arrivals in forward Chandler Hoffman and midfielder Paolo DelPiccolo fitting in well to the club’s established lineup.