A Spreadsheet, Some Imagination, and Some Mics; How 901 FC Squared off Virtually with Lights FC 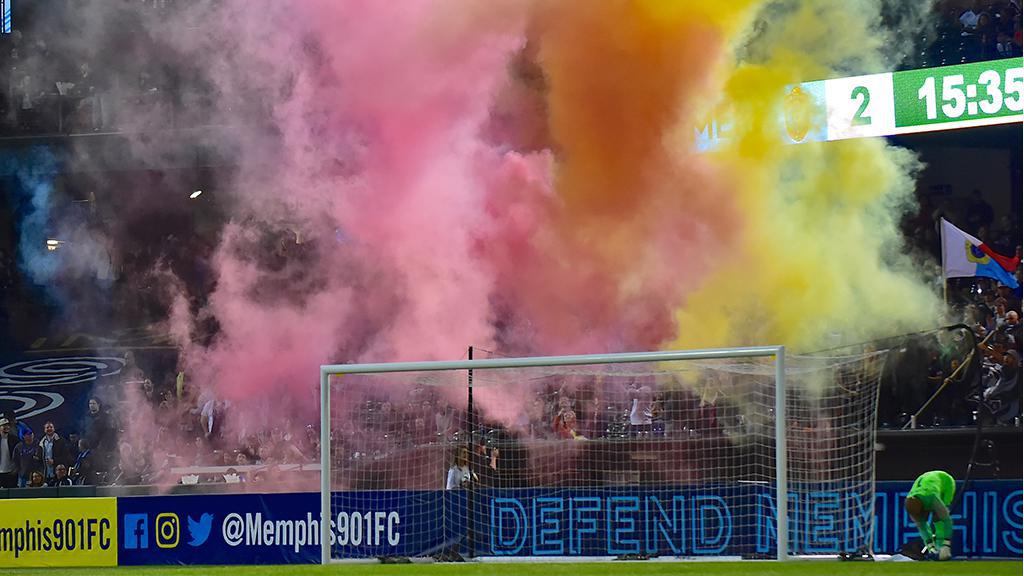 MEMPHIS, Tenn. – There have been plenty of creative ways clubs from the USL Championship have remained in action during the current temporary suspension of league play.

There’s the USL eCup: Rocket League Edition that kicked off on Wednesday, of course, where teams are competing in the virtual sphere on behalf of local charities. There’s also eUSL, where gamers representing clubs are squaring off online in FIFA20, while FC Tulsa met EFL Championship side Wigan Athletic in a two-legged virtual FIFA20 contest using the United States and England National Teams.

Memphis 901 FC podcast My 3 Subs decided to go a different route, however, creating a game out of whole cloth and then broadcasting it as part of their regular podcast.

The clash at “AutoZone Park” saw hosts 901 FC take on Las Vegas Lights FC, with every detail of the contest mapped out on an excel spreadsheet by Tim Van Horn, Peter Edmiston and Brodee Scott.

So, why the interconference matchup between Memphis and Las Vegas?

“We’re both very optimistic that the season will actually take place," Van Horn told Carlson. “We didn’t want to give either team any bulletin board material because they play in separate conferences. Unless they meet in the championship game, they will not meet this year.”

Creating potentially realistic scenarios for how the game would unfold – while also adding a sense of drama between two exciting sides – meant there was the need for a sense of spacing and timing. For the second part of that, the trio got some professional help with regular 901 FC color commentator and former Championship player Jarvis Greer one of those stepping in to call the action.

“We had our stopwatch going on our phones so that we’d have real time,” Van Horn told Carlson. “Every now and then check that and it’s like OK where should we be or what event should be happening, oh he’s supposed to almost break the dude’s leg. We should talk about that now!”

Want to find out how the game turned out? You can tune into the My 3 Subs podcast here to find out.