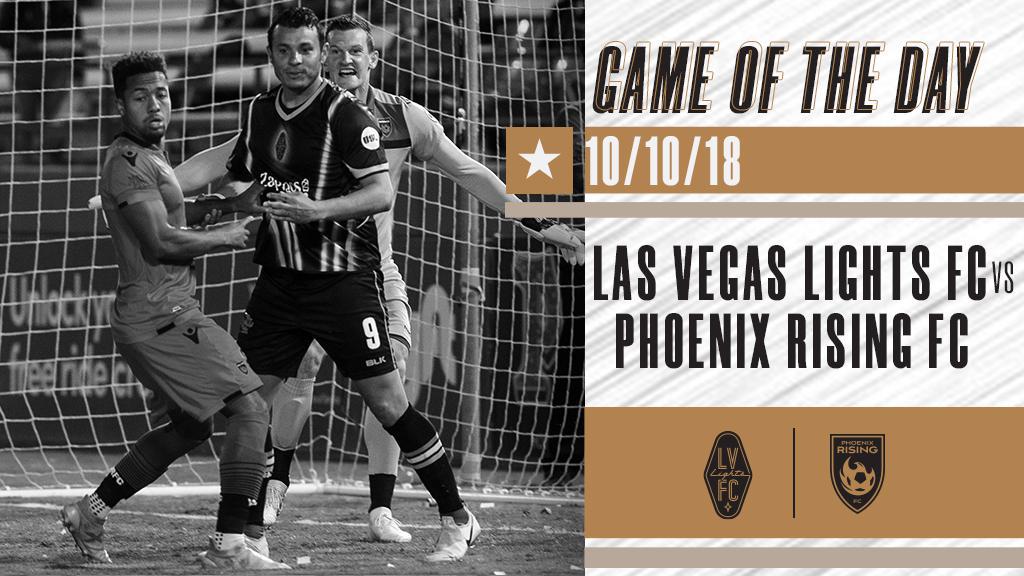 Welcome to the Classic Championship Game of the Day, where today we visit a clash late in the 2018 season that pitted Las Vegas Lights FC against Phoenix Rising FC. The Championship’s Game of the Week, the game was Las Vegas’ home finale in its inaugural season, and saw the hosts provide one final hurrah for the fans at Cashman Field.

There was plenty of sparkle to Las Vegas’ arrival in professional soccer, but unfortunately results on the field hadn’t lived up to expectations overall. Having parted ways with Technical Director José Luis Sánchez Solá – better known as El Chelis – the previous month, Lights FC was mired in an 11-game winless streak that left it well off playoff contention in the final weeks of the season.

By contrast, Phoenix was in the middle of a heated battle for first place in the Western Conference alongside Orange County SC and Sacramento Republic FC. In the second season under the club’s new ownership led by Berke Bakay, the club had taken another major step forward with the attacking prowess of Chris Cortez, Jason Johnson, Solomon Asante and legendary forward Didier Drogba – the latter two rested for this midweek outing – powering the side to success.