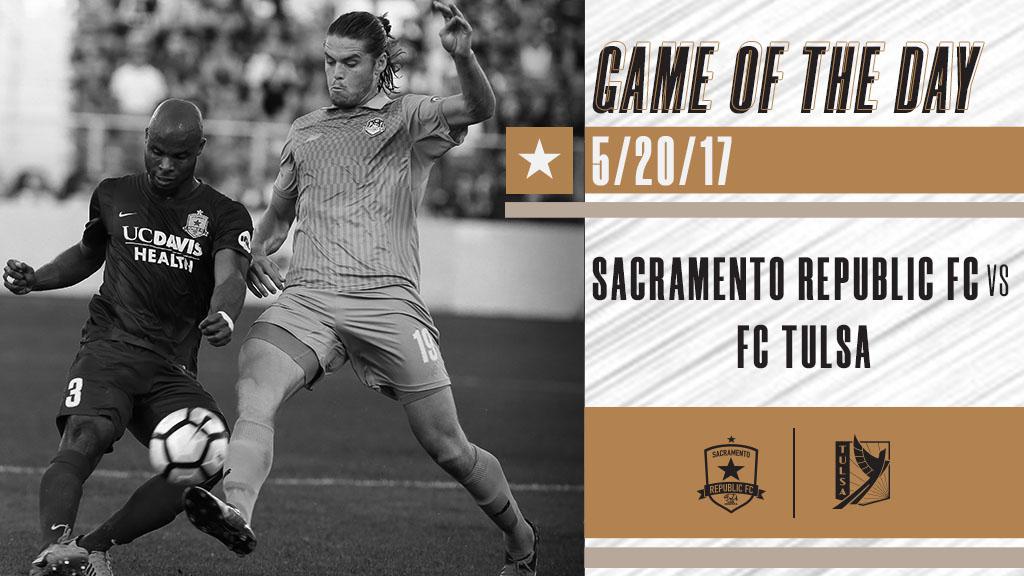 Welcome to the Classic Championship Game of the Day, where today we return to early in the 2017 season and a meeting between Sacramento Republic FC and FC Tulsa at Papa Murphy’s Park that provided plenty of action in a game that saw five goals and both sides hold the lead and rally back.

Sacramento had gotten off to a flying start, with three consecutive victories to start the year. Republic FC’s more recent form, however, had the faithful at Papa Murphy’s Park concerned, with the side having been held scoreless in six consecutive games since a 2-1 win on the road against Tulsa. Head Coach Paul Buckle’s side was coming off a morale-boosting victory in the Lamar Hunt U.S. Open Cup, however, in which it had knocked four goals past amateur side Anahuac FC.

Tulsa, meanwhile, was proving one of the early-season surprises in the Championship that season. Arriving in Sacramento off back-to-back victories against Vancouver Whitecaps FC 2 and Orange County SC, the side led by new captain Juan Pablo Caffa had also put up a big midweek display in the Open Cup, notching a 5-3 victory against USL League Two side OKC Energy FC U23. After falling on home turf when the sides had first met on April 8 at ONEOK Field, Head Coach David Vaudreuil’s side was looking for a bit of revenge.