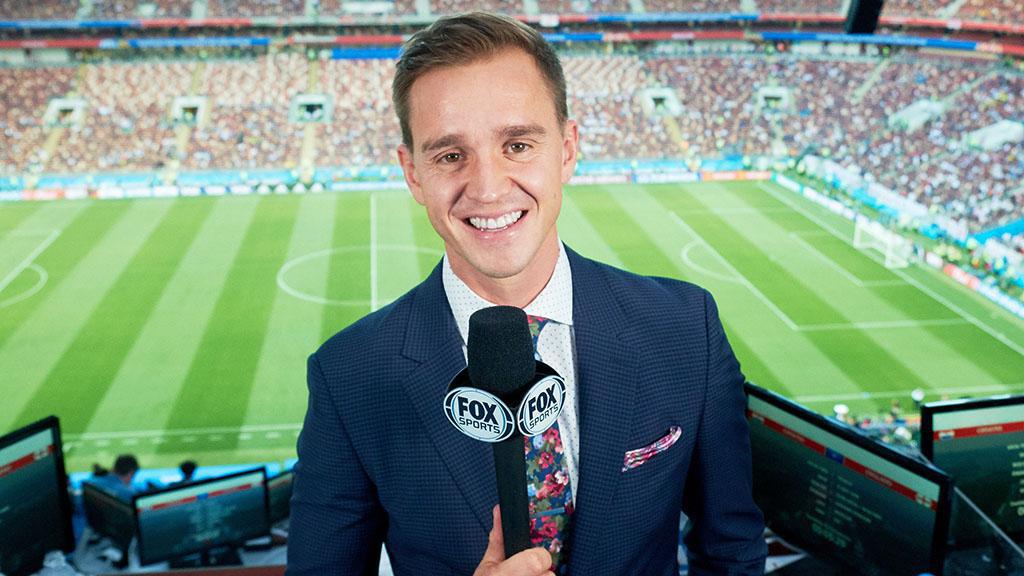 Fox Sports' Stuart Holden was the first guest on the Futbol 305 podcast, where he talked about life without live soccer and how the current crisis has affected La Liga's RCD Mallorca, where he is a minority owner. | Photo courtesy Fox Sports

If you were wondering how things are going for former U.S. Men’s National Team player Stuart Holden, he’s having just as hard a time as we all are without live soccer to watch.

The current Fox Sports announcer was the first guest on the Futbol 305 podcast hosted by Kelly Cates and Miami FC President Paul Dalglish – who was also Holden’s teammate at the Houston Dynamo – which was released on Wednesday.

“I’m missing a lot of the same things that you guys miss,” Holden said. “The energy, the excitement inside these stadiums, going to matches, working with people that are all football people, that’s all we talk about, that’s all we watch on TV. I even had my four-year-old this morning say, ‘daddy, I miss soccer mornings’ where the Premier League is on very early here on the west coast in Los Angeles, but when we wake up, we have breakfast together on a Saturday morning and watch the footy, then daddy goes off and I do my work at my games.

“Football is a release, it’s a way for people to come together to support a team, for people to be emotionally invested in something, to ride the highs and lows and the tribalism that comes from football as well. Now, we don’t have that.”

For Holden, while the lack of action on the field in the United States affects his work for Fox, there’s also as much consideration on the current COVID-19 pandemic and how it affects his role as a minority owners of La Liga side RCD Mallorca. With play shut down across Europe, the club has looked to hold true to the values it instilled when the investment group led by Robert Sarver – also the majority owner of the NBA’s Phoenix Suns – took control of the club in 2016.

“I think you can even take that to a micro-level as well within our football club,” said Holden. “We’re a club that had turned its fortunes based on creating a culture and an environment where people want to come, where there is a sense of team. We have really changed the culture at the club, and one that has turned so positively that now absolutely is an important time for us to once again show to those players that have committed to our club, and the staff members as well, that they are part of a project that is a family, and that the family takes care of them in a time of need.

“Potentially, it’s going to mean sacrifice from us from a revenue and financial standpoint in the short-term, but these are also players that let’s say we don’t treat them right in this moment in time, and the fans as well, that in three months perhaps – if hopefully the league starts up again – you’re going to be asking to put that shirt on and fight for you and keep this club in La Liga, and those are the things you’re trying to balance as you make these decisions from a financial standpoint as well as an emotional level.”

Check out more from Holden, Dalglish and Cates in the full episode.

Introducing of the #Fútbol305 Podcast@DalglishPaul & @KellyCates are joined by @FOXSports' @stuholden, co-owner of @LaLiga's @RCD_Mallorca, to discuss topics such as what it's like to steer a club through uncharted territories.