Hounds’ Lilley Draws Praise from Peers in The Athletic Survey 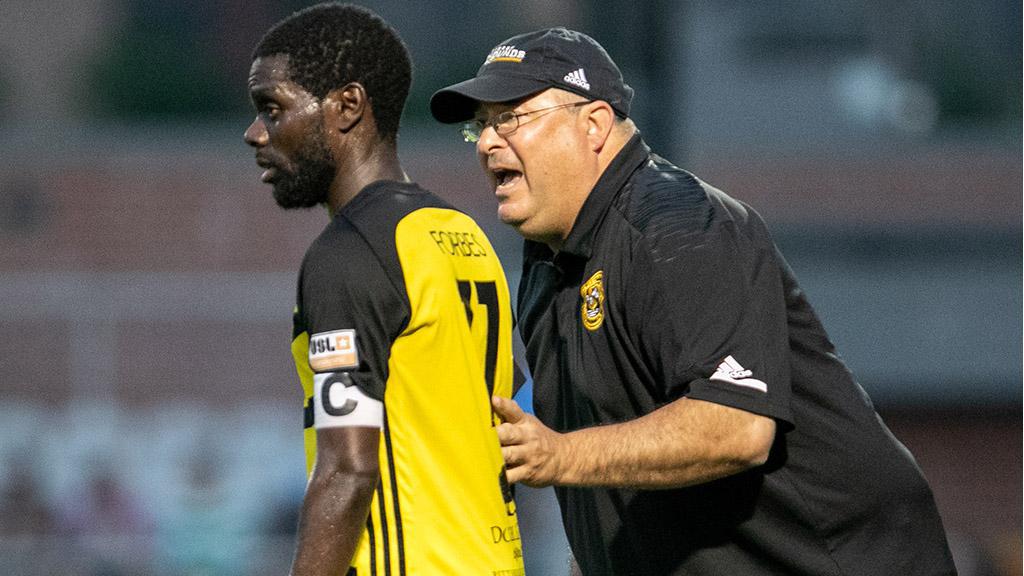 When it comes to his peers, there’s no-one quite as respected as Pittsburgh Riverhounds SC’s Bob Lilley.

That’s according to a new survey conducted by The Athletic’s Jeff Rueter, who recently polled USL Championship Head Coaches anonymously for their opinions on a wide range of topics across the league.

Lilley – who led the Rochester Rhinos to victory in the 2015 USL Championship Final and Pittsburgh Riverhounds SC to first place in the Eastern Conference last year – saw 10 of his colleagues name him when asked which opposing current or former USL head coach they admired the most.

When asked why he was so revered among his peers, one coach said simply, “because he always finds a way for his teams to be competitive.”

Others to draw plaudits in the survey included Lilley’s midfield general for the Hounds, Kenardo Forbes, who narrowly edged out Real Monarchs SLC’s Jack Blake as the most underrated player in the league.

As for the player who most think would be the most likely player in the Championship to rise to even greater heights, 2019 Most Valuable Player Solomon Asante came out on top, with San Antonio FC’s Cristian Parano and Indy Eleven’s Tyler Pasher also earning solid support.

When it comes to the fans, the coaches placed New Mexico United, Louisville City FC and Phoenix Rising FC as the top three when it came to supporter culture in the league, while NMU’s gameday atmosphere and Tampa Bay’s venue and location also drew praise as the best away days for visiting teams.

Get more insights on these topics – and plenty more – by reading Rueter’s full survey at The Athletic’s website.