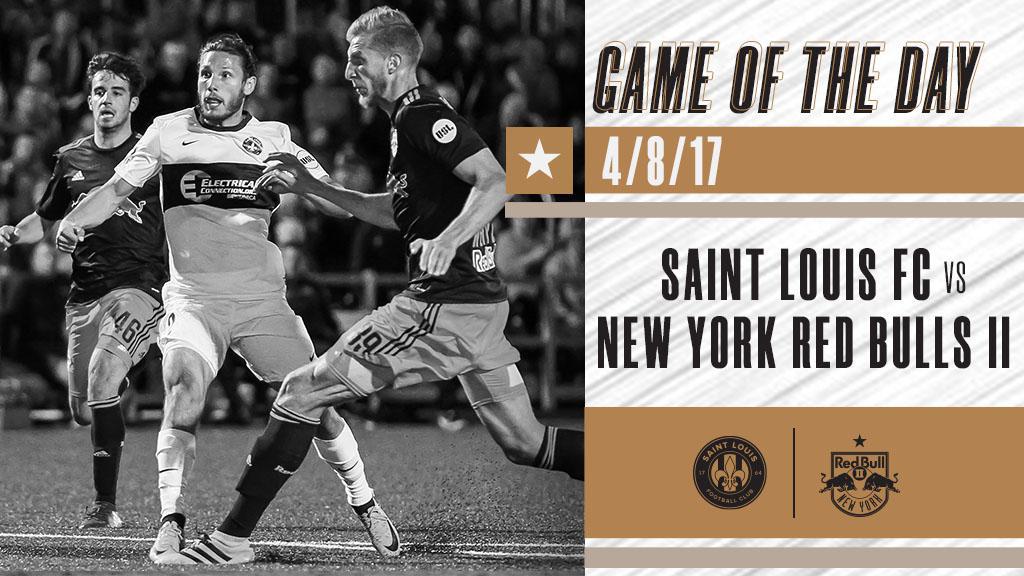 Welcome to the Classic Championship Game of the Day, where today we revisit a thrilling contest from the 2017 season between Saint Louis FC and the New York Red Bulls II that saw both sides hold leads before a decisive late winner before a near-sellout crowd at West Community Stadium.

Under new Head Coach Preki, Saint Louis had made a good start to the new season, earning a draw on the road against Kings’ Cup rival Louisville City FC to start the campaign before a 3-2 victory against Ottawa Fury FC in its home opener that saw Christian Volesky and Mats Bjurman find the net.

A big test arrived in the form of the Red Bulls II, however, which still contained some of the key players to its USL Championship Final victory the previous fall. Led by forward Brandon Allen, New York’s attacking engine also included the likes of Vincent Bezecourt, Florian Valot and Andrew Tinari, but the side was looking to rebound from an early defeat in its prior outing as it arrived in the Midwest.