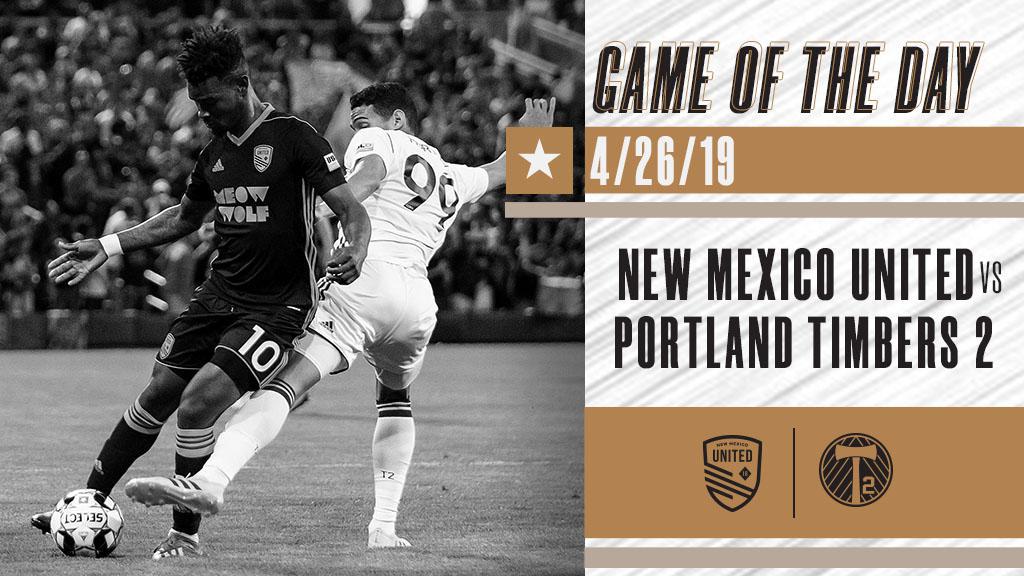 Welcome to the Classic Championship Game of the Day, where today we look back on an early-season contest between New Mexico United and the Portland Timbers 2, who had set the early pace in the Western Conference going into their meeting at Isotopes Park before a raucous crowd of 12,921 fans.

First-year side New Mexico had hit the ground running with an attack that led the league with 16 goals in its first eight games of the regular season. The club’s attack was led by a dangerous quartet of Devon Sandoval, Santi Moar, Chris Wehan and Kevaughn Frater, but as it returned home NMU was looking to rebound from its first defeat of the season against Reno 1868 FC the previous Saturday night.

T2 had also gotten out to an excellent start to the season and sat one point ahead of New Mexico with four wins in its first seven outings. Portland’s attack had also been in stellar form, recording 15 goals behind the efforts of Foster Langsdorf, Ryan Sierakowski and the creativity of U.S. U-23 international Eryk Williamson. After rallying twice in their most recent outing, a 2-2 draw with Colorado Springs Switchbacks FC, the visitors were ready to challenge New Mexico’s undefeated home record.