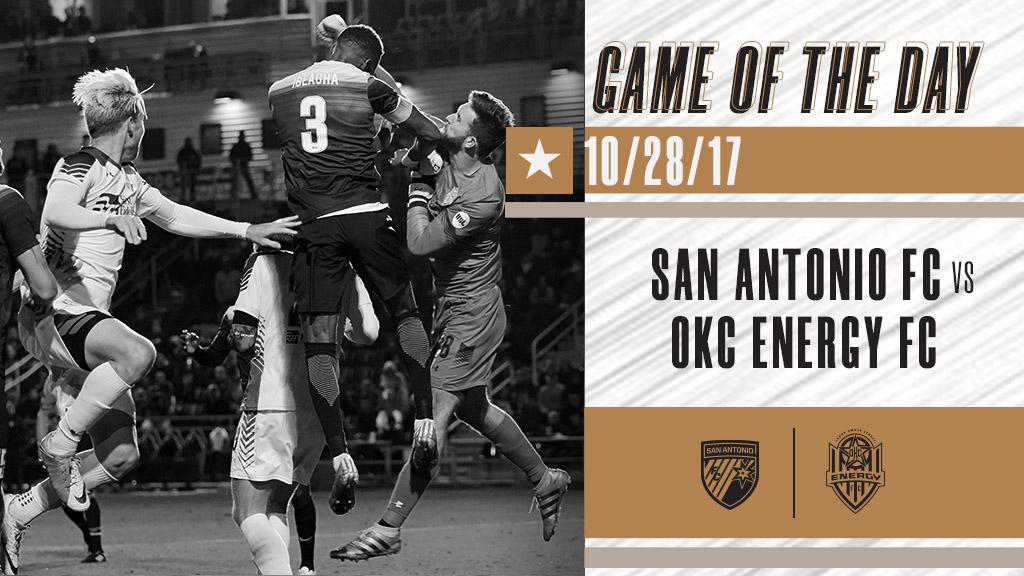 Welcome to the Classic Championship Game of the Day, where today we revisit a hard-fought postseason clash that saw No. 2-seed San Antonio FC host No. 6-seed OKC Energy FC in a Western Conference Semifinal at Toyota Field. With the sides having played to three draws during the regular season another close battle was expected, and it turned into a classic encounter.

San Antonio had ridden to a second-place finish in the Western Conference behind the best defense in the league, with goalkeeper Diego Restrepo and center back Sebastien Ibeagha at the heart of the club’s success. SAFC had to fight for its first postseason victory in club history the previous weekend, however, as 94th-minute penalty kick by Ever Guzman proved the winner in a 2-1 win against FC Tulsa.

Energy FC, meanwhile, had needed a late surge of five wins in the final six games of the regular season to earn a third consecutive trip to the USL Championship Playoffs. The club’s run of form coincided with Jose Angulo catching fire to claim October’s Player of the Month award, but it was a goal by Wojciech Wojcik that earned victory in the club’s first postseason outing against Reno 1868 FC the previous weekend.

The scene is set, so sit back, relax and enjoy a classic clash from USL Championship Playoffs history.