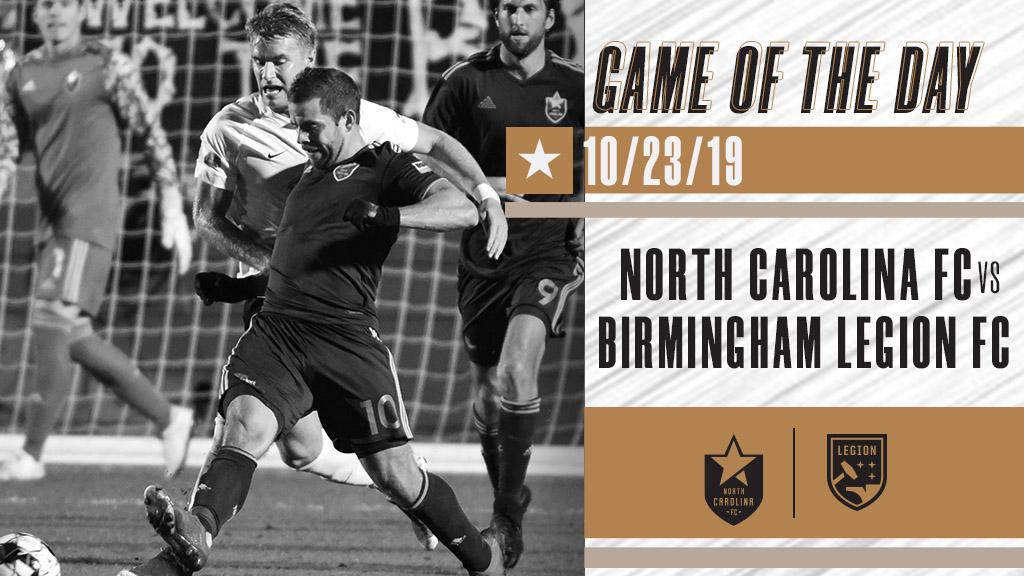 Welcome to the Classic Championship Game of the Day, where today we go back only a few months to the epic Eastern Conference Play-In Round contest between No. 7-seed North Carolina FC and No. 10-seed Birmingham Legion FC from the 2019 USL Championship Playoffs.

NCFC had seen its ups and downs during its first season with Head Coach Dave Sarachan at the helm. At one point it had gone on an eight-game undefeated streak, but while a five-game winless streak put the pressure on late in the season to secure a trip to the postseason, three wins in the final four games of the regular season not only ensured that opportunity but also earned the chance to host a postseason contest as well.

Legion FC, meanwhile, had gone through the usual growing pains of a first-year club, but emerged as the lone side from the 2019 expansion class in the Eastern Conference to reach the playoff field. The side’s form didn’t quite inspire confidence, however, and with only two wins in its last eight games it secured a spot mostly due to even greater struggles at Saint Louis FC down the home stretch. With the slate wiped clean, and two clean sheets against North Carolina in their regular season meetings to gain confidence from, Head Coach Tom Soehn’s side headed north ready for action.

The scene is set, so sit back, relax and enjoy some classic postseason Championship action.