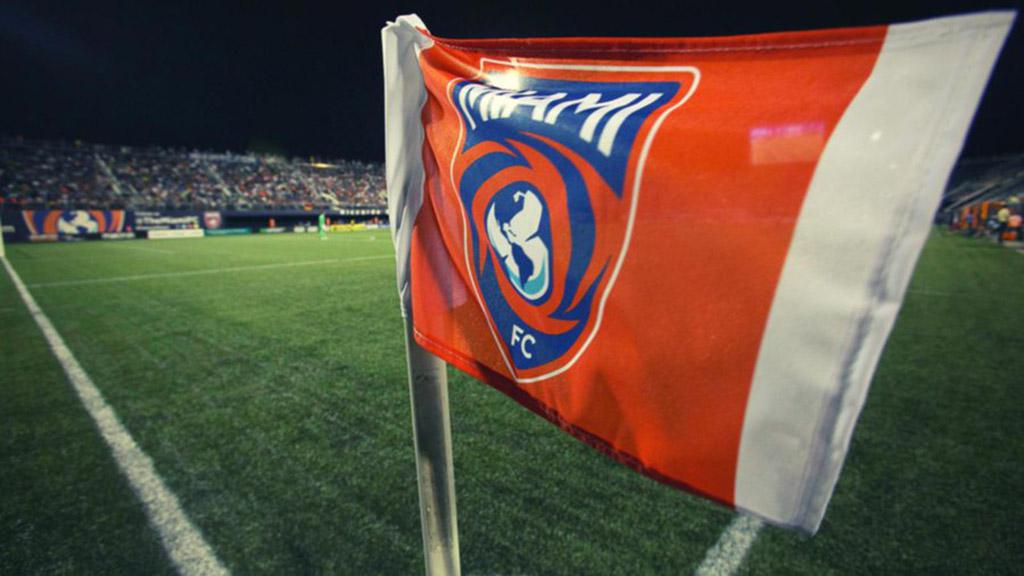 Miami FC has looked to maintain the connections within its club online during the current climate, hosting online Q&As with players and tri-weekly fitness sessions to help Academy players remain in shape.

MIAMI – One of the major building blocks in creating The Miami FC’s identity has been forging strong bonds between the club’s First Team squad and the Academy program.

Whether that was through Miami FC players attending Academy games, or events that brought all the players together and allowed them to create individual relationships away from the field, it’s a core proponent of what the club is looking to provide young players that hopefully will have bright futures ahead of them.

“It’s one of the big things we have here,” said Miami forward Miguel Gonzalez. “We want to support the academy and know how important it is to us.”

In the current climate of social distancing and isolation those opportunities might have diminished, but the club has made every effort to make sure the relationships that were already forming and new opportunities to connect can continue to thrive in the online sphere.

On one hand, there are the video chats hosted by First Team players including Gonzalez and El Salvador international Tomas Granitto with the club’s Academy players. The sessions offer a chance for the players to talk about their experiences, and the chance for Academy players to ask questions about the road that might lie ahead in their futures.

“I think it’s a great thing the team’s doing, because we were at that point in our lives,” said Gonzalez of the online chats. “I remember playing when I was a kid and looking up to players and having that opportunity would have been amazing. I don’t think I ever had that opportunity.”

Then there’s the work being done by Anthony Hazelwood, who heads Miami FC’s Sports Performance program. He’s now hosting online fitness training three times a week via Zoom from the comfort of his own living room, with programs that include movement, dynamic stretching and technical ball-work. 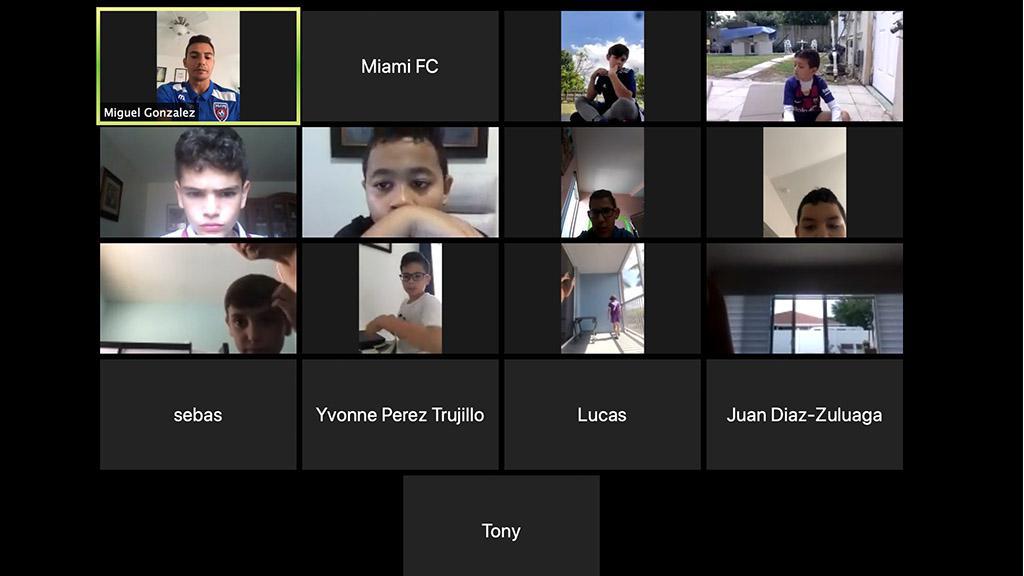 Players from Miami FC's Academy have had the chance to engage in online chats with First Team players including Miguel Gonzalez, who has shared his experiences with the next crop of players hoping to reach the professional ranks. | Image courtesy Miami FC

“Seeing it’s in my living room, they can see it’s kind of a limited environment, so that encourages and motivates them to do the same,” said Hazelwood.

Combine the two elements, and the resources are there for Academy players facing potential downtime to turn it into something productive. And, so far, Gonzalez has been impressed with the preparation and thoughtfulness the club’s youngsters have brought to the table.

“I think they ask a lot of really good questions and a lot of interesting questions that I think help them,” said Gonzalez of the Academy players. “Once it gets going, once we talk and they’re able to see we were in their shoes at one point, they can learn and aspire to be where we are.”

On an individual level, Gonzalez and his teammates are trying to make the best of what they have on hand while waiting to reunite as a squad. That’s been more limited in recent days as local parks and beaches have been closed, meaning less chance to do ball work or longer training runs from Gonzalez’s perspective.

As it is, the players are trying to stay physically and mentally sharp, with Hazelwood’s personalized fitness routines a staple of the daily routine. Gonzalez said in addition to that, he’s been reading a lot more and playing board games with teammates that live nearby to try and get away from thinking too much about soccer at times.

The time spent online, though, has become another useful part of that routine as the club’s players and staff remains close, even while in isolation.

“To be able to do that for the Academy and those kids – especially during these circumstances – I think they see it as a great learning [tool],” said Gonzalez. “They get to see what we do and even just asking us questions, they interact with us well and they find it to be very enjoyable.”