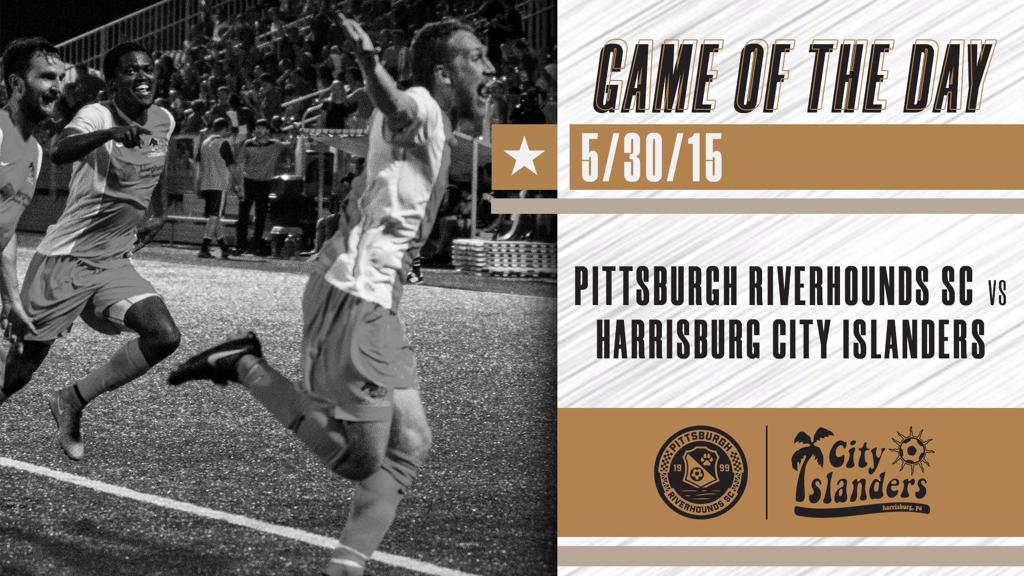 Welcome to the Classic Championship Game of the Day, where today we go into the archives for one of the greatest games in the Championship’s history. The Keystone Derby Cup rivalry between Pittsburgh Riverhounds SC and Harrisburg City Islanders had numerous memorable editions, but nothing quite compared to the Miracle on the Mon at Highmark Stadium on May 30, 2015.

The two teams had already had one eventful meeting in the 2015 season opener, with the Hounds having claimed a 5-2 victory behind a hat trick from Kevin Kerr and a pair of goals by Rob Vincent. The dynamic midfield duo was at the center of what was a good year overall for the Hounds, which also saw the side take D.C. United to extra time in the Lamar Hunt U.S. Open Cup.

Coming off their second trip to the USL Championship Final the previous season, however, the City Islanders were also full of firepower. Playmakers Jose Barril and Yann Ekra both provided attacking threat in the opposing half, while Jason Plumhoff finished the season with double-digit goals to lead the attack.