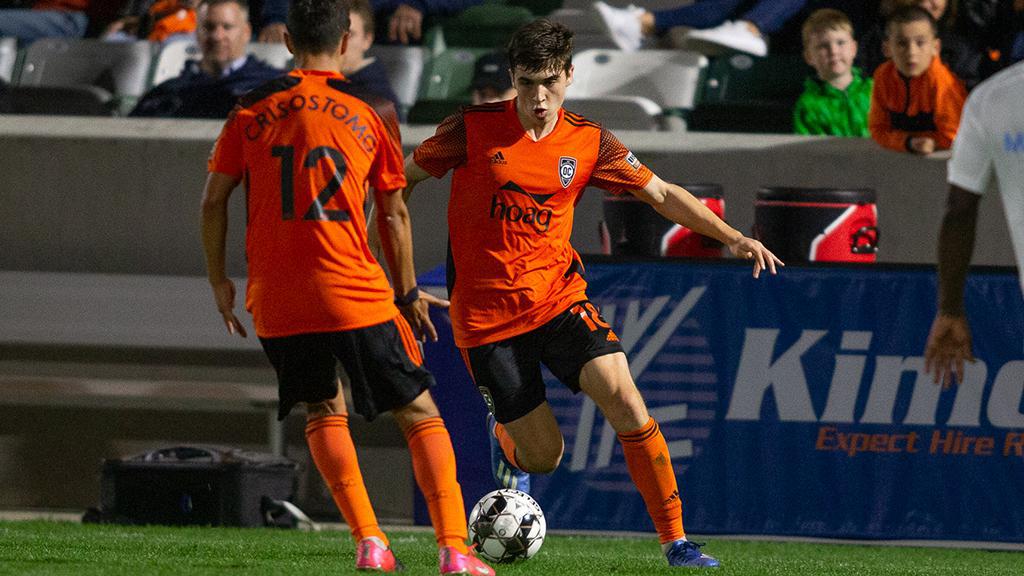 Orange County SC defender Cammy Palmer, like many of us, has had a bit more downtime than he was anticipating following his loan move from Rangers FC this offseason.

The 19-year-old is putting that extended spell away from the field to good use as he waits for the USL Championship season to resume.

“I am doing a Uni course on social psychology,” Palmer told The Herald’s Christopher Jack recently. “So that has been good for me, it keeps me busy and gives me something else to focus on rather than football 24 hours of the day. At Rangers, they encourage you to keep up with your studies and not just have football. You could have a bad injury, you might retire, or you might fall out of the game. So, they encourage you to be academic as well – it gives you a backup just in case.

Palmer was one of three players to arrive at Championship Soccer Stadium in February through the new partnership between Orange County and the historic Scottish club alongside Danny Finlayson and Matthew Shiels. He made his debut in OCSC’s season opener earlier this month, a 0-0 draw against El Paso Locomotive FC, going 72 minutes and recording four interceptions while completing 25 of 31 passes and one key pass.

Having spent time on loan previously in the Scottish Championship with Partick Thistle in late 2019, Palmer says the level of play in the second tier Stateside compares favorably to the competition he would be getting if still in Scotland’s second division. That’s definitely a good thing for the Northern Ireland U-19 international as he looks to build a platform for his professional future.

“You want to be playing at as high a level as possible to allow you to match the high standards at Rangers if possible,” Palmer told Jack. “You are always in, always with the guys and doing something on the pitch or in the gym or video stuff. We can’t have any complaints about the training, the pitches, the coaches because it is all top class and they have helped us out, supported us and made it easier to settle into the new environment.

“They are trying to replicate some things from Rangers in terms of how they go about their business and that was a big part of why we came here. It is something that will really help us when we go back.”

While Palmer is looking to further his career on the field in Orange County, OCSC President of Soccer Operations and General Manager Oliver Wyss believes the partnership between the two clubs can provide his organization a higher profile in European soccer circles.

In addition to numerous young American talents in Orange County’s squad such as U.S. youth internationals Aaron Cervantes and Diego Lopez and midfielder Francis Jacobs, the squad has also brought aboard intriguing international talent to help its aim of claiming silverware, while offering players from Europe a chance to find a place in the growing North American soccer market.

"This partnership is a great opportunity to expose Orange County and the USL to the European market,” Wyss told Jack. “The USL Championship is the fastest growing second division professional league in the world and it now has very talented international players that are coming to play here. It is a great league for the Rangers players that we have here – and other European players – to showcase themselves in the American market and other markets.”