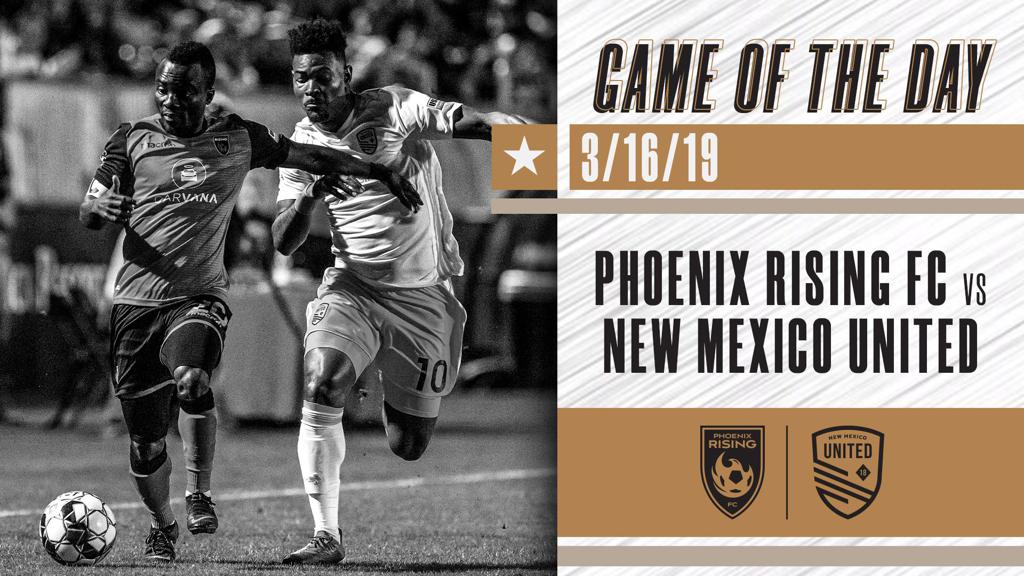 Welcome to today’s Classic Championship Game of the Day, where we look back at the start of what quickly became one of the best rivalries in the league throughout the 2019 season. When Phoenix Rising FC welcomed New Mexico United to Casino Arizona Field on March 16, 2019, we figured there would be entertainment, but this matchup gave a taste of what was in store for the rest of the season.

The defending Western Conference title-holders, Phoenix Rising FC had battled to a thrilling 3-3 draw on the road against San Antonio FC to kick off its new season the previous weekend. Led by the returning Solomon Asante and newcomers Adam Jahn and Junior Flemmings, the hosts looked one of the favorites to not only return to the USL Championship Final going into the season, but to this time lift the trophy.

New Mexico United, on the other hand, had pulled together its own collection of attacking talent to kick off its inaugural season. Albuquerque native Devon Sandoval had scored the first goal in club history the prior week in a 1-1 draw against Fresno FC, while Kevaughn Frater, Chris Wehan and Santi Moar were also on board to give Head Coach Troy Lesesne’s side an attacking kick.