From youth to college and now the pros, goalkeeper’s journey has charted San Antonio soccer 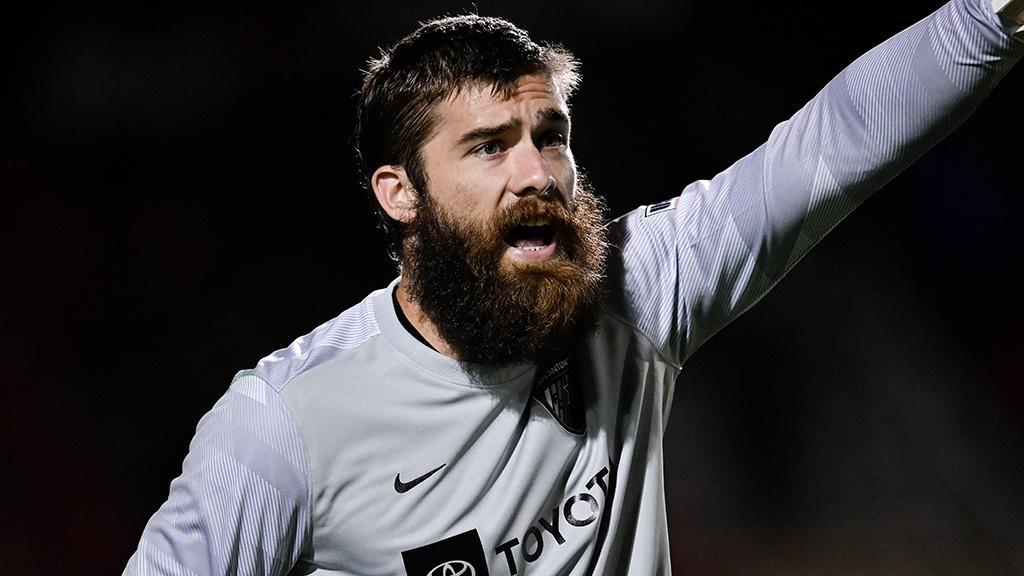 SAN ANTONIO – Not many people can say they’ve seen every day of San Antonio FC’s existence.

But goalkeeper Matt Cardone is one of them.

Now in his fifth season at SAFC, Cardone was on the bench at Starfire Stadiumwhen the club first took the field against the now-Tacoma Defiance on April 3, 2016. Since making his debut later that same year he’s become not only a staple, but also a fan-favorite, within the organization.

Cardone’s personal journey has, in many ways, mirrored that of the club itself, which in its own right has become one of the model club in the Championship.

“It’s cool to see how this club started, to where it is today with the success of the first team, the academy programs and everybody else involved,” Cardone told KSAT.com’s Andrew Cely recently. “They’ve all done a really great job. I’ve learned so much and I’ve had great coaches and great staff here. They’ve all helped me out… it’s just been really great so far.”

But dig deeper and Cardone’s personal journey through San Antonio’s soccer community is a remarkable. From his start at Classics Elite Soccer Academy and MacArthur High School to joining Trinity University, to signing with the San Antonio Scorpions in 2015 after the conclusion of his college career, and it’s clear that the 26-year-old is a true product of the community. A symbol of what’s possible. And a guiding light for kids across the city to follow in pursuit of their own dreams.

There’s no place that Cardone would rather be.

“I just love being here,” Cardone told Cely. “I don’t take it for granted. The opportunity to represent the city and the club is a big responsibility to have every day you come out here.”

To reach this point, where he has become the club’s de facto starter, Cardone has seen his game grow exponentially. After making 32 appearances across his first three seasons, he cemented himself as the club’s No. 1 in 2019, more than doubling his career total with 33 appearances in 34 regular-season games. With that came a career-high 94 saves and seven clean sheets and the confidence to help the team move forward in 2020.

“I’ve had the fortunate experience to work alongside him in two different organizations,” current SAFC Head Coach Alen Marcina, who was also with the Scorpions when Cardone signed with the club, told Cely. “He’s grown tremendously, and he’s been a great example to all of our youth and the aspiring goalkeepers here in San Antonio. He’s the only ‘keeper to my knowledge that has spent five years with the same club, so that’s something very special.”

With his best years still ahead of him, and with SAFC looking to return to the USL Championship Playoffs once play resumes, the drive to improve game-in and game-out remains front and center.

“You’ve got to have the same mentality you had when you started playing,” Cardone told Cely. “You just have to want to constantly get better. You always want to progress personally and help the team have a successful year. That means getting into the playoffs and bringing home a championship.”