Expects positive attitude, flexibility will be essential to returning to action near 100 percent 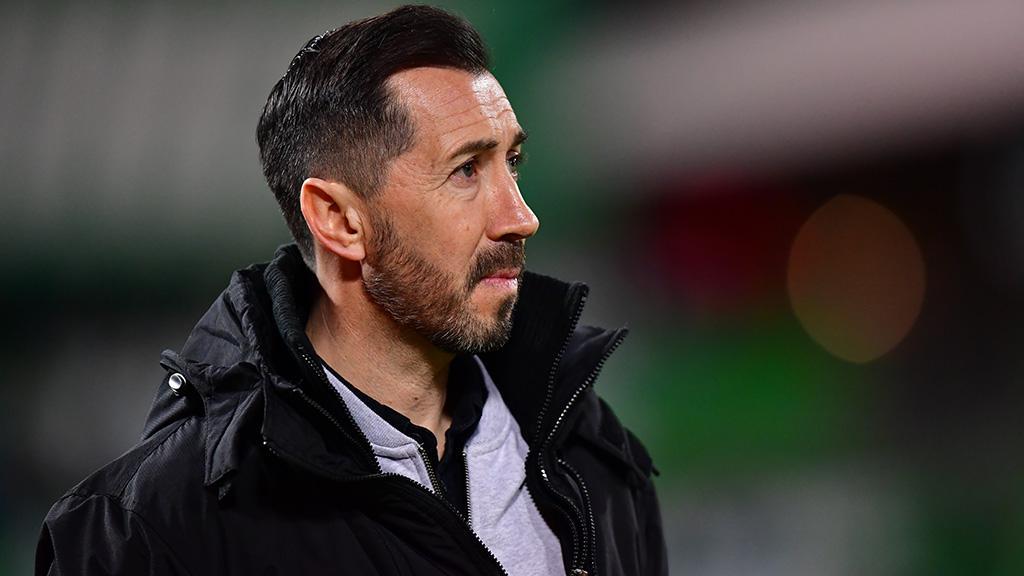 INDIANAPOLIS – As he and his squad arrived for practice on Thursday morning, Indy Eleven Head Coach Martin Rennie was still optimistic that his side’s contest against Sporting Kansas City II scheduled for Saturday evening at Children’s Mercy Park was going to go ahead as planned.

By the time the squad broke at the end of practice, however, it became clear that the side wouldn’t be seeing action in the USL Championship for a while.

“It happened pretty quickly,” Rennie told Greg Rakestraw in the most recent edition of Soccer Saturday on 107.5 The Fan. “It was kind of a weird atmosphere because you’re trying to get focused and get everybody engaged, and I think at that point we all thought we were going to be playing, but it soon became obvious that we weren’t, so by Friday it made sense to have a little break and then over the weekend to do the same, but hopefully we can get back into training and keep the fitness and build on the work we’ve already done.”

Rennie has seen plenty over his coaching career. Most notably, there was the time he was coaching in South Korea when tensions between the country and North Korea were escalating at a rapid rate as Rennie was preparing to lead his side – Seoul E-Land – into a regularly scheduled contest.

“I remember going in to coach a game and being told that if something hadn’t been sorted out by the time the game was over then there was basically going to be a war, so I remember that and actually being like, ‘wow, this is crazy,’” Rennie told Rakestraw. “I know the troops were lined up on the border and thankfully nothing came of it, and I think for people in Korea they were used to things like that happening, but for me, I was terrified by that.”

But a situation like that brought about by COVID-19 – which has shut down all professional team sports in the United States and around most of the world – is an entirely unprecedented one in which to try and work through. As fluid as the situation remains, Rennie said at the time he was hopeful the Eleven’s squad may be able to get together and try to maintain the fitness it had build up over preseason, but there are many more questions than answers as to how he and other coaches around the Championship will be able to proceed while they wait for the all-clear to return to action.

Rennie does have some ideas as to how the Eleven could use its time, as and when it becomes available, bringing some different training ideas to try and keep things fresh for the players.

“I do think we have opportunities to do certain things that wouldn’t normally do,” Rennie told Rakestraw. “We could work in smaller groups a bit more often, we’re usually tight for time so we have to work with the whole team towards the bigger picture, but it might give us more opportunities to split things up. At this point in the season we can see certain players need extra work on certain things, so maybe we can really devote more time to that.”

Maybe the biggest things for Rennie and his squad, though, is going to be making sure when the chance does come to work together that the spirit in the camp is upbeat and ready for action to return.

“Mainly, I think we need to have as positive an attitude as possible, and a kind of open mind as to what we need to do, be flexible based on the information that we get, when we get it.”