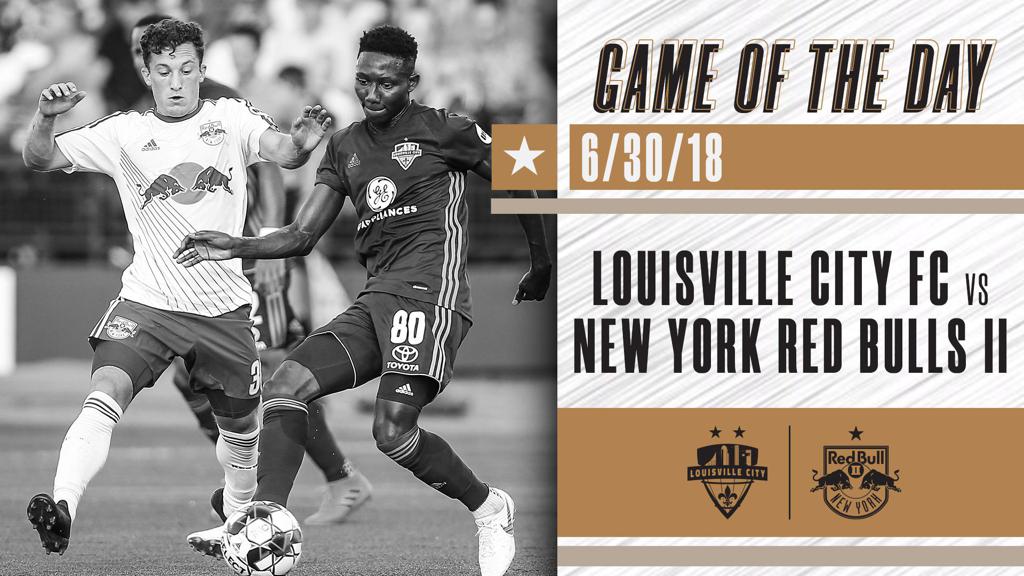 Welcome to today’s Classic Championship Game of the Day, where we’re going back to a historic moment in the rivalry between Louisville City FC and the New York Red Bulls II at Slugger Field from June 30, 2018.

The game came at the end of a notable week in LouCity’s history. Two days prior the club had officially broken ground on what would become its 11,700-seat soccer-specific venue, Lynn Family Stadium. The following day, however, it was announced that Head Coach James O’Connor – who had led LouCity on the sidelines since the club’s inception – was departing to take the same position at Orlando City SC in Major League Soccer.

O’Connor would lead the side in one final contest before heading to Florida, however, and it was a matchup that after only three-and-a-half seasons was already rich with history. LouCity and the Red Bulls II had met in the previous two Eastern Conference Finals of the USL Championship Playoffs, with either side claiming victory in a penalty shootout on their way to the league title – New York in 2016, Louisville in 2017. Their meeting at Slugger Field on a sunny, mid-summer night in Kentucky lived up to those previous meetings, and then some.

So, sit back, relax and enjoy a classic 90 minutes of Championship action.