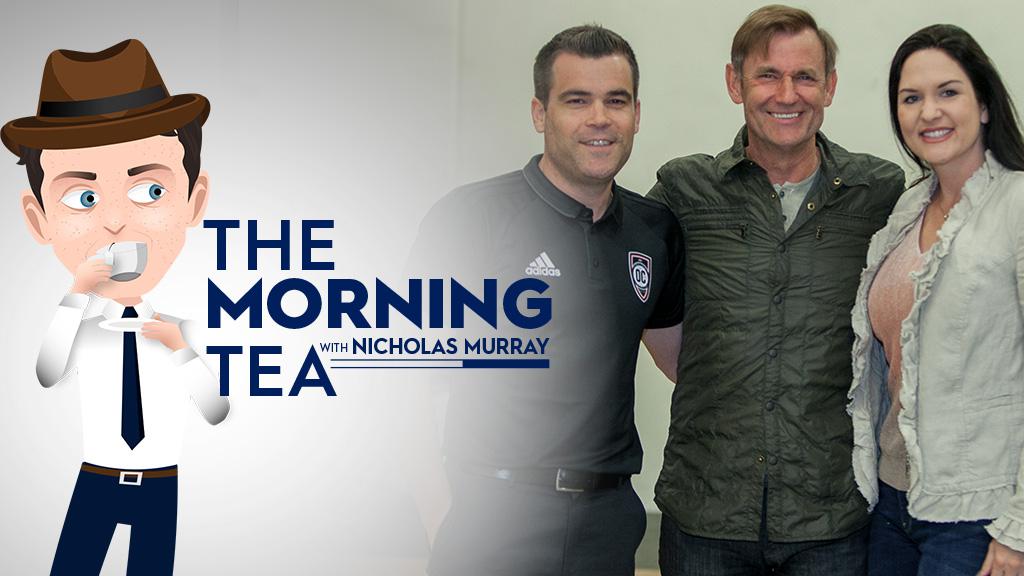 IRVINE, Calif. – As one of the elite goalkeeping coaches in the world – and a regular right-hand man to legendary manager Louis Van Gaal – Frans Hoek has done almost everything you could imagine at the top of the professional and international game.

For the past two-and-a-half years, though, he’s undertaken a very different project as the Technical Director for the USL Championship’s Orange County SC. The Athletic’s Eoin O’Callaghan dug into the pivot in Hoek’s career, which had been bringing him regularly to the United States in the mid-1980s but now holds the central part to his day-to-day work.

“My feeling now is that I really want to help in developing projects,” Hoek told O’Callaghan. “And one beautiful project is Orange County SC. This is my third year involved and I’ve seen where [GM and EVP of soccer operations] Oliver Wyss, who I’ve known for over twenty years, has brought this club – from a field in a university to our stadium at Great Park in Irvine. I’ve seen the development of coaches and the front office, new ownership and the identity of the club grow in terms of playing style.”

Hoek first visited Orange County as a guest of Wyss in April 2017, and before the end of the year had taken up his current position. His experience in player development has proven invaluable, especially for U.S. Youth International goalkeeper Aaron Cervantes. The starter last Friday night in OCSC’s season-opener against El Paso Locomotive FC, Cervantes is one of the star graduates of the club’s academy alongside midfielder Francis Jacobs, with both having signed professional deals as the club’s vision of providing a pathway for top young players has come to life.

For Cervantes, the evolution of the game to where goalkeepers are now expected to have the same feel as outfield players with the ball at their feet was nicely illustrated in a moment against El Paso. Receiving a pass in his own six-yard area with a pressing attacker closing in, the 18-year-old picked out a pass that immediately relieved the pressure.

With the way the game is played nowadays at the top level, Hoek believes that talent is going to be as important for Cervantes as his natural shot-stopping ability.

“[Your goalkeeper] needs to be capable of making that save in the game, maybe in the 94th minute, and that’s still his main job,” Hoek told O’Callaghan. “But it’s completely different. In terms of the amount of work a goalkeeper had 20 years ago compared to today…the good ones dealt with quite a few shots in every game but that was their role at their clubs at the time. Of course, it can always change but right now, my feeling says that those ‘shot-stoppers’ won’t be back. The demands are different now than then. Overall, the build-up work is a lot more important than the purely defensive side. That’s just statistics. I don’t make it up.”

As the goalkeeping position has evolved, so has the sport in the U.S. since Hoek first visited in 1984. And as Orange County continues to build its reputation as one of the leading clubs on the field in the Championship, his insight and out of the box thinking is only going to help the club grow progressively stronger.

Wanted to take time to express my gratitude to all of you at Sat nights @SacRepublicFC match. Moment i will never forget. This is why I had to come back to this indomitable city! #SacTown #Sacramento pic.twitter.com/PvRW0uMvi0