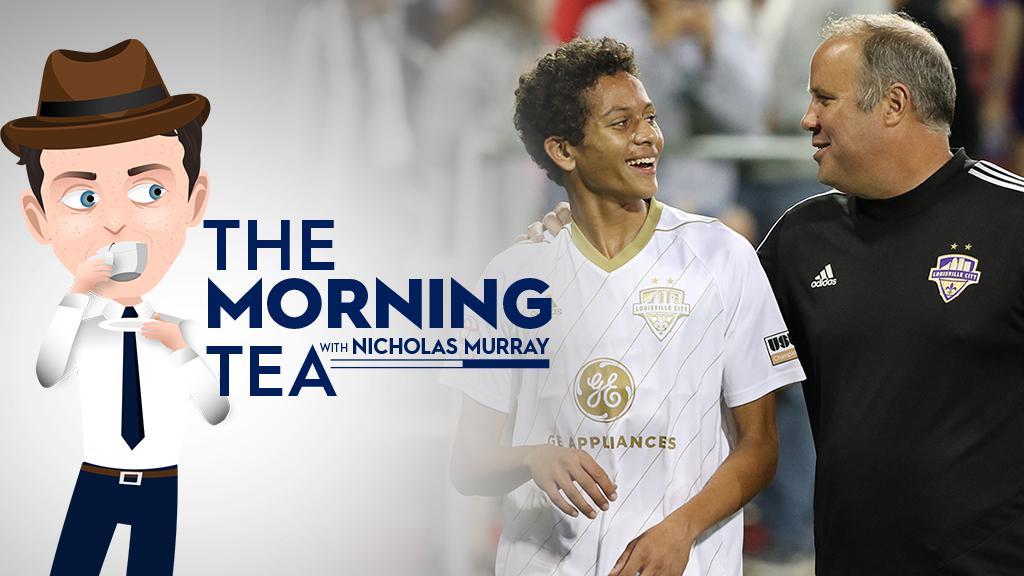 Good morning everyone, it’s matchday out on the west coast as we kick off Week 2 of the 2020 season

LOUISVILLE, Ky. – Following the lead of other USL Championship clubs, Louisville City FC has previously been active in the Academy realm in collaboration with some of its top local clubs.

Last season and this, it has signed two players – Elijah Wynder and Muamer Ugarak – to USL Academy contracts for its Championship squad, and last month assembled a squad of top local talent to compete at the USL Academy’s Eastern Conference event in Florida.

It also recently signed one of the top young players in the country in Jonathan Gomez, a former FC Dallas Academy player that competed last year for North Texas SC as a USL Academy signing, to a professional contract that makes him the youngest players in LouCity’s squad this season.

On Monday afternoon, though, the club took the next logical step on both the men’s and women’s side, announcing this summer it would establish Youth Academy programs that are planned to directly feed into its Championship and National Women’s Soccer League clubs in the future.

“We are excited to announce the next natural step for our organization,” said President Brad Estes. “Launching youth academies for boys and girls is an important next step in both the USL and the NWSL. As we continue to grow as a club with a focus on improving quality, being able to develop the next generation of stars in our hometown is paramount.”

It’s no secret that the USL and its clubs are looking to build extensively from the ground up. As of the start of the 2020 season, 13 independent clubs had USL Academy signings on their roster. Clubs like Orange County SC and San Antonio FC have also signed their top talent – including U.S. youth international Aaron Cervantes (OC) and more recently Jose Gallegos (SA) – to professional contracts directly from their academy programs.

That’s the direction LouCity is now aiming to go on both the men’s and women’s side. With the organization’s NWSL side set to launch next year, providing a pathway for the best local talent to one day represent their city is one that will pay dividends long-term.

“With the success of our men’s program and the ambition we have for our NWSL team, it is the next step for us,” said Soccer Holdings Executive Vice President James O’Connor, who previously was instrumental in setting up the club for the tremendous success it has had in the Championship. “It’s a natural progression and a program we are thrilled to offer our local community. We have already had a number of local players represent our USL team and as we look to the future, we endeavor to have more local talent representing us in both our USL and NWSL teams.”

.@LuchoSoli returned to his nature. And the road was not easy. It was a real battle that began in August 2018 when he played his last official match.
After almost 2 years and two hip surgeries, #Soccer has him back and this is his story pic.twitter.com/fyVCigQVTu

Incredible support from @USLChampionship fans across the country this past weekend, including sell-out crowds in Sacramento, Memphis, Phoenix and San Diego.

2020 will be our biggest and best year yet. pic.twitter.com/QPlpxQlGB5