Scored hat trick in debut for Rising FC, joined by Asante on Team of the Week

TAMPA, Fla. – The USL Championship announced on Tuesday that Phoenix Rising FC forward Rufat Dadashov had been voted the Championship’s Player of the Week for Week 1 of the 2020 season.

Dadashov made a splash in his debut for Rising FC on Saturday night as he recorded a hat trick in Phoenix’s 6-1 victory before a sellout crowd of 6,585 fans at Casino Arizona Field. The Azerbaijani international was joined on the Team of the Week by teammate and 2019 Championship MVP Solomon Asante, who assisted two of Dadashov’s goals and also notched his first goal of the season.

Dadashov earned 52 percent of the ballot, narrowly edging out Indy Eleven’s Tyler Pasher, who received 48 percent of the vote after his outstanding two-goal, one-assist performance in the Eleven’s 4-2 road victory against Memphis 901 FC at AutoZone Park. 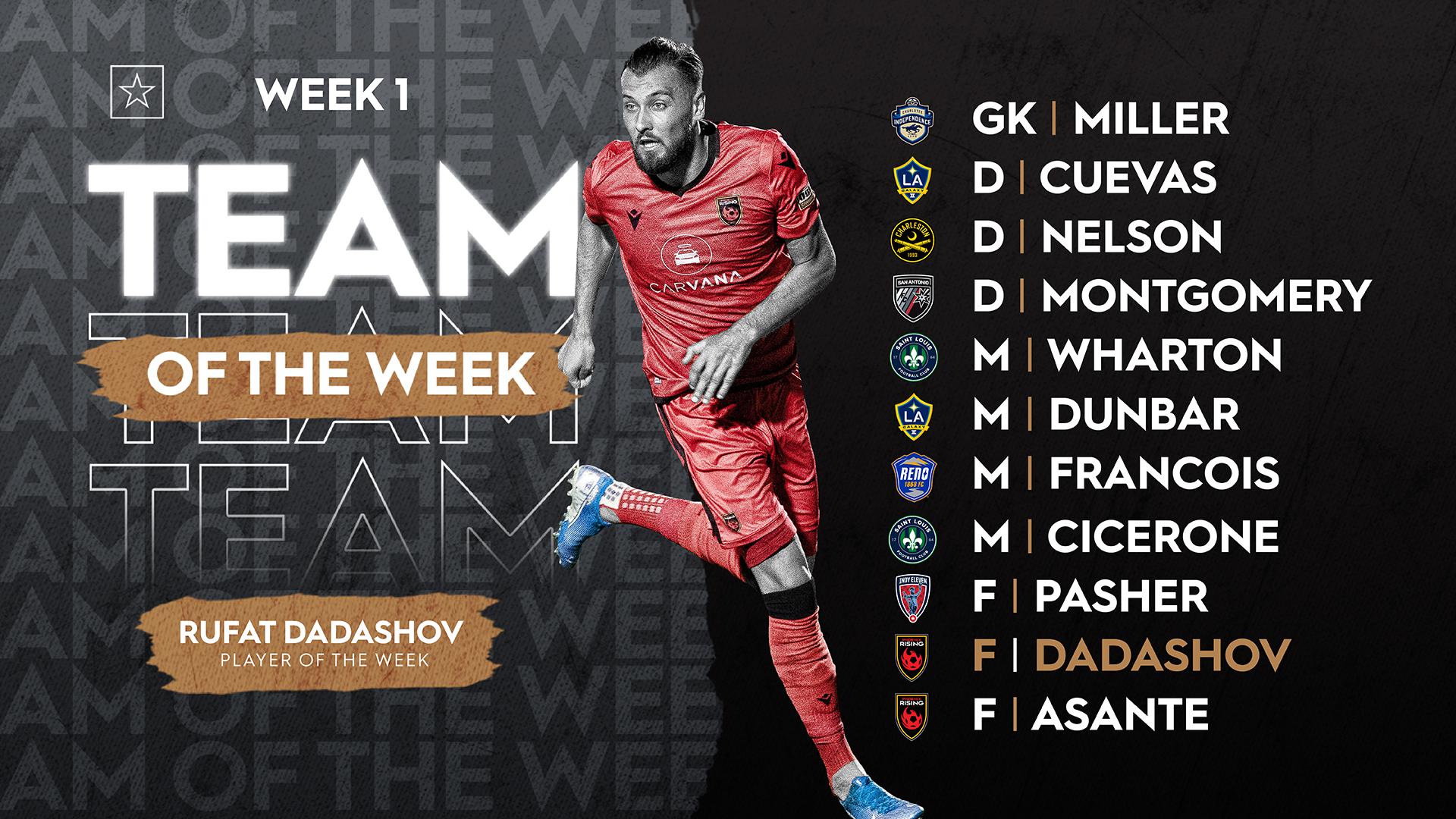 GK – Brandon Miller, Charlotte Independence: Miller recorded a career-high 10 saves – surpassing 300 regular-season saves for his career – to keep the Independence in the game in a 2-1 victory against Sporting Kansas City II.

M – Todd Wharton, Saint Louis FC: Wharton had an excellent debut for STLFC, recording two assists and creating four chances and completing 25 of 27 passes overall in his side’s 4-1 win against The Miami FC.

M – Cameron Dunbar, LA Galaxy II: The 17-year-old sparkled in his professional debut, scoring an outstanding individual finish before setting up another goal on one of two chances created against Rio Grande Valley FC.

M – Christiano Francois, Reno 1868 FC: Francois led Reno’s comeback victory against Tacoma Defiance, scoring what proved to be the game-winning goal and then assisting on Gilbert Fuentes’ insurance tally in a 3-1 win.

M – Russell Cicerone, Saint Louis FC: Cicerone got his season off to a flying start with two goals and two key passes, while also putting six of his nine total shots on target in a 4-1 win against The Miami FC.

F – Tyler Pasher, Indy Eleven: Pasher picked up where he left off in 2019, leading Indy’s comeback against Memphis 901 FC with two goals – one of which was a superb solo effort – and one assists in the Eleven’s 4-2 win.

F – Solomon Asante, Phoenix Rising FC: Asante opened the new season in outstanding form, recording two excellent assists for Dadashov before topping Rising FC’s performance off with a fine finish of his own.