THE MORNING TEA: Inside the Saving of the Charleston Battery 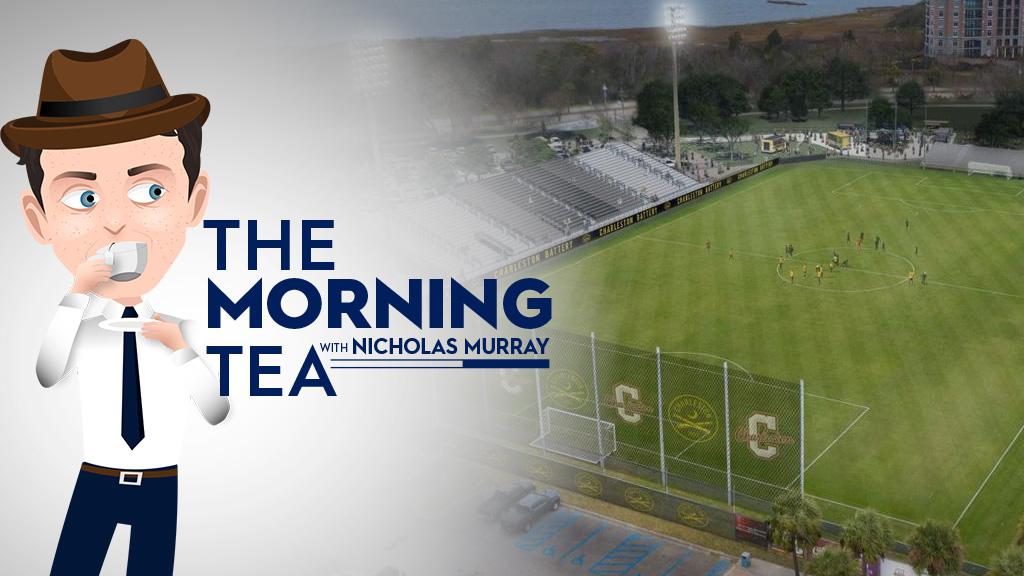 As one of the oldest continuously running professional soccer club in the United States, the Charleston Battery have seen their fair share of big victories over the past three decades in both the USL and the Lamar Hunt U.S. Open Cup.

But one of the biggest victories in the club’s storied history might have come this offseason, when the club’s new ownership group led by Rob Salvatore and the College of Charleston came together to ensure the long-term future of Battery as a renovated Ralph Lundy Field became the club’s new home for the 2020 season.

As detailed in a tremendous longform piece by the Charleston Post & Courier’s Andrew Miller, nothing less than the future of the Battery was at stake as Salvatore emerged as a potential buyer for the club last year.

“In many ways, Rob Salvatore and the College of Charleston saved the Charleston Battery,” USL President Jake Edwards told Miller. “I think all soccer fans in the United States owe them a debt of gratitude.”

Salvatore had become interested in potentially buying the Battery late in 2018, but after the sale of MUSC Health Stadium the question of where the club would call home hung in the balance. With two options at Stoney Field and the Citadel unavailable, attention turned to the College of Charleston’s soccer complex. It was a deal that needed the sign-off from multiple groups but is one that all concerned were happy to get over the line.

“We thought it was a great idea and a great addition to the city of Mount Pleasant,” Mount Pleasant Town Administrator Eric DeMoura told Miller. “To have a professional franchise, our first in the city, like the Charleston Battery was a dream come true. Win-win is an overused expression, but this was truly a wonderful thing for all parties involved. Christmas came early.”

The Battery picked up another win this past Sunday as Zeiko Lewis’ goal earned a 1-0 victory against Atlanta United 2 to open the club’s 28th season. As the lone side to have reached the USL Championship Playoffs in every year of the league’s history, Salvatore believes the tradition of success on the field will continue.

As the club moves into its new home at the end of the month with sharp new branding and greater accessibility from Charleston’s downtown, the start a new chapter for one of American soccer’s historic clubs has arrived.

“This is a foundational year for us,” Salvatore told Miller. “If we are drawing more fans regularly at the end of the season than at the beginning of the season, I’d view that as a success off the field.”

1) American soccer is always better when @BrianStraus is writing about it. Glad he's been back.
2) Big #USL update here: DaMarcus Beasley has started discussions about launching a League One expansion club in his hometown of Fort Wayne, Indiana. https://t.co/hHmSr9e80G

Thanks for tuning in to the #USLonESPN Game of the Week @MNUFC!

A point kind of night in the qc pic.twitter.com/XMzoqfDRGP