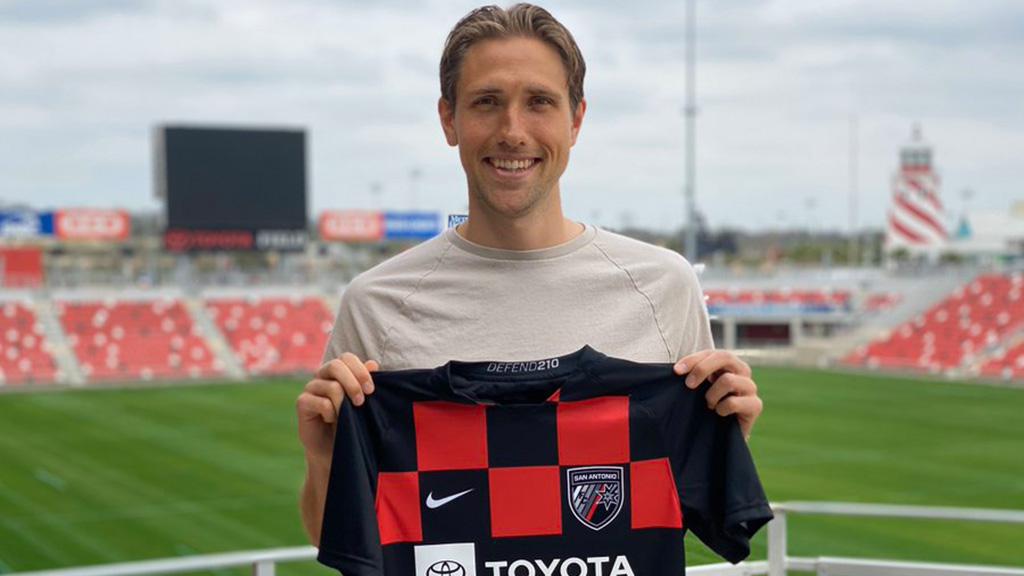 “As a staff, we are excited to add Axel Sjöberg to the SAFC family,” said SAFC Head Coach Alen Marcina. “Axel is a former MLS Defender of the Year nominee, a great on-field communicator and a presence on set pieces. We want to thank the Columbus Crew staff for the season-long loan.”

Sjöberg joins after spending the last five seasons from 2015-19 with the Colorado Rapids of Major League Soccer. While with the Rapids, the 28-year-old made 92 appearances, compiling 7,827 minutes played while scoring three goals. His most successful season came in 2016 when he was named to the MLS Best XI after starting 35 matches between the regular season and playoffs, totaling 3,162 minutes played. The defender helped lead the Rapids to a record-setting 0.41 goals against average at home after conceding just seven in Denver that season. Following the 2019 season, Sjöberg was signed by Crew SC off waivers.

“I’m very excited,” said Sjöberg. “After talking to the players and coaching staff I have heard a lot of good things and things I want to be a part of. I’m ready to get started this weekend against the reigning champions at home.”

SWITCHBACKS ADD VINT ON LOAN: Colorado Springs Switchbacks FC announced the club had signed Will Vint on loan from the Colorado Rapids. Per the Right of Recall incorporated in the loan agreement, the Rapids retain the right to recall Vint at any point during the MLS regular season, subject to MLS roster compliance guidelines.

“Will is a technically very sound midfielder with excellent experience in USL Championship and abroad,” said Switchbacks Head Coach Alan Koch. “He fits how we want to play as a team, and I look forward to seeing him flourish in our environment. He will challenge his teammates and he will be challenged by them as we have a small core group of central midfielders that are all striving for playing time. We look forward to pushing him to higher levels in his young professional career.”

A central midfielder who has previously spent time in the Manchester United FC Academy, Vint is a Colorado Springs native who most recently competed as a USL Academy signing for fellow Championshp club Atlanta United 2 before returning to his home state to join the Rapids Academy. The 18-year-old midfielder notched a goal and an assist in 16 appearances for Atlanta United 2 last year. Vint signed a Homegrown Player contract with the Rapids on March 4, 2020.

UNION II INK McGLYNN TO PRO DEAL: The Philadelphia Union II announced the club has signed midfielder Jack McGlynn to his first professional contractThe 16-year-old midfielder from Middle Village, N.Y. has featured prominently in the Union Academy previously, and continued to shine this preseason with the Union II.

"Jack entered preseason with Union II and impressed the technical staff with his development and skill,” said Union Sporting Director Ernst Tanner. “We’re excited to welcome him to the team see what his contributions bring to the midfield.”

Last season, McGlynn netted a team-high seven goals for the Union Academy Under-17 team while playing across the midfield. His growth led to his inclusion in the Union II preseason camp in Clearwater, Florida where he impressed coaches with his vision, calmness, and mentality. He is expected to play in multiple midfield roles as he continues his development during the 2020 Union II season.

SKC II SIGNS SUPERDRAFT SELECTION: Sporting Kansas City II announced it had signed 2020 MLS SuperDraft selection Jaret Townsend. Townsend was selected by Sporting KC in the Third Round of this year’s SuperDraft and will be added to the Sporting II roster pending league and federation approval.

The 22-year-old spent the first portion of preseason with Sporting KC before joining Sporting II when the USL Championship side’s preseason began in early February. He played 30 minutes for SKC against Phoenix Rising FC trialists, before heading to Sporting II and earning a penalty in a preseason friendly against OKC Energy FC and scoring against Iowa Western Community College.

Townsend started 42 of 75 career appearances in four seasons at the University of Washington from 2016-2019, helping the Huskies reach the quarterfinals of the NCAA Division I Men’s Soccer Championship last month. The midfielder’s standout senior campaign was highlighted by a career-best seven goals, including two in the 2019 NCAA Tournament.